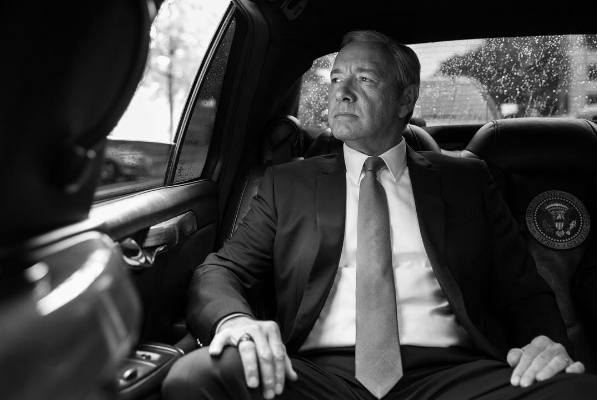 Former presidential photographer Pete Souza has found himself in the familiar role again. This time, he photographed the fictional president Frank Underwood from House of Cards. Kevin Spacey plays the president in this popular Netflix series, and he played the role perfectly in front of Souza’s lens.

Souza, Spacey and Michael Kelly (who plays chief of staff Doug Stamper) were hitting the iconic landmarks of Washington D.C., taking photos for “presidential” portfolio. Souza has already shared some of the photos on his Instagram profile. And as always, he’s done a fantastic job.

Souza’s photos were the first thing I saw on my Instagram this morning. I thought: “Wait, is this Kevin Spacey?” When I confirmed it, I was pretty fascinated. It’s brilliant how fact and fiction got together through this photo shoot. A real presidential photographer photographed a fictional president. And just like he did with Barack Obama – he made some fantastic shots. Considering that I love both Spacey’s and Souza’s work, I really enjoyed these photos.

We’re only a week away from the 5th season of House of Cards, which will be available on Netflix on May 30. And this photo series is a fantastic way to get us warmed up and ready for new events in the lives of Frank and Claire Underwood.