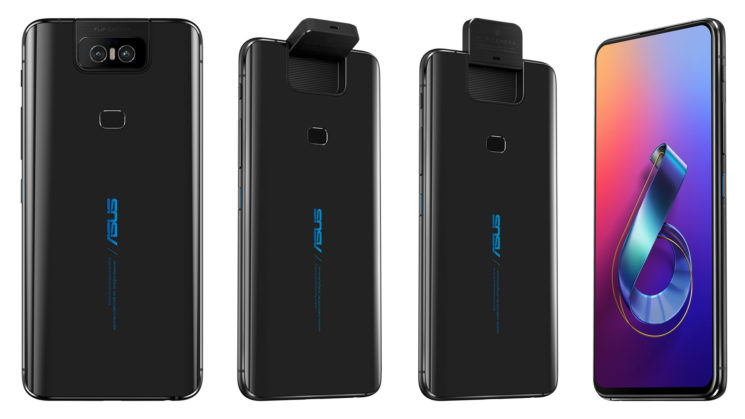 Maximising the front screen space on smartphones has been the goal of manufacturers for a while now. Starting with the iPhone X and its notch, other manufacturers followed suit. Hey, it seemed like a good idea at the time. Since then, manufacturers have been trying to come up with other ways to do it, ditching the notch completely.

The notch was almost a necessity, in a way, due to the front camera found in smartphones. The only real way to get rid of the notch is to get rid of the front camera, and that’s what ASUS has done with the newly announced ZenFone 6. It just has a 48-megapixel main camera and 13-megapixel secondary camera on the rear. You can still shoot selfies, though, because it flips up.

The launch event is still going on as I write this, so this is an article in progress as more information is announced. If you want to watch for yourself, here you go.

Update: The launch event has completed, but I’ll leave it embedded in case you want to watch the replay in full.

Other companies have tried to solve the screen space issue in the last year or two. Oppo, for example, introduced a retracting camera that slid up and down from the top of the phone. But ASUS’ solution seems much more logical to me.

For a start, there are fewer cameras to worry about, freeing up a little more space inside the phone for other goodies – like expanding the battery to 5,000mAh capacity. But having the rear camera flip to the front also means that you can get the same high resolution, dynamic range and quality that we expect from a rear smartphone camera these days. I know from my ZenFone 5, the rear cameras are much better quality than the front one. 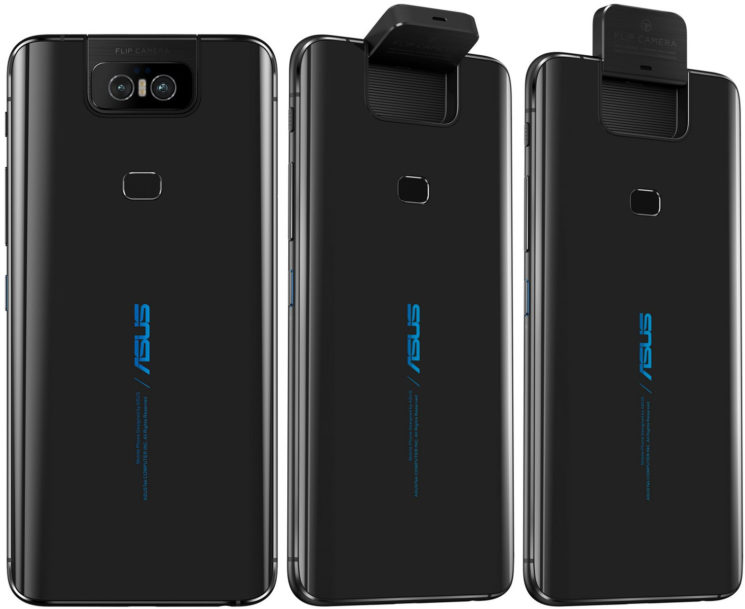 The fingerprint scanner is also on the back, and like the ZenFone 5 (and not a certain other manufacturer’s phones) it’s a respectable distance from the cameras, so you shouldn’t accidentally cover those lenses in fingerprints. 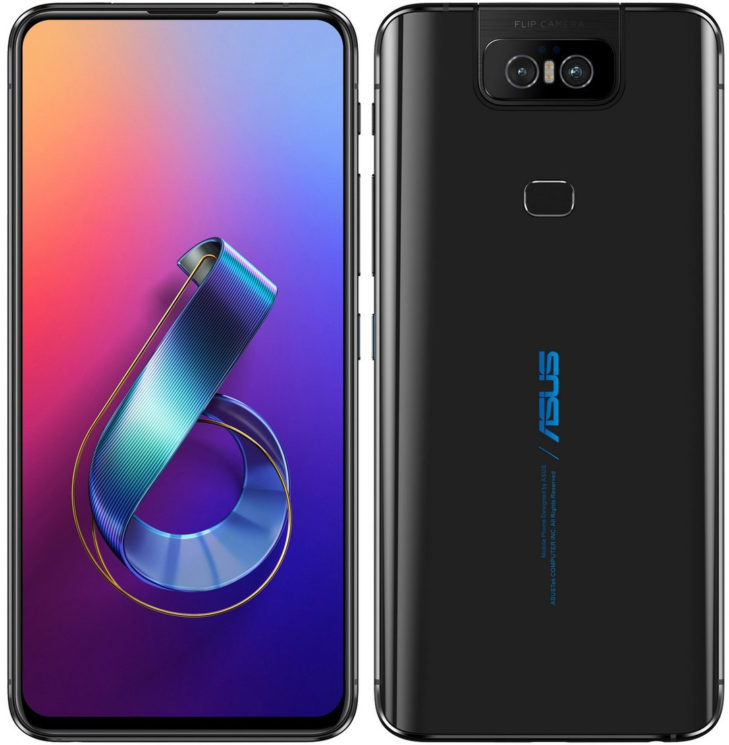 Moving around to the front of the phone, as there’s no front camera, offers us a 6.4″ display with no bezel, a 92% screen-to-body ratio and a resolution of 2340×1080. It’s a 600nit IPS capacitive touchscreen LCD display offering 100% DCI-P3 and HDR10 colour and dynamic range.

Another development over the ZenFone 5 is that while the 5 is indeed a dual sim phone, the second sim card slot pulled double duty. You could either pop in a second sim and keep your phone on two networks or you could use that second slot for a microSD card, increasing your phone’s storage capacity. The ZenFone 6 has a triple slot tray, allowing for two sim cards and a microSD card at the same time. No more compromise.

The microSD card slot, according to the spec sheet I saw, says that it supports cards up to 1TB in capacity, although my ZenFone 5 and ZenFone 4 both list support for cards up to 2TB. Either way, it should support the new 1TB SanDisk Extreme A2 microSD cards that went on sale today.

A release date hasn’t been announced yet, but prices have – at least for Europe.

You can see the complete specs and find out more on the ASUS website.