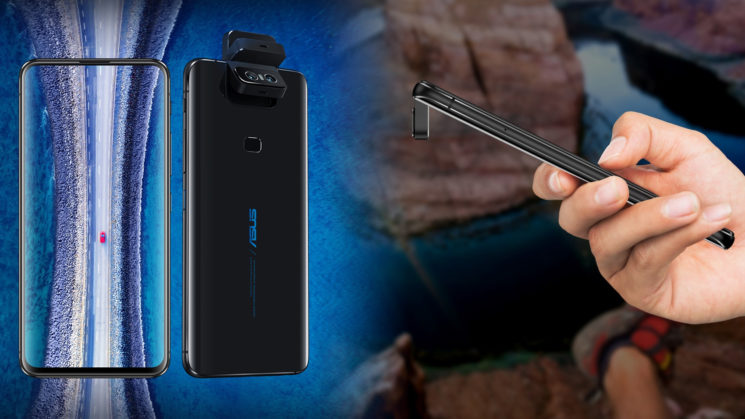 There’s been a lot of talk about the Flip Camera on the ASUS ZenFone 6. It immediately jumped to the top of DxOMark’s “Selfie Camera” leaderboard, which isn’t really surprising given that its front camera is also its rear camera. But a lot of that talk has been about its potential durability. Well, Zack at JerryRigEverything decided to put the Flip Camera to the test to see just how tough it really is.

The phone itself comes very highly specced, keeping up with just about any high-end flagship smartphone. It has a Snapdragon 855 processor, up to 8GB RAM & 256GB storage, a 48-megapixel camera, a 6.4″ NanoEdge display with 600 nits brightness, 100% DCI-P3 colour, and a pretty massive 5,000mAh battery.

The Flip Camera’s mechanism is rated to 100,000 actuations. That’s around 100 selfies a day for around 3 years. And if you drop the phone while shooting that selfie, it detects this and closes the camera before impact – at least, that’s the plan, it will depend on the height from which it falls.

The durability of the camera’s hinge and motor was tested during the ZenFone 6 announcement live stream, by the son of ASUS Global Marketing Director, Marcel Campos, who got to have a good play with it. In the way that kids usually “play” with electronic devices, that is. About the only thing he didn’t try to do with it was flush it down the toilet.

Zack also tests the durability of camera hinge, the motor that powers it and a bunch of other things in the above video. And he does it with even more vigour than the young Master Campos. Even he was impressed with how well it stood up to the abuse he subjected it to.

I’ll be switching my ZenFone 5 out for the new ZenFone 6 at some point soon, but I’m pretty sure I won’t be treating it like this. At least, I’m not planning to. But if something should… accidentally happen to it, I won’t be all that worried about the camera.

If you want to find out more about the ASUS ZenFone 6, head on over to the ASUS website.

« These ethereal portraits were created using a flatbed scanner
This is how focal length affects your portraits, from 24 to 135 mm »