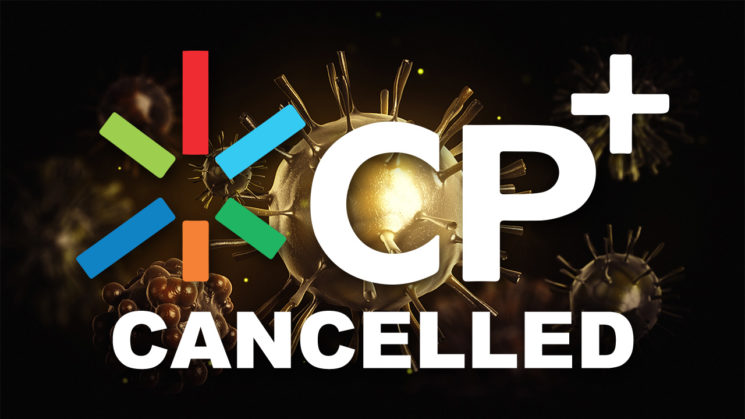 The first major photography trade show of the year, and one of the largest in the world, CP+ 2020 has been cancelled over coronavirus fears. Japan has reported its first death as a result of the COVID-19 coronavirus, the second such confirmed death outside of China. Amid fears that there is no effective treatment or containment measures, organisers have chosen to cancel CP+2020.

This is the second major tech event to be cancelled over coronavirus fears. The world’s largest smartphone show, Mobile World Congress (MWC) was cancelled on February 12th. A notification the CP+ website informs readers of the cancellation of the show, which was planned to take place between February 27th and March 1st, 2020.

There’s no news on what might happen to other industry shows coming up in the next couple of months, including NAB in Las Vegas, The Photography Show in the UK or Photokina in Germany, but we’ll be keeping you all informed as we hear more. NAB, is at least considering the possibility, after saying in a statement…

The National Association of Broadcasters is closely monitoring the outbreak of the coronavirus (COVID-19) in China, with an eye toward its potential impact on attendance and exhibitors at the 2020 NAB Show, April 18-22, in Las Vegas.

As of this writing, no exhibitors have pulled out due to the virus; however, NAB is currently reaching out to companies from China to assess their status.

Many new gear announcements were expected at CP+ 2020, including the Nikon D6, Canon EOS R5, EOS 850D and others. This may have been why so many announcements were released in the last day or two. Exactly when the rest of the expected announcements will come is unknown. They may just bring them forward to be sooner rather than later, while others might wait to see what happens with NAB and delay the announcements until then if it’s going to go ahead as planned.

The Photography Show (TPS) in the UK is planned for March, a month before NAB. It doesn’t receive a huge international audience like we see at shows like CES, CP+, NAB, Photokina and IBC, so it may still go ahead. We’ve reached out to show organisers for a statement.

Photokina is still set to take place in Cologne, Germany in May, a month after NAB, and while there haven’t been any vendor cancellations announced due to the coronavirus, a number of high profile companies such as Nikon, Leica, Olympus and Fujifilm had already pulled out of Photokina this year. Photokina was cancelled last year, and if it doesn’t go ahead again this year, it may spell the end for the long-standing event which has been running since 1950.