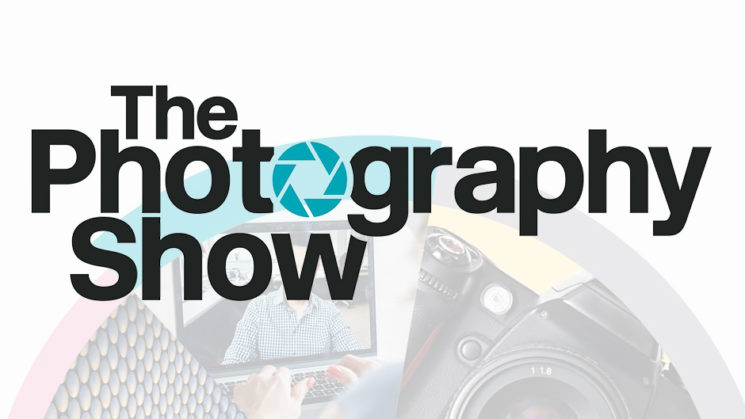 In a not too surprising move, The Photography Show organisers have just announced that this year’s physical show at the Birmingham NEC, originally planned for March and rescheduled for September has now been cancelled. Instead, TPS 2020 will be a virtual show on Sunday and Monday the 20th and 21st of September.

What is surprising, however, is that TPS 2021 is not scheduled to return at the traditional March date. It will still be at the Birmingham NEC, however, it’s moving to September 18-21st, 2021. The good news, though, is that all entry tickets and passes that were booked and confirmed for this year’s show will still be valid for TPS 2021.

The cancellation of this year’s physical show and the move to an online virtual show was announced to the world via a Facebook post.

As the post mentions, the show is going virtual, and online events will happen on September 20th and 21st. Right now, that’s pretty much all the information that’s been offered. The Photography Show website has not yet been updated and still states that the postponed show is to take place on 19-22nd September 2020. No doubt this will change soon, as organisers say that more will be coming soon. 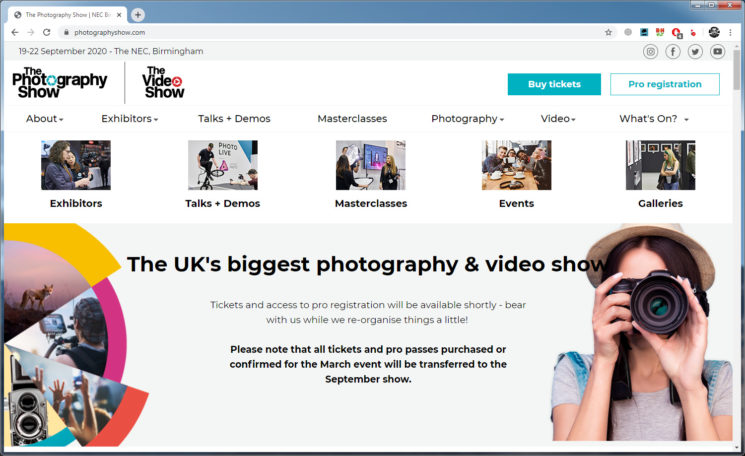 The status of The Photography Show website as of the announcement being made.

It really wasn’t unexpected, given the state of things in England right now, although the move to September is quite an interesting and possibly very smart move.

When Photokina announced their move from September to May in 2017, it essentially marked the end of photography major shows in the latter half of the year throughout the UK and Europe. Sure, there’s still IBC in Amsterdam each September, but that’s primarily focused on video. New York has PPE in October, but that doesn’t help many people on this side of the Atlantic.

Whether or not the move from March to September is a permanent arrangement or it’s just for next year to give companies time to recover from the effects of the coronavirus, I don’t know. But I think moving the show to a permanent September spot could be a very good move as there will be little else to compete with to keep the attendance up. It’s may also potentially be the only decent sized show in Europe at which manufacturers will be able to make their big Q3/4 announcements.

If this is the plan and their move is permanent, it would hopefully mean that The Photography Show will massively increase in size, too. It’s a great show, but it dwarfs in comparison to what Photokina used to be (and even the shrunken version it’s become today) and large video shows around the world like NAB and IBC.

Pretty much the only show this year that now hasn’t yet cancelled are PPE and the NAB event in New York, both taking place in October. I wouldn’t get your hopes up, though.

« Netflix’s “Abstract: The Art of Design” is now available for free on YouTube
Colour in cinema: Abstract colour in Katsuhiro Otomo’s Akira »