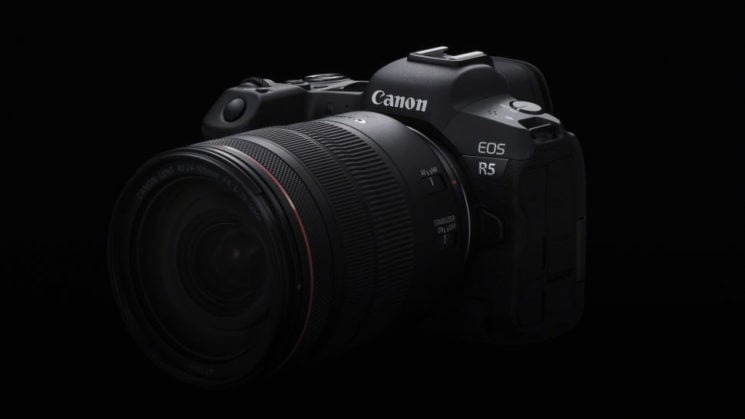 Canon has teased some real info about the rumoured EOS R5 full-frame RF mount mirrorless camera, and it looks like it’s going to be a bit of a beast.  First of all, it’s real, and it will definitely be called the EOS R5.

Aimed squarely at professionals, and looking to take sales from Sony’s A7R IV, the two big features of the EOS R5 are that it will be able to shoot 8K video and will be Canon’s first camera to utilise in-body image stabilisation.

Canon hasn’t released the full spec for the camera yet, and they still haven’t confirmed what sensor is inside the camera or what resolution stills it will shoot, but if the recent 45-megapixel sensor rumours are true, it would make sense for the claimed 8K video resolution – it’s unlikely to be RAW, though, as early rumours suggested.

Yes, 8K video seems pretty ludicrous, but Canon says that it’s there for “futureproofing video content”. It would allow you to simply scale the footage down, for now, to improve overall sharpness vs just shooting a 4K camera, and in the future, as huge 8K screens become available, you’ll be able to re-render out for the higher resolution. Even if you don’t plan to eventually put out 8K resolution, it allows you to crop and reframe for 4K. 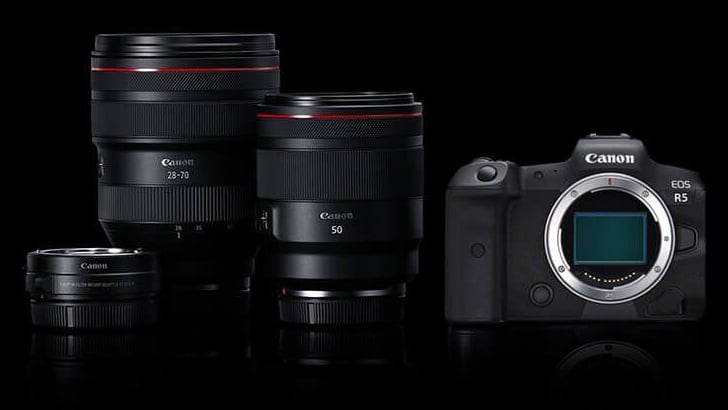 Although it hasn’t been confirmed, I think we can make the safe assumption that it will be a dual card slot camera. The only question remains what those slots will be. Will it be dual CFexpress like the 1DX Mark III and Nikon D6? I think it must have at least one CFexpress slot if they’re planning to put 8K video in this thing.

Whether or not the other slot would also be CFexpress or UHS-II SD card remains to be seen, but I think CFexpress + SD would be the most likely option. Will it also allow recording to an external SSD over Type-C USB like the Pocket 4K? And what about those 4K and even 1080p frame rates? 8K at 30fps means potentially 4K at 120fps and 1080p at 480fps (wouldn’t that be nice?) 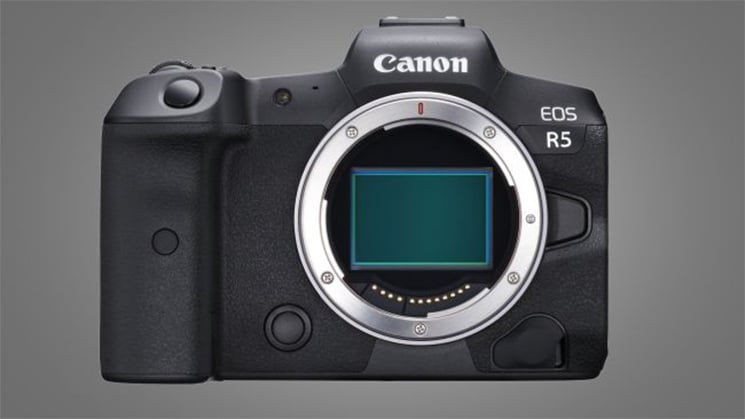 Canon IBIS is a thing now, too, it seems. Finally. Canon has put off putting IBIS into their cameras, with the claim that having it in the lens is simply superior (and I don’t disagree). But with so many other camera systems now offering stabilisation in both the camera and the lens, working together, Canon’s hand has been forced and they’ve had to make that leap.

Canon says that their new IBIS system “will work in combination with the lens stabilization system” as other IBIS systems often do. It also means that you’ll still have at least some level of stabilisation with non-IS lenses (which is really the bigger deal with IBIS). With so many people adapting glass from other systems now, it’s frustrating to put another system’s lens on there and completely lose all stabilisation.

It seems like the EOS R5, rather than just being a 5D Mark IV replacement, is also the replacement for the EOS 5DS/5DSR cameras, combining the versatility of the regular 5D line with the high resolution of the 5DS. Although, there are still rumours of an even higher resolution Canon RF mirrorless camera on the way.

Either way, it seems like Canon’s finally answering (in mirrorless form) Nikon’s D850. And although a little late to the party, it does seem like Canon’s starting to take full-frame mirrorless a little more seriously.

No price has been mentioned yet, but given that it looks set to compete with the Sony A7R IV, The Nikon D850 and Nikon Z7, I think we can probably expect a price somewhere around $3,000-3500.

There’s still a lot that we don’t know for sure, but the camera’s not expected to be released until July. So, no doubt, Canon will be milking this for all it’s worth in the run-up to an official announcement. For the most recent round of rumours, though, see here.