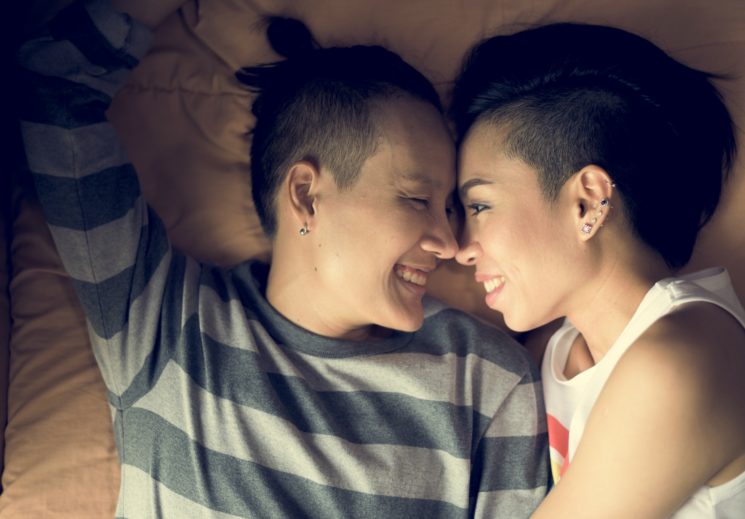 Kentucky-based photographer Lacy Hilliard recently ran an ad for her business in a local magazine. Little did she know that one of the photos would trigger a reader so badly, that they had to call her and leave an angry voicemail. The photo shows a homosexual couple, and it got the caller so offended, that they called it “ungodly” and “disgusting,” telling the photographer to “rethink her values.”

Lacy runs Wandering Elm Photography in Somerset, Kentucky. She posted the ad in the local Money Saver magazine ahead of Valentine’s Day – the day that celebrates love. And since she believes (and I agree) that love is love, one of the photos in her ad shows a homosexual couple.

Apparently, the ad couldn’t go without an offended reader. In a video, Lacy shared the voicemail she received shortly after the ad was published. It was from a woman who was apparently maddened by the photo of two people in love, who did absolutely nothing wrong to her in any way.

The caller calls Lacy’s ad “ungodly,” and repeats that it’s “disgusting” so many times that this word has started to lose its meaning. She just couldn’t understand why Lacy would put “something as disgusting as an abomination” in her advertisement. “You really need to rethink your values and rethink where you are advertising this. This is Kentucky,” the caller adds, not thinking for a single moment that perhaps it is her who needs to rethink her values.

As you can probably tell, I am pretty triggered by this, and I’ve even tried really hard not to show just how much. Homophobic people generally drive me nuts. But what made me feel a bit better is seeing the number of encouraging, positive, and supportive comments Lacy received after sharing the voicemail.

Speaking to Lex18, Lacy said that she wanted to make sure her ad was inclusive. “All people are welcomed at my studio regardless of race, color, sexual orientation any of that,” she added. And apparently, many people who watched her video share her opinion, myself included.

The comment section under Lacy’s video has turned into a powerful display of love and support. I didn’t read all 500+ of them, but I still read a lot, and they’re all truly heartwarming. I wonder if the caller read them and at least gave it a quick thought about whose values should be reconsidered. But even if she didn’t, there are so many wholesome comments under the video, that I had my faith in humanity restored. Seeing all those comments makes me feel less lonely in an opinion I fee is right: love is love.

Photographer Bashed For Flash Dragging At A Concert, Photos Are Sweet