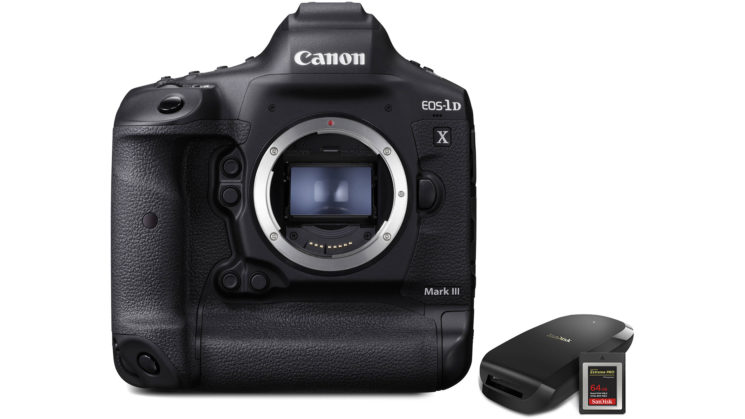 It’s the first day of CES 2020 so there are a few new gear announcements today. This time it’s Canon’s turn, with the official announcement and complete specs for the new Canon 1DX Mark III DSLR. The rumours have been coming thick and fast on this one ever since the development announcement in October. A spec sheet was leaked a few days ago, and today we discover if it was accurate.

As Canon’s flagship body for sports and wildlife, the focus of the 1DX Mark III is speed, shooting at up to 16fps with the optical viewfinder or 20fps in live view using either the electronic or mechanical shutter. It also has a huge buffer that can hold 1,000 shots even when shooting raw+jpg to let you keep going for as long as possible without having to wait for files to write out to your memory cards – which are dual CFexpress.

Like its predecessors in the 1DX lineup, it’s a full-size body with a built-in vertical grip and a second set of controls for shooting portrait orientation. Ergonomically, it should feel as familiar as the 1DX Mark II and will be a comfortable upgrade for those getting ready to cover the Tokyo 2020 Olympics.

To maintain maximum speed, the 1DX Mark III isn’t a super high-resolution camera, housing only a 20.1-megapixel sensor. But for the intended use of a camera like this, it’s more than plenty. The lower resolution also means larger photosites which allow for a native ISO range from ISO100 up to 102400 (50-819200 expanded) for working on lower light situations like dimly lit sports arenas. 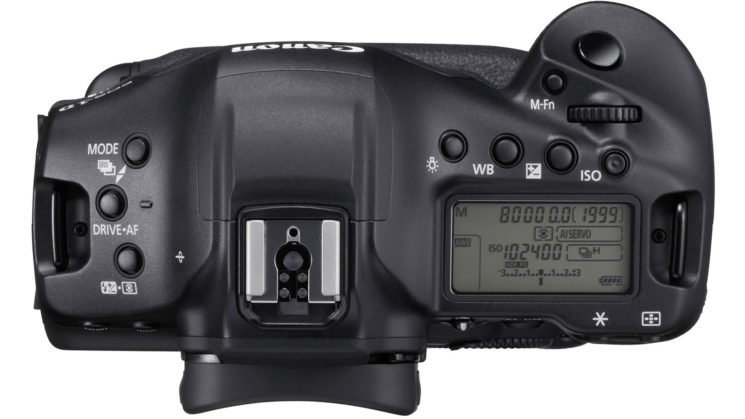 The autofocus system has 191 AF points with 155 of them being cross-type. When shooting in live view, the Dual Pixel AF system kicks in providing 3869 manually selectable AF points, with 525 automatic positions. When shooting video, the Movie Servo AF mode offers “smooth and natural focusing” when switching between different subjects at different distances, with touchscreen AF on the LCD.

Overall, it offers some nice advantages over the 1DX Mark II, but whether it’s going to be worth upgrading for you will depend on your own needs and whether those advantages benefit you. I imagine we’ll be seeing a lot of these at the upcoming Olympics in Tokyo, though, as well as other major sporting events over the coming months.

The Canon 1DX Mark III is available to pre-order now for $6,499 and is expected to start shipping at the end of February.

« The Nikon D780 has officially been announced with Eye AF and 4K 10-Bit HDMI output
Insta360 teams up with Leica for the ONE R – A modular action camera with a 5.3K 1″ sensor »