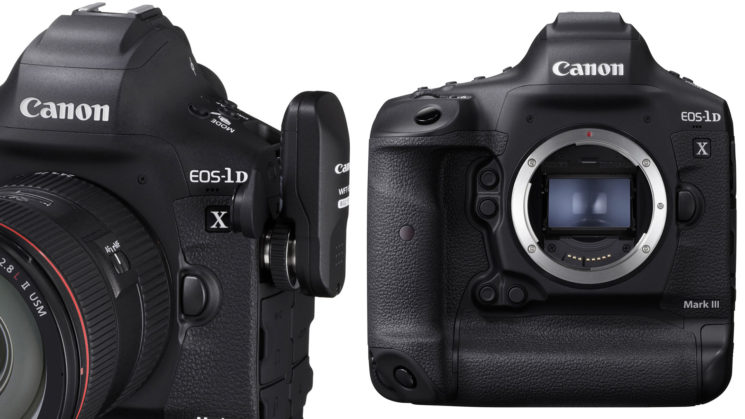 Now, the full specs appear to have been leaked, if this report on Canon Rumors is accurate.  It shows a 20.1-megapixel sensor (same as the Mark II) with 5.4K RAW internal video capabilities. The fact that these are leaking now, especially with rumours of a Nikon announcement at CES, we might hear more official word on this one in the next few days, too.

I’ll post a longer list of specs below but these are the biggest highlights, which will no doubt produce some mixed feelings.

The lack of Dual Pixel autofocus when shooting 4K 60p or 5.4K RAW video will no doubt be a dealbreaker for some, although the inclusion of 5.4K RAW video at all will just feel superfluous to those who only want to use it for its stills capabilities. And while the 20.1-megapixel sensor doesn’t offer the resolution bump some might have been hoping for, the larger buffer and the faster CFexpress storage will allow you to shoot those stills very quickly.

The Canon EOS-1D X Mark III will be blisteringly fast – offering exceptional precision, reliability, high-performance autofocus, and subject tracking – providing photographers with a tool that will help to capture the shot they are chasing. The camera’s new autofocus algorithm will improve stability and tracking when using both the Optical Viewfinder and in Live View shooting mode, using Deep Learning Technology and adapting to help facilitate accurate focus tracking for every shot. When using the optical viewfinder the camera will use a new autofocus sensor, with approximately 28 times the resolution in the center of the EOS-1D X Mark II. Offering the ability to autofocus in even brighter and darker situations than before and with greater precision, the camera will have a range of autofocus capabilities, which will enable the photographer to get their shot.

One thing that does seem to be very clear from the specs leak is that it will likely not contain IBIS as there’s no mention of stabilisation anywhere.

Even the list above is somewhat cut down from the leak to help better organise the more important overview, but for the complete list of the specs and details, check out the post on Canon Rumors.

If this leaked list is accurate, the Canon 1DX Mark III is going to be a very formidable camera amongst sports and wildlife photographers. It will be interesting to see how Nikon responds in the form of the D6, about which there have been very few rumours.