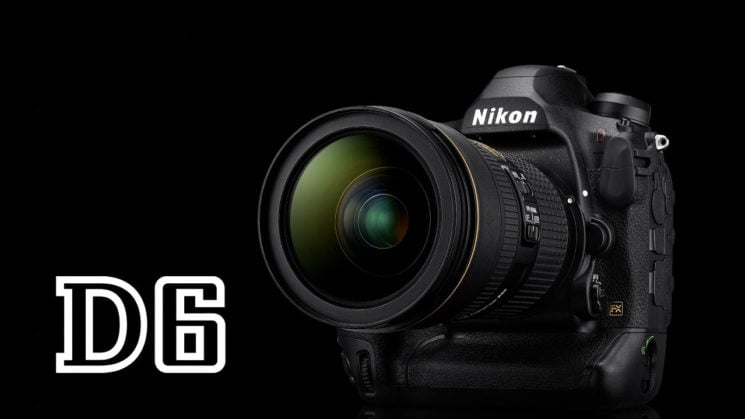 The Nikon D6, Nikon’s newest flagship DSLR, has now officially been announced. While not all of the rumours were true, it’s an impressive looking camera. It has a brand new 105-point all cross-type autofocus system, ISO from 100 to an impressive 102400, built-in GPS, WiFi, Bluetooth and Gigabit Ethernet, dual CFexpress slots, and more.

One of the most notable features, however, is that it appears to have some form of Eye AF implementation when shooting in regular optical mode through the viewfinder. Nikon says that “the D6 is the first DSLR to let you prioritise focusing on your subject’s eyes when using Auto-Area AF or 3D tracking”.

Like the recently announced Canon 1DX Mark III, the Nikon D6 is built for speed and versatility. As such it has a relatively modes 20.4-megapixel sensor. But for the vast majority of people who’ll be shooting something like the D6, where images are often just going to the web, magazines or newspapers, this is more than plenty.

Some of the rumours turned out to not be true, however, which will likely be a disappointment to some. As mentioned, the sensor is 20.4-megapixels, not the 24-megapixels that had been suggested, but this is about the same as the Canon 1DX Mark III. And if you were hoping for IBIS, then just forget about all that right now, because it’s not coming. 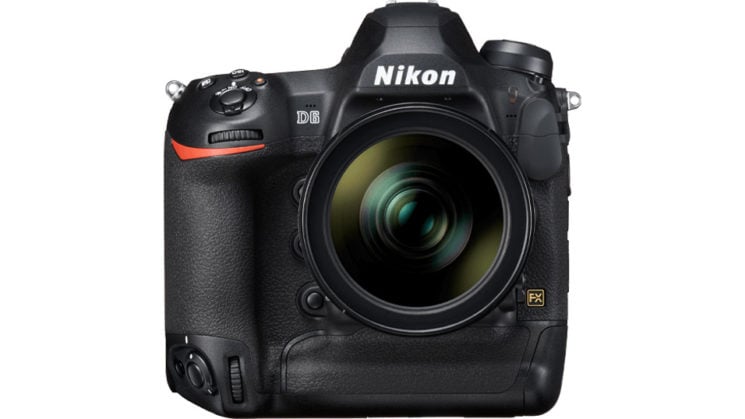 It does offer 4K 60fps video, but it’s 4K UHD, not 4K DCI like the 1DX Mark III, and internally it appears to only be 8-bit h.264. Hopefully, the HDMI will allow you to send out a clean uncompressed 10-Bit or greater signal for external recording. For HD video, another disappointment, reporting speeds up to only 60fps, not the expected 120fps or higher.

As one would expect from a Nikon flagship DSLR, though, it’s at least built tough. To handle as many potential shooting environments as possible, the Nikon D6 is weather-sealed and has a magnesium alloy body. Whether or not it’ll stop a bullet, I don’t know, but my experience with Nikon DSLR build quality over the years has been very good. 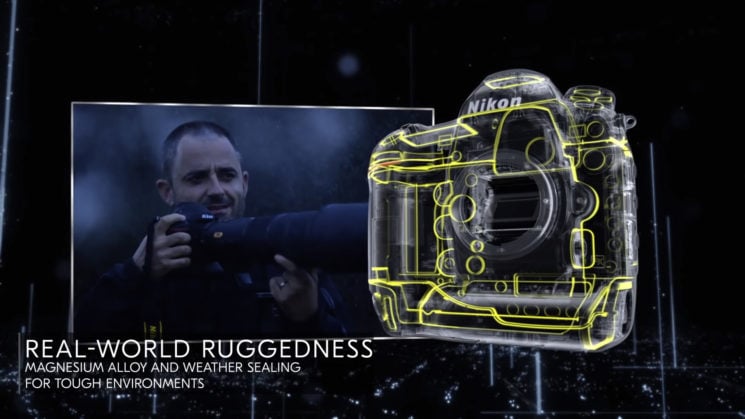 Despite the official announcement, some of the specs appear to be missing from the Nikon website. There’s no mention of exactly what level of dust and weather sealing the D6 features, although I think we can expect it to be at least as good as the Nikon D5. There’s also no mention on some technical specifics, like the GPS and exactly which signals and protocols it supports.

And even eye-priority autofocus, which I see as its single most outstanding feature isn’t even mentioned on the Nikon UK website beyond this short little blurb. There’s no other mention of eyes in relation to autofocus anywhere else on the page or in the specs.

One detail they do mention, though, is battery life, which is significantly longer than the Canon 1DX Mark III with standard optical shooting. The 1DX Mark III offers up to 2,850 shots on a full charge using the optical viewfinder. Impressive, sure. Not quite as impressive as the 3,580 shots that the D6 offers, though. While the D6 uses a newer EN-EL18c battery, it is also compatible with the EN-EL18, EN-EL18a and EN-EL18b batteries, so you can continue to use ones you may already own. Nikon does say that fewer images can be shot with the original EN-EL18 vs the other three, though.

It’s a pretty formidable camera, though, overall. We know this because the D5 was. For the kinds of demands that would-be D6 owners will have, it looks rather good, and for those taking one to the Tokyo 2020 Olympics, it will no doubt go on to produce some wonderful imagery. If you’re stepping up to this level of camera for the first time, I think it’s a great choice.

But, it’s also pretty underwhelming, as flagships go. If you already own a D5 and are wondering if you should upgrade… Well, I’m not really sure that you should. For the most part, not much seems to have changed except for the eye priority during Auto-Area AF or 3D tracking and 105 all cross-type AF system, and is it really worth the cost and hassle of swapping out a couple of bodies?

To me, it seems like the classic Nikon “almost, but not quite” release.

For those who do want one, you can pre-order now for $6,496.95, with shipping expected in April. If you want to get your hands on one and do the whole “try before you buy” thing, the D6 will be appearing at The Photography Show in the UK in March, and likely CP+ 2020 at the end of this month in Japan.