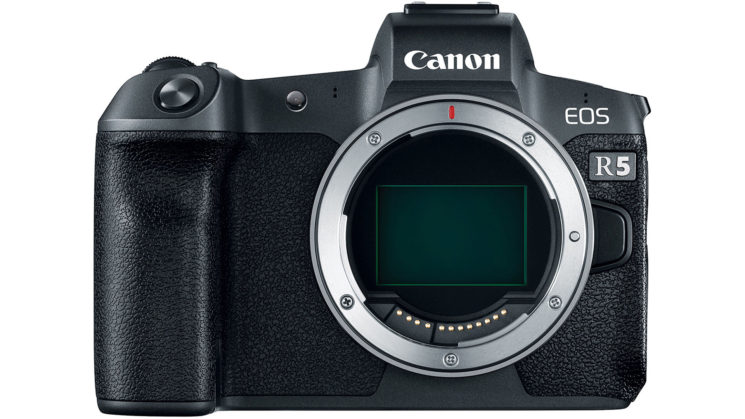 Well, this has been an interesting one. Rumours have been flying all day about an upcoming Canon mirrorless camera. That camera, according to Canon Rumors now appears to essentially be a mirrorless update to the 5D Mark IV. The EOS R5 will have a 45-megapixel sensor, shoot up to 20fps and insanely high resolution 8K 30fps video.

According to the report, these are the expected specifications – and they rate the ones in bold at having a highly likely chance of being true.

It certainly would be a nice upgrade for 5D Mark IV users, but with Mark V rumours on the way, may we see both DSLR and mirrorless 5D Mark IV successors along similar lines to the Nikon Z6 & D780 (well, except for the whole dual card slot thing).

Speaking of card slots, it doesn’t mention what slots we may expect to be able to see or how many. I would think that a camera of this spec would almost certainly be dual card slot, but will it be 2x UHS-II SD? Or one SD card slot and one CFexpress? 8K 30fps video is going to have some pretty intense storage speed demands, especially if it’s raw video, that UHS-II SD alone may not be able to keep up with.

There’s nothing official yet, obviously, but with CP+ in Japan at the tail end of next month, we might find out something within the next few weeks.

Update: As a reminder, Canon did confirm a year ago that they’re working on an 8K EOS R camera