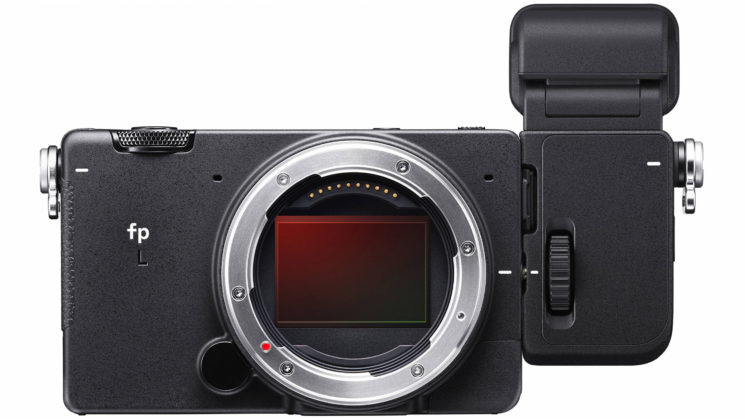 Well, Sigma has now officially announced their new Sigma fp L mirrorless camera and… Well, it’s a bit meh, really. Sure, it has a shiny new 61-megapixel backside illuminated sensor, but it’s not the rumoured new colour filter array. It’s just a regular Bayer sensor. And like the Sigma fp, there’s still no mechanical shutter and no IBIS.

It does retain the same form factor as the original Sigma fp, though, so fp owners looking to upgrade to the fp L should be able to retain any of their current SmallRig cages and other bits designed for the fp. It’s an odd upgrade, because it seems to be geared towards photographers with the new high res sensor, but lacking features photographers wanted in an fp follow-up.

Sigma CEO, Kazuto Yamaki introduced the new camera on a live stream. It contains a 61-megapixel BSI sensor with a “weak optical low pass filter”, which he says is the most beneficial combination to provide maximum quality and natural colour while minimising the effects of moiré. But it still has no mechanical shutter and no IBIS.

My Yamaki says that Sigma sees the camera as essentially four devices in one for different uses. The first two are pretty much a given for any mirrorless camera being released today and the last one is rapidly becoming standard on new cameras. I think number 3, though, is a little odd. Sure, it’s small, but is it really small enough for that kind of classification? 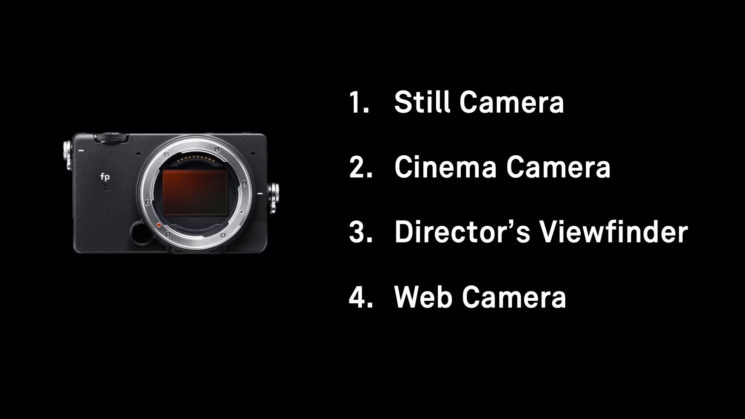 The 61-megapixel upgrade is nice and will be welcomed by photographers, but without a mechanical shutter and only electronic, I’m not entirely sure how useful that’s going to be for anybody shooting anything other than landscapes, products and other things that don’t move. The rolling shutter, even when shooting stills, was pretty extreme on the original Sigma fp in my own tests. But until we see sample images from users, there’s really no telling how good or bad it’ll be with the new sensor.

Like the original Sigma fp, the Sigma fp L has a heavy focus towards video and features a separate UI for shooting video which shows settings useful for filmmakers,  like the shutter angle, audio level indicators and waveform. It also features a large heatsink that should prevent the Sigma fp L from overheating for a long time while shooting video. You get three different raw video options, like with the fp. You get CinemaDNG in-camera, or you can record ProRes RAW or Blackmagic RAW to external devices like the Atomos Ninja V and Blackmagic Video Assist 12G. Internally, you get 12-Bit 4K UHD and externally you get 12-Bit 4K DCI. 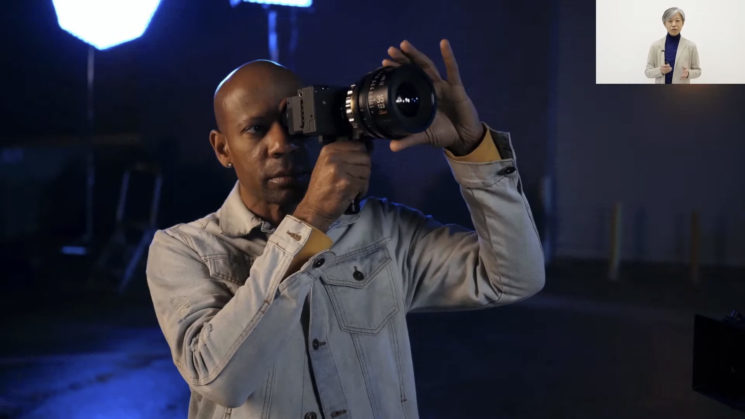 The Director’s Viewfinder option… The Sigma fp supports this as well, but it still seems pretty big, as the image above shows. However, it does let you choose from a range of cameras to simulate the field of view and aspect ratio with custom frame overlays, providing support for a number of Arri and RED cameras, as well as the Sony Venice.

As a webcam, the Sigma fp L plugs straight into your computer via USB without the need for an HDMI capture device. Once you plug it in, your computer detects it and it’ll work with Zoom, Skype, OBS or whatever video chatting or live stream software you use. And to help keep it alive, the fp L can take power over Type-C USB, too, so you don’t have to worry about batteries running out while using it as a webcam.

When it comes to new accessories, there’s the EVF-11 electronic viewfinder, which on paper sounds great, but in practical terms, I’m not sure how useful it will be for what it costs. At $699, it’s not cheap by any stretch of the imagination – especially for filmmakers who can pick up a Ninja V for less that’ll also let them record ProRes RAW at the same time. And for photographers, it’s a significant increase in cost vs other cameras that just have a viewfinder built into the body. 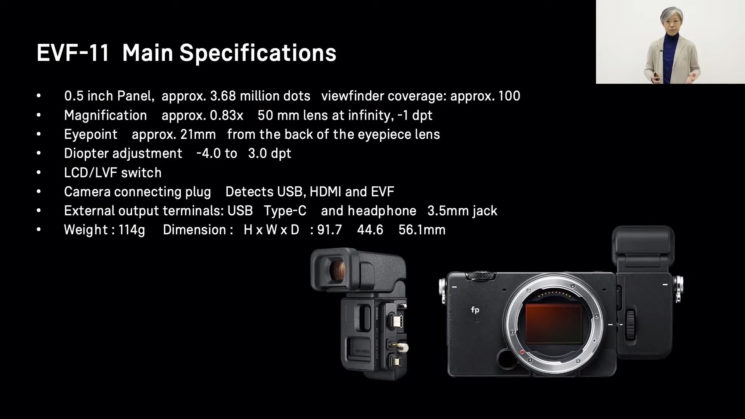 It’s a cool camera, but is it cool enough? I’m not sure it offers enough over the fp to justify the extra cost. Photographers still have the issue of no mechanical shutter and 3rd party flash compatibility with pretty much nobody. Filmmakers really don’t seem to see that much benefit over the original Sigma fp – which you can get for $1,699 – although it is significantly less expensive than the Sony FX3, which is probably its closest I-don’t-have-an-EVF-either competitor.

That being said, I am curious to see how much the electronic shutter has improved for shooting stills on this over the original Sigma fp.

« This DIY thermal camera is built around a Raspberry Pi and a $60 camera module
Stop blaming your subjects for blinking in photos; it’s your fault »