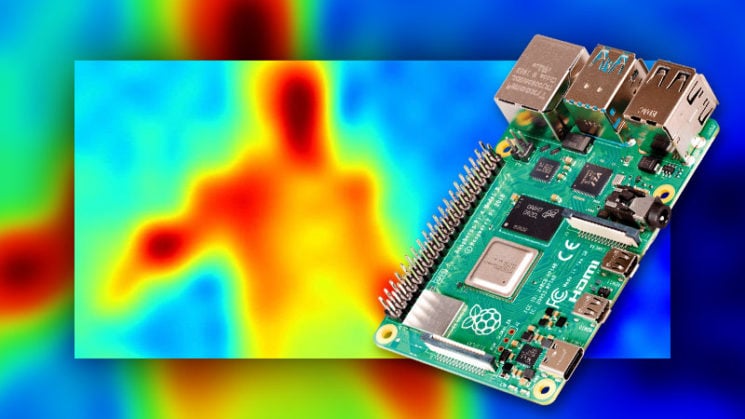 The Raspberry Pi is a wonderful thing, and we’ve seen many cool photography and video projects based around it. But thanks to the MLX90640 thermal camera module, you can turn the Pi into a fully-fledged thermal camera of your own with software you can customise to your own needs. And that’s exactly what Tom Shaffner did.

He built a thermal camera using this module and a Raspberry Pi and even wrote his own software for it. Fortunately, Tom made the software completely open-source and posted the code up to GitHub so you can have a go at making your own and even tailor the software to your own needs.

With a total price of a little over $100, it might seem a little much compared to some DIY projects, but it’s still vastly less expensive than going out and buying a commercial thermal camera – which range from several hundred to several thousand dollars. The resolution of this module isn’t extremely high, coming in at only 24 x 32 pixels, but the resolution of thermal cameras is rarely very high, often overlaying the image on top of a visible light shot to indicate the detail. But with some interpolation, you see all the detail you typically need to.

The camera module itself costs around $60 (when it’s in stock), and with something like a Pi 3B+, a small microSD card and a power source, that brings you right around $100 (or a hair more). And if you’ve already got an old Pi lying around doing nothing, now you can give it a purpose in life! You can also splurge and go with a Raspberry Pi 4 if you wish, offering more processing power and RAM to speed things up and offer your system more capability over the Pi 3B+ but Tom says it should run fine on even a Pi 3 with a little adjustment (of course, no 5Ghz WiFi on the Pi 3).

A very cool project. Makes me wish I had a real need for a thermal imaging camera!

All of the documentation for building your own, installing the software and getting it all running is on Tom’s Github (code here). He also has a bunch of pictures and animations there showing the kinds of results you can get with it.

« What would plastic waste look as ocean life? This incredible short film will show you
Sigma’s new fp L has a 61-megapixel BSI sensor with an AA filter and no IBIS »