Here are some great news for the photographers/makers out there. Raspberry Pi just released their camera module into the world. 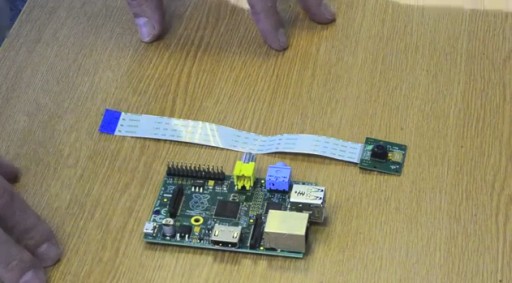 This is a 5MP camera which uses a similar imaging core (though different optics and sensor) to the Nokia N8. The camera module costs $25 and is available to order from MCM or Element 14 (North America) and RS or Farnell (Europe).

The board adds a 5MP camera to the Raspberry Pi board and can take static images with resolution up to 2592X1944, and stream video both 1080p, or 720p and as with any Raspberry Pi project where you take it from here is entirely up to you. Having a fully customizable camera for $60 ($35 Pi board + $25 Camera module) is not a trivial thing.

As you may recall, Raspberry Pi is a standalone computer on its own that runs Linux, so as far as creativity goes, there is a lot that can be done with this relative programming simplicity and easy access.

This is how you would install the camera:

Raspberry Pi has the rest of the instructions, including enabling the camera, streaming video and obviously, snapping a picture.

[Camera board available for sale! | Raspberry Pi via Lifehacker]