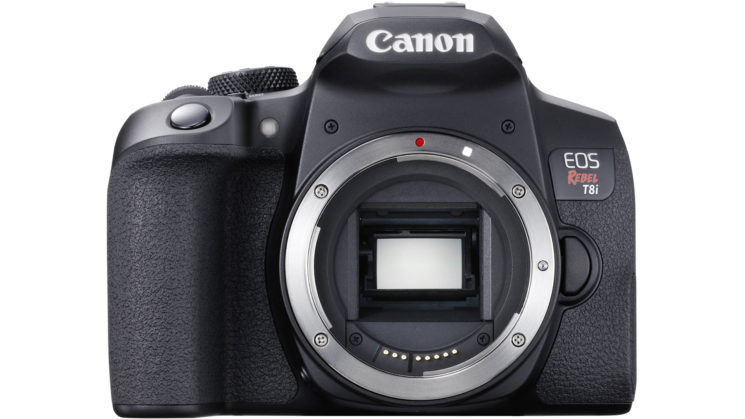 Canon has now officially announced the new Canon EOS 850D/Rebel T8i, and it looks like the rumours were mostly true. As an “enthusiast level” DSLR, it houses a 24.1-megapixel APS-C sensor and shoots 4K video. It retains the design of its 800D predecessor, as well as the 45-point all cross-type AF, but offers some nice updates, too.

The EOS 850D/T8i both replaces both the EOS 77D (basically a 750D/T6i but with a top LCD) and the EOS 800D. There’s no top LCD on this one, like the 77D, but an AF-On button has been added to the back for those who prefer back-button-focusing. It also sees a new sensor, new metering system, Eye AF in Live View mode and faster continuous shooting speed.

Although the AF system still keeps the same 45 all cross-type AF points, it should see some improvement thanks to the new 220k-pixel RGB+IR metering sensor – possibly the same one found in the EOS 90D. So, you get face tracking through the optical viewfinder, and Eye AF when shooting liveview. It also features Canon’s “Intelligent Tracking” (iTR) for sports and wildlife shooting.

As we’ve come to expect from Canon’s APS-C bodies, and particularly this product line, the EOS 850D has a flippy-out LCD. It’s a 3″ 1.04m-dot touchscreen TFT, boasting 100% coverage and a 170° viewing angle. As you can see, the 850D also sports a new “AF On” button, offering back-button focus, for those that prefer it.

When it comes to stills capabilities, the fastest shutter speed offered is 1/4000th of a second, slowing right down to 30 seconds or bulb mode. The continuous shooting speed has been bumped over the 800D, increasing to 7fps or 7.5fps while using Live View. Flash sync is 1/200th of a second and supports high-speed sync and TTL. 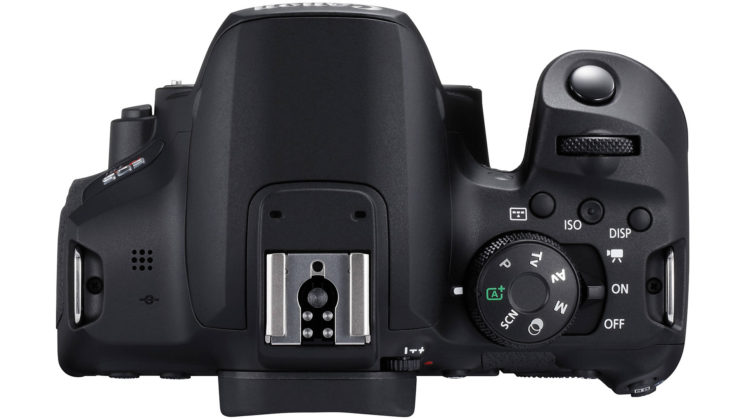 As the product line goes, this is probably about as far as they can take this DSLR without encroaching on the EOS 90D (or just recycling the same model with a new name and firmware, as other manufacturers have done). Given the release cycles, the next camera we’ll see in this line will probably be mirrorless, especially given that Canon has essentially abandoned EF mount lenses.

It should also serve as a pretty decent vlogging camera for the next couple of years with a pretty decent price advantage over the heavier and more expensive EOS 90D. Maybe now, Nikon will give us a D5600 successor with 4K video.

The Canon EOS 850D is available to pre-order now for $749 and is expected to start shipping in April. You can find out more on the Canon website.