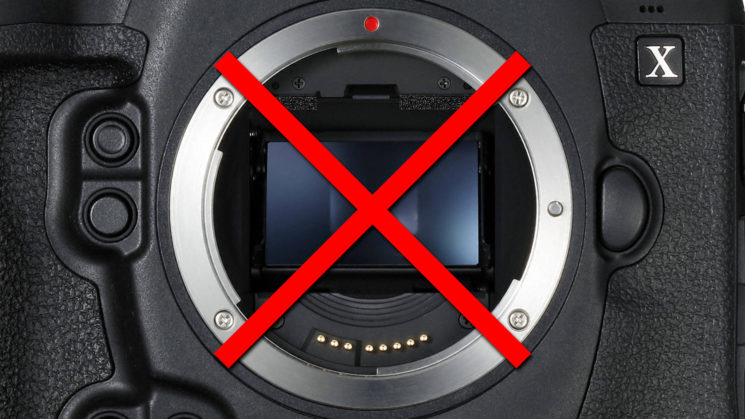 According to a report on Digital Camera World, Canon will not be releasing anymore EF mount lenses for their DSLRs, despite having just announced the Canon 1DX Mark III, their new flagship DSLR, only yesterday. They say they are open to the possibility of making new ones, though, if the market demands it. But for now, they want to shift their attention towards RF lenses for their EOS R system.

As you know, last year we launched the RF mount and EOS R system. To date we’ve launched ten critically acclaimed lenses, and as it’s a new system we plan to continue this, launching more RF lenses while still fully supporting the EF lens system. And of course, should the market demand it, we are ready to create new EF lenses. But for now, our focus is on RF.

It might seem premature, although the Canon EF mount has been around since 1987. It’s 33 years old, so perhaps it’s time for a change of pace. Canon also pretty much abandoned the previous FD mount lenses immediately after switching to the EF mount back then, too, so it shouldn’t really be that surprising of a move.

But is it too soon to be ditching new EF mount lenses completely? Or have they got a wide enough range of EF mount lenses now that are plenty good enough to keep their DSLR users happy for the next few years until more of the world goes mirrorless? Maybe now that Canon finally released a decent 85mm f/1.4 lens a couple of years ago, they feel their EF lineup is complete.

Nikon still seems to be dedicated to the F mount, developing concurrently with the Z mount. They actually just released a brand new F mount lens this week, with the 120-300mm f/2.8.  And Nikon F mount has been going now for over 60 years having been introduced in 1959. It’s outlived both Canon EF and the FD mount launched in 1971 and looks like it may continue to keep doing so for a while longer.

Is this the right move? Or are there still gaps in their EF mount lineup? Lenses that need a refresh before being dumped completely?

« Nikon’s new 120-300mm f/2.8E zoom is a beautiful monster of a lens
What I look for when working with a make up artist for beauty photography »