The pursuit of ultimate optical clarity has been the goal of lens manufacturers for decades. When you look back on the lenses of old, they have vignetting, sharpness issues, weird bokeh, chromatic aberration and all kinds of “problems” (some people refer to this as “character” and is exactly the reason why they like those old lenses).

But Canon’s RF mount takes a step closer to that optical precision that they strive for. In this four-and-a-half-minute video, Canon explains why the RF mount is such a big deal, and what makes it so much better than the EF mount used in their DSLRs.

It’s an interesting video, going through the differences in the EF and RF mount systems – although the theory also applies to other systems like Nikon’s Z mount which is also much closer to the sensor and has a larger opening than their F mount.

Canon says that what makes the RF lenses so superior to more traditional SLR and DSLR lenses is the distance between the rear lens element and the sensor. It allows them to focus the light more accurately across the entire sensor. It allows the light rays to be spread more evenly. With something like an EF mount lens, the rear element is so far away from the sensor that lenses need to be larger and heavier to compensate for the problem. 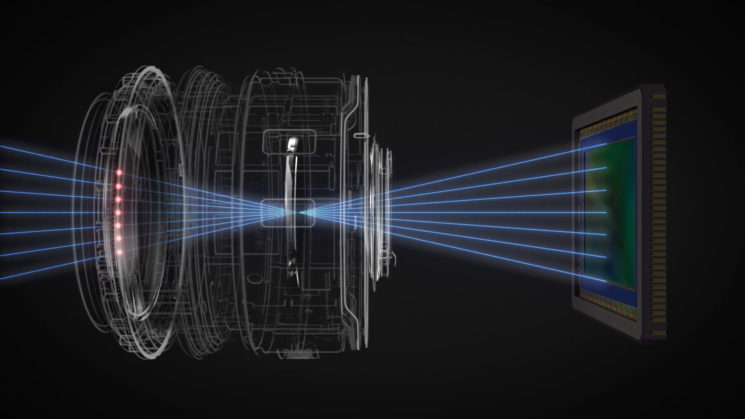 This long throw from the rear element to the sensor means that at the edges and corners, there’s more disk of issues being prominent. Different colours of light travel at different wavelengths and refract differently through glass. So, the longer the glass has to project the image, the more out of sync things become. 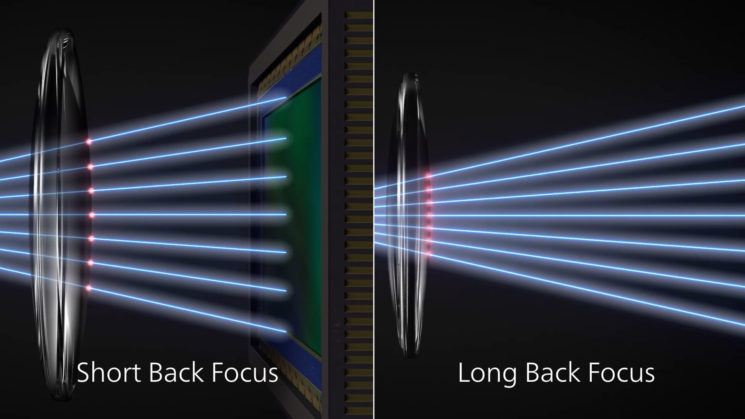 The shorter flange distance (or “Back Focus”, as Canon calls it – well, hey, their DSLRs were famous for it before DPAF, so why not own it?), allows much more of that larger rear element to be used and still fill the sensor, making the light rays, in theory, a little more parallel to each other, preventing issues like this… 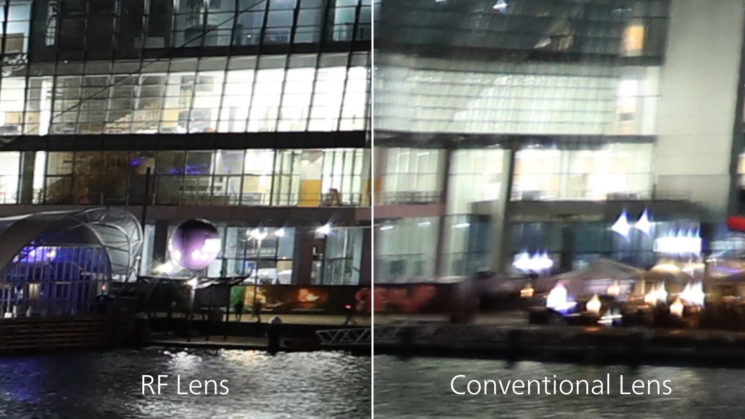 Bear in mind, this is all in theory. And manufacturers have performed many optical tricks over the years to get virtually perfect edge-to-edge sharpness in some of their lenses designed for DSLRs with larger flange distances. But those lenses are very expensive. 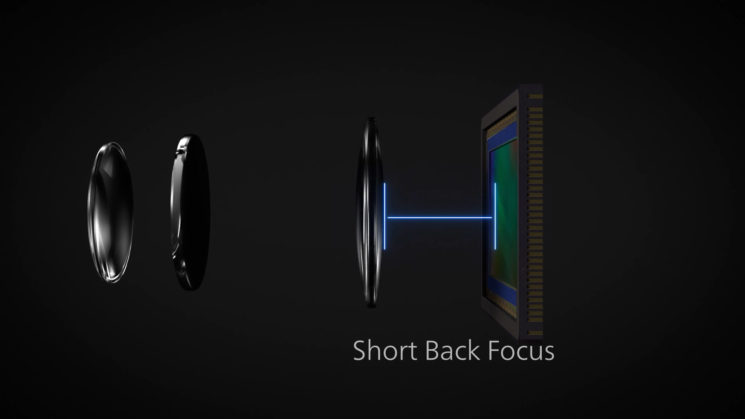 It’s an interesting video that helps to demystify a couple of concepts. But is it really as necessary? Sure, it might help the lower end, lenses, but aren’t Canon’s high-end EF lenses good enough? Does that extra little bit of optical clarity they might be able to get out of an RF mount actually make much of a difference in the real world?

Well, only time will tell, really, as Canon releases more RF mount lenses and we see some good side-by-side comparisons of EF and RF equivalent lenses.

This whole back and forth between the camera companies since they jumped onto mirrorless has been quite entertaining. With Leica saying Sony’s mount wasn’t designed for full frame, Nikon saying the Z Mount is capable of f/0.65, and Sony scoffing at Leica’s claims stating that the Sony E Mount can handle f/0.63 (same as Leica). Sony also gave Nikon a corrective pat on the back in that presentation, too, saying that the Z Mount can actually theoretically go as wide as f/0.58.

Now, Canon’s posted this. I wonder who will be next.

Why You Should Photograph Your Loved Ones