Last October, when Leica manager Stephan Schulz was badmouthing Sony’s E Mount, and how it simply couldn’t handle faster lenses due to its small stature, Sony come back not long after they said that they could absolutely do f/1.0 lenses. They just don’t think it’s worth the hassle and that the demand simply isn’t there.

Well, they seem to have taken things a little further now. With Nikon’s claim of theoretical f/0.65 lenses, Sony claims that they could produce f/0.63 lenses. And they have diagrams to prove it!

Starting around 8:12 in the video above from Max Yuryev, we get to take a peek into a Sony A6400 event where they take a side-note to discuss the claims made against Sony’s E Mount, specifically citing Leica’s claim, along with presenting their rebuttals.

Sony did indeed that the Sony E mount might be limited to f/1.0 or even f/1.2 under certain conditions. Like, if it was being used on a full frame DSLR with a mirror box, and the lens mount was a great distance away from the sensor, like Nikon and Canon’s DSLRs. 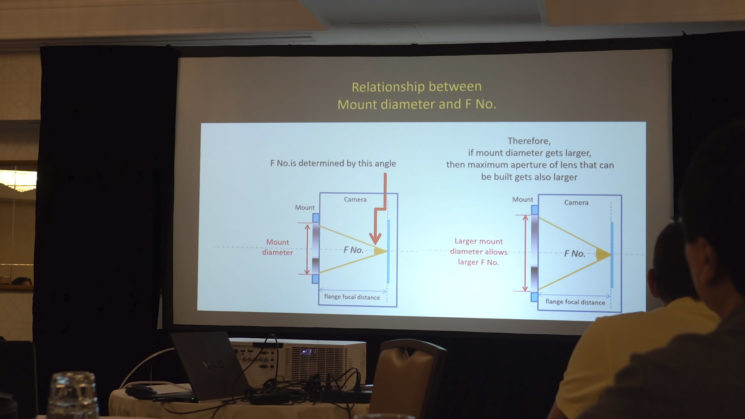 And, yes, all else being equal, a wider mount does mean wider aperture glass. But what that explanation doesn’t really take into account is the flange distance. With the E mount being so close to the sensor (although not quite as large as Nikon’s massive Z mount), that maximum potential aperture opens right back up, just like using a larger mount. 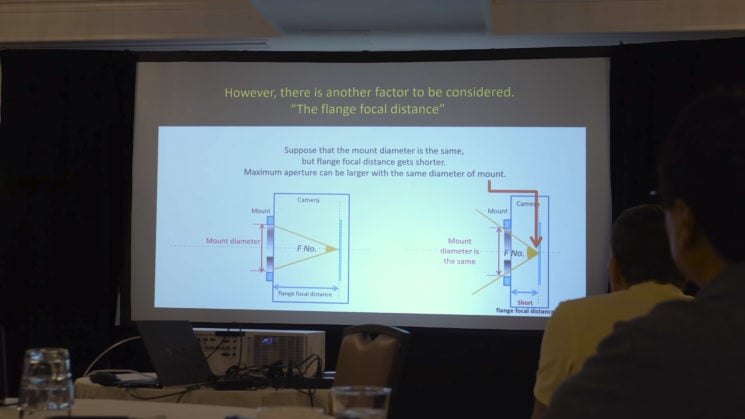 They also posted a chart comparing both DSLRs and mirrorless offerings from themselves, Nikon. Canon and Leica, along with their maximum theoretical aperture – in which they calculate Nikon’s Z mount actually maxing out at f/0.58 – which makes sens as it’s both larger and closer to the sensor than Sony E Mount. 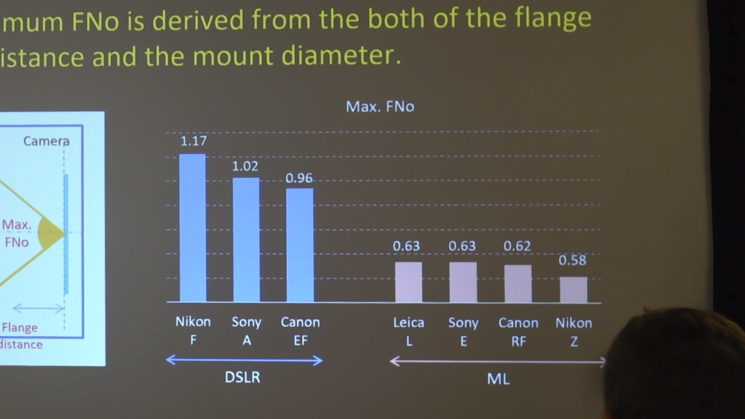 Of course, this is all just appendage measuring between Sony, Nikon and Leica. Because none of them is ever actually going to release as wide as these theoretical maximums. It’ll be too heavy to use, it’ll cost an absolute fortune, and it probably won’t even have autofocus. I mean just look at Nikon’s 58mm f/0.95 Noct. They can’t even get that to autofocus, so no chance with an f/0.58 lens. It’ll be virtually impossible to keep your subject sharp and in focus.

So, ok Sony, Leica and Nikon. You can put them away now.

First reports claiming that the Sony A9 has over heating issues