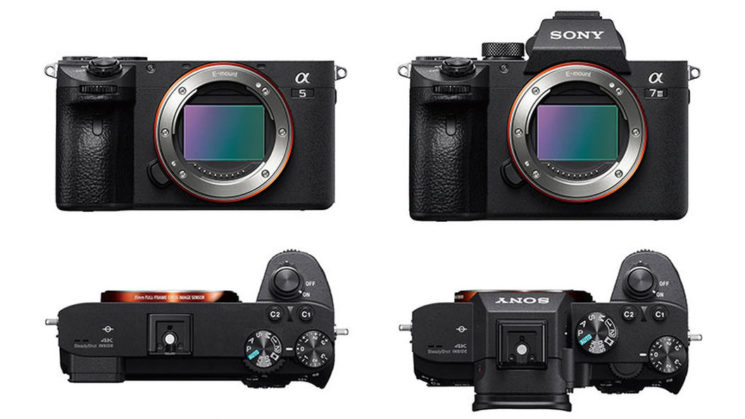 It turns out that both of the A5 and A6 naming options for Sony’s upcoming small form factor full-frame mirrorless camera were wrong. Sony Alpha Rumors is reporting that it’s actually going to be called the Sony A7C. It will have a body largely inspired by the Sony A6600 but with a larger grip to accommodate the NP-FZ100 battery.

SAR says that “two solid source[s]” confirmed that the new entry-level camera would indeed be called the Sony A7C and not the A5 or A6 as originally rumoured. The “C” they suspect stands for “compact”. They say that it’s the first in a new line of entry-level cameras that will run in parallel to the current A7 & A9 series cameras.

The image at the top of this post is a mockup of how it may look in comparison to the Sony A7 III. Looking at the number written on the front of it, the image appears to have been created when the suspected name was still the “Sony A5”.

When it comes to the specs, there aren’t many, although the price seems to have changed from the $1,000 initially thought. Now it looks like it will actually be priced somewhere around $2,000, which would essentially put it in direct competition with Panasonic’s upcoming S5 and it won’t be the EOS RP or Z5 killer that many had hoped for.

SAR also says that a new line of compact lenses with “V” codes will also be coming for the small camera, which will be fantastic for vloggers and travelling YouTubers who are always looking to save as much weight as possible in the kit they carry.

So far, there’s been no specific date suggested for an announcement,

« Are you really using the right lens for your landscapes? Here’s how to choose
Tourist damages a 200-year-old sculpture after lying on it for a photo »