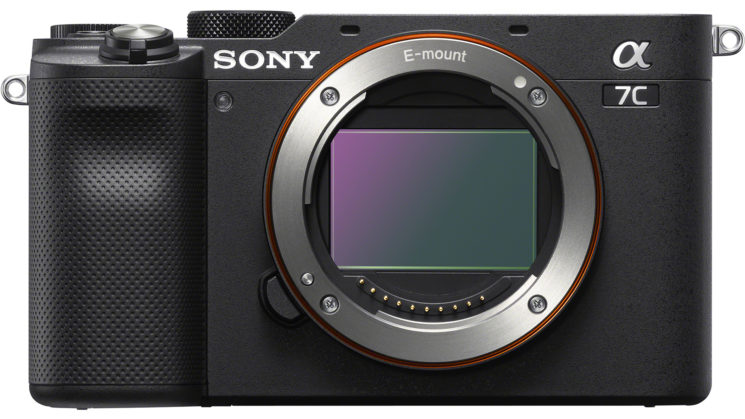 While we have had a couple of photo and basic specs leaks, Sony has managed to keep the major specs of its new Sony A7C mostly under wraps. But now, it’s finally been announced and all the details are out – although, for some reason, Sony decided to announce it when much of the world was asleep.

Although ideal for vloggers and content creators, the A7C is no slouch as a regular photography camera, either. It’s is essentially an A7 III in an A6600-sized body and the specs aren’t that much different, although the A7C has a couple of extra tricks up it sleeve that beat out both the A7 III and A6600.

The similarities in body design between the A7C and A6600 are quite obvious, but there is one major feature that none of the similarly sized APS-C Sony cameras have. It has a flippy out touchscreen LCD instead of the standard tilting screen, making it ideal for filming or photographing yourself, which has become even more popular in 2020 since it’s been impossible for many to get out and film or photograph others.

But the A7C does support HLG, S-Log3 and S-Log2 profiles and records 1080p FullHD at up to 120fps. When shooting 4K, it utilises the entire width of the sensor, oversampling from 6K when running at 24 or 25fps, although at 30fps there is a slight crop. Although the awkwardly placed one-touch movie button of the A7III has been shifted from the rear of the camera to the top – making it much easier to use no matter which side of the camera you’re on.,

When it comes to the autofocus, the A7C has the same autofocus system as the A7 III, but it has a few new features from the A7S III, like the new AF Speed settings. It also has no recording time limits, new focus peaking colours, the ability to shoot vertical videos, live streaming support and dual NTSC & PAL region recording on the same memory card without having to reformat.

Burst shooting offers up to 10fps continuous with full AF/AE tracking, although the A7C has a slightly larger buffer than the A7 III, letting you shoot 10fps for up to 223 JPGs or 115 compressed raw images in a single burst. Also, 10fps is available with both the mechanical and silent electronic shutter – not available on the A7 III. 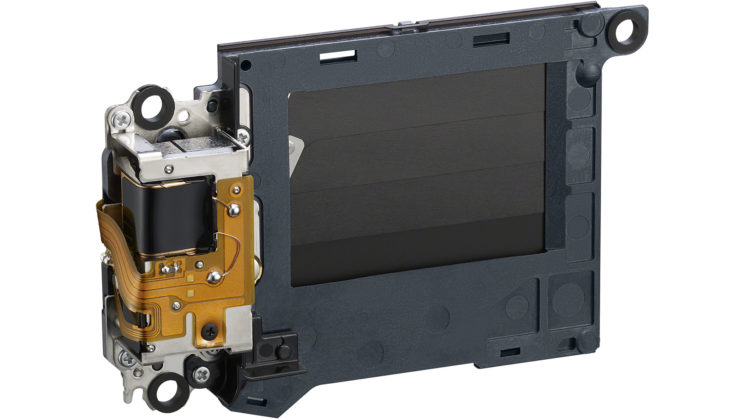 The A7C and A7 III share the same 2.36m-dot EVF and 921k-dot 3″ touchscreen LCD. I don’t mind the size of the LCD, but it would’ve been nice to see a slight resolution bump. But the A7C LCD does have one big benefit over the A7 III for many users and that’s that it’s a fully articulating flippy out LCD – which every non-Canon vlogger has been begging other manufacturers to include for years. 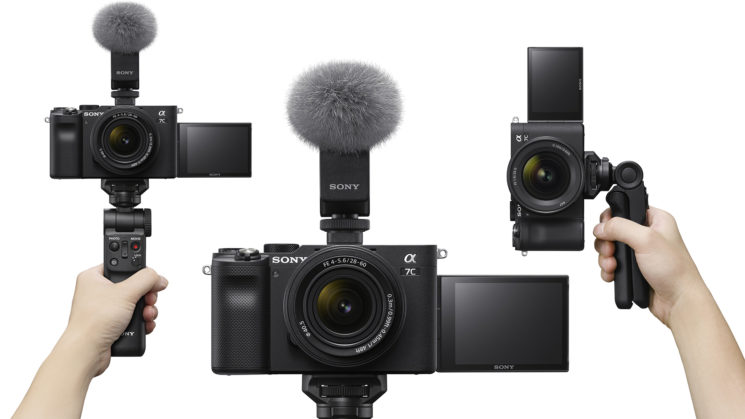 As you might be able to guess from the image above, the A7C also supposed the new Digital Audio Interface to make use of Sony’s new ECM-B1M digital shotgun microphone. One slight disadvantage the A7C has over the A7 III, though, is that it only houses a single UHS-II SD card slot, rather than the dual card slots of the A7 III. But unlike the other A6x00 series cameras, that single memory card slot has been shifted from the battery slot to the side of the camera, making it much more easily accessible.

The Sony A7C appears to be slightly lower in price than the initial rumours. It’s available to pre-order later today for $1,798 ($200 cheaper than the A7 III) in black or silver body-only or for $2,098 with a new 28-60mm kit lens. Yeah, it’s a little more than other entry-level systems like the Canon EOS RP or Nikon Z5, but it also seems much more capable – especially if you’re a vlogger or content creator.

This might finally make me add a Sony to the collection.