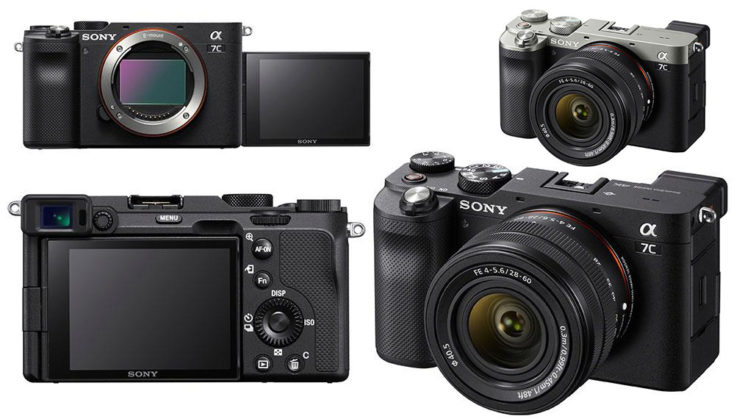 The Sony A7c is shaping up to be quite an interesting camera. This vlogger-and-creator oriented full-frame camera comes in a very small body that appears similar in size to Sony’s A6x00 series cameras. It doesn’t quite bump the Sigma fp it off its “world’s smallest full-frame mirrorless” pedestal, though.

A few photos of the new camera are out there, but now we also have some of the specs. For such a small camera, they seem quite impressive, too. And while it will likely be most popular with video content creators, it looks like it’ll be no slouch when it comes to stills, either.

This isn’t a complete list of specs, but it should give you some of the highlights…

While it’s expected to be a fairly decent camera, with capabilities mostly in-line with Sony’s other A7 series bodies (and presumably the newer A7S III menu system), the key aspect of the A7c is most definitely its size. And hopefully, Sony has some smaller lenses planned to go with it. Here are a few comparisons of other cameras on the market from Sony and others to give you an idea of how it stacks up.

Ordered by weight, the Sony A7c comes in right behind the A6600, although not significantly heavier than the Canon EOS RP. Sigma still gets to keep their throne – for now. The “small” new Panasonic S5 looks pretty massive in comparison to the A7c – physically larger even than the Sony A7 III, although it weighs slightly less.

There’s no mention of the video capabilities yet. No doubt it will shoot 4K, but will it be 30fps or 60fps? What will the bitrate be? Will it be the 8-bit fallback or will it offer 10-bit? If it’s 8-bit internal, will we still get 10-bit 4:2:2 RAW over HDMI? Nobody seems to know yet – at least not outside of Sony and NDAs.

The final announcement is expected later today – or early tomorrow, depending on where in the world you are – so we’ll keep you posted as we hear official news from Sony.

What features do you want to see in the A7c?