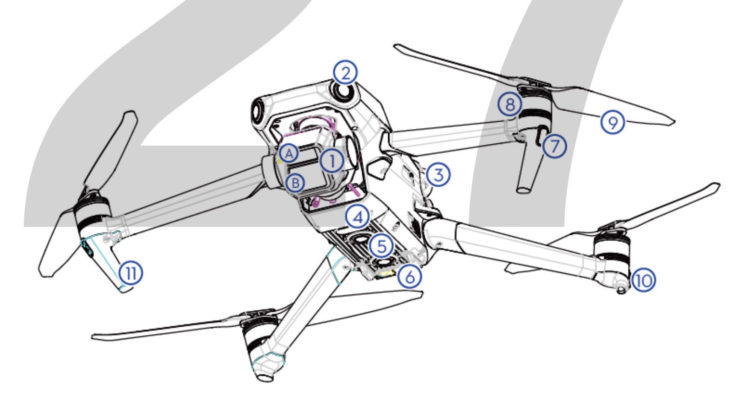 This one’s been rumoured for a long time, but the most recent leak at the end of August suggested an announcement date for either October 2021 or January 2021. I think from a business standpoint, October is more likely, given that nobody will be buying them up as Christmas presents in January, but now the entire specs appear to have leaked, suggesting that an official announcement may be imminent.

The leaks come via Twitter user @JasperEllens and the website DroneDJ, showing the complete specifications for two new upcoming DJI Mavic 3 drones. It looks like DJI’s dropped the “Pro” and “Zoom” monikers. One of the new models will simply be the “Mavic 3” and the other will be labelled “Cine” and features a built-in SSD. 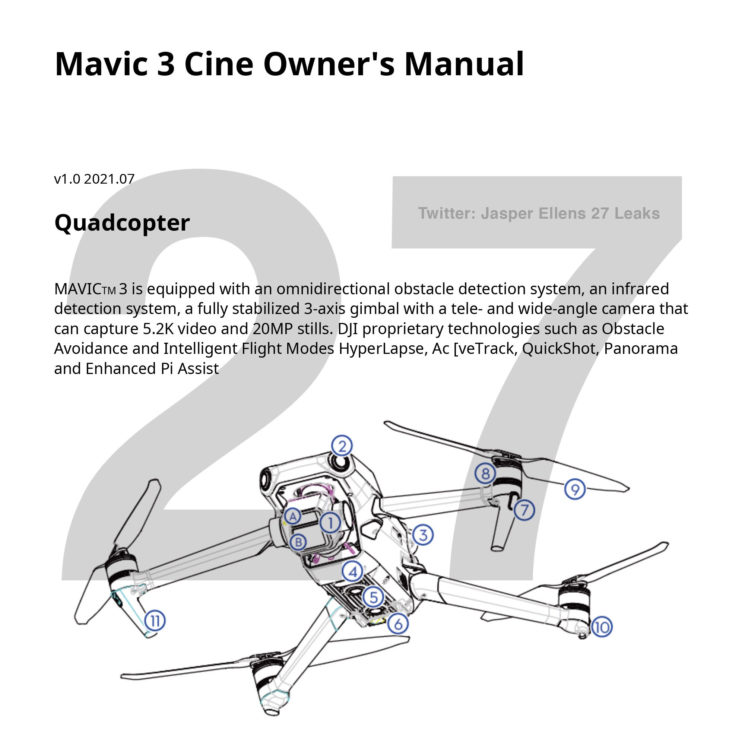 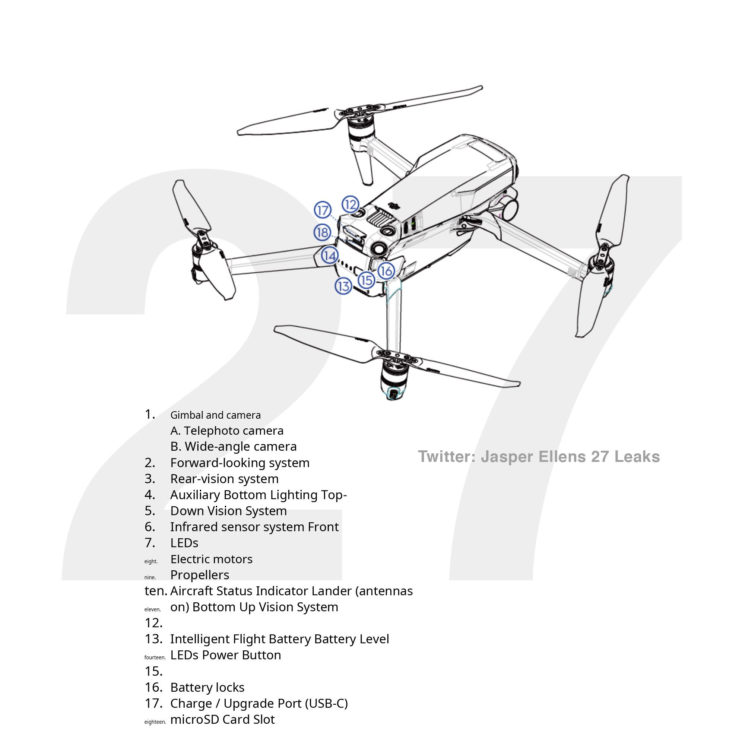 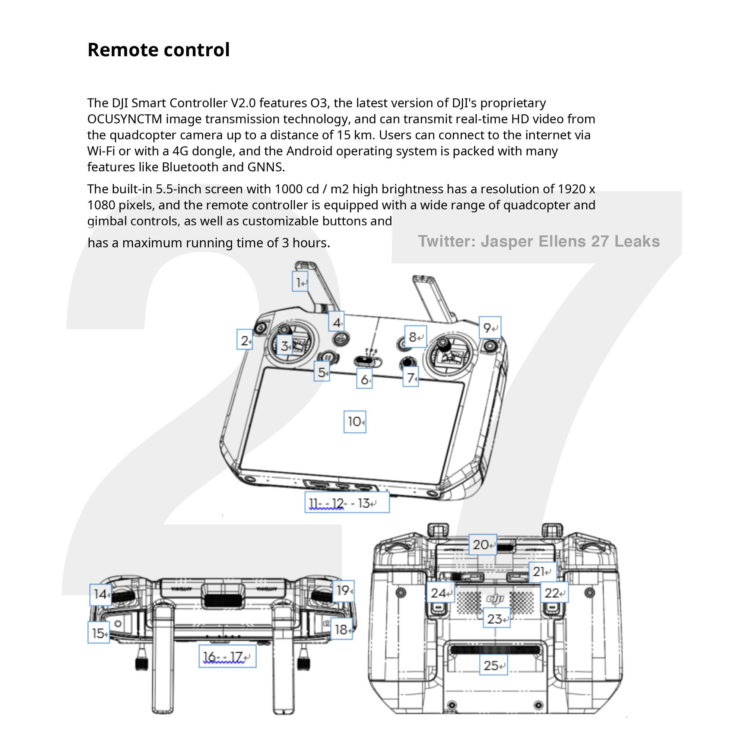 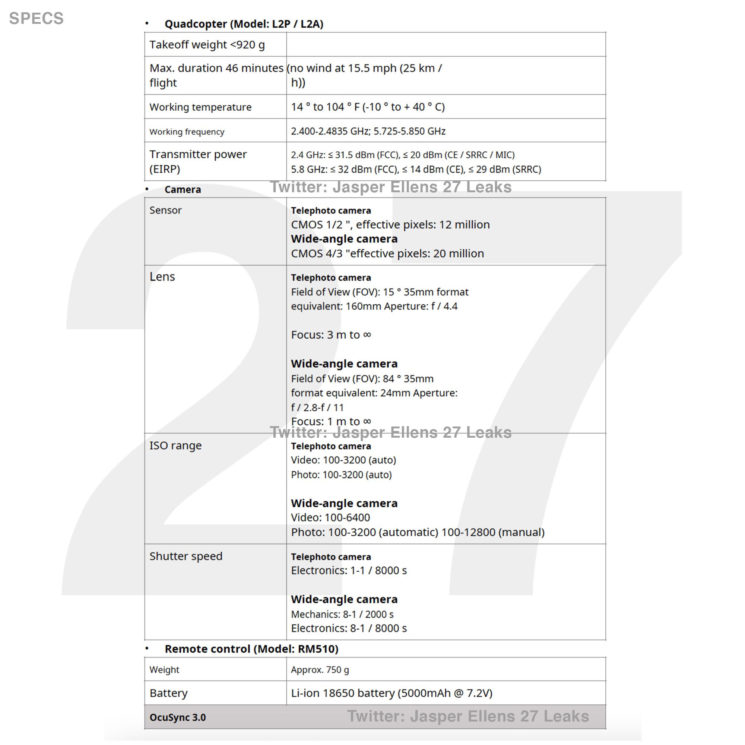 The large Micro Four Thirds sensor in the main wide-angle camera is a nice step up from previous Mavic models. Despite having the Hasselblad name attached to the Mavic 2 Pro camera, it has a slightly smaller 1″ sensor. The larger physical size of the new sensor while retaining the same 20-megapixel resolution should hypothetically allow it to perform better at higher ISO as well as offer a greater dynamic range.

There will be three different packages. There’s the usual basic package and Fly More Combo, but there’s also a Cine Premium Combo package this time around, which includes a few extras like an upgraded RC, and an extra ND filter set (6, 7, 8 and 9 stops) as well as the 2, 3, 4 and 5 stop NDs included in the Fly More combo. It’s also reported to come with an SSD and ultra high-speed data cable. Here’s the full comparison of the three different packages. 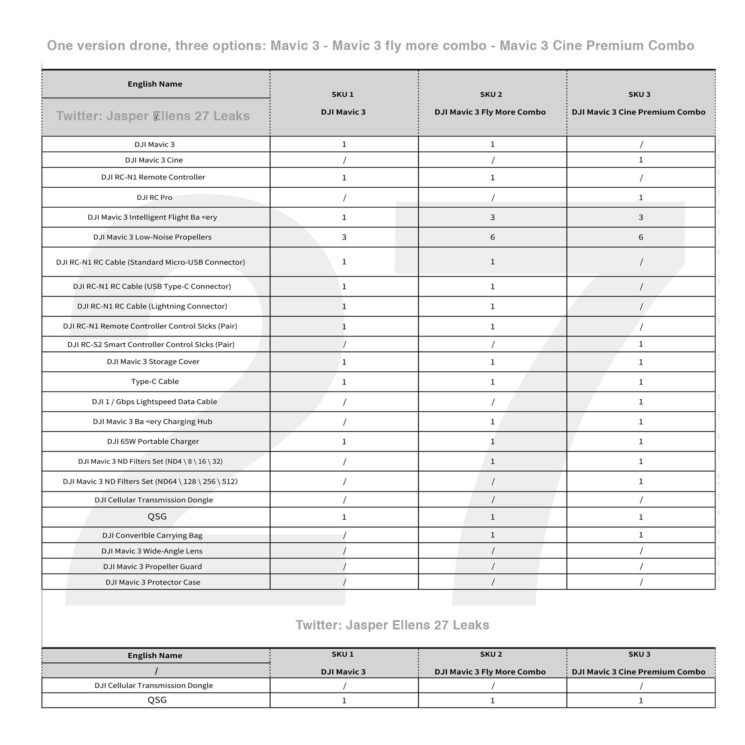 When it comes to price, nothing was included with the leak from Jasper, although DroneDJ reports that a source close to DJI has told them that the DJI Mavic 3 will start at $1,599 for the basic package. No speculation was made about the Fly More Combo pricing, but they suggested that you’re looking closer to $2,500 for the Cine Premium Combo.

As usual, there’s still no word from DJI, and I don’t expect there to be until the day of the official announcement which may come either next month or in January. I think with leaks happening now, though, October is looking more likely. Especially with the holidays just around the corner.

« Three ways to shoot night time photography that aren’t astrophotography
Ever wanted to recreate the “Lunch atop a Skyscraper” photo? You might soon be able to »