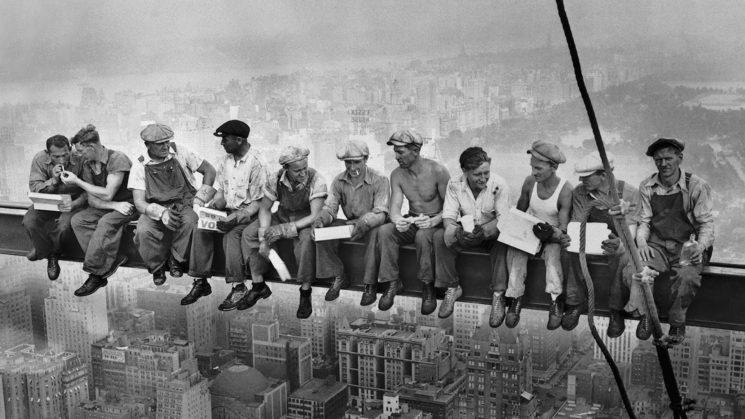 New York City’s Rockefeller Centre wants to build a rooftop amusement ride that would simulate the famous historic photo Lunch atop a Skyscraper, albeit minus the risk of a freefall to your death.

The rooftop of the Rockefeller Plaza has long had a viewing deck where spectacular vistas across Manhatten can be seen, but a real estate investment company apparently want to upgrade the ‘Top of the Rock’ observation deck to something a little more Instagram worthy.

The famous 1932 photograph was a staged image taken as part of the publicity behind the building of the Rockefeller centre, with many of the subjects unnamed. This hasn’t prevented the image from becoming one of the world’s most famous and best-loved of New York City, and visitors to the centre can already pose on top of a metal girder, although from a safe position inside. The company want to upgrade this experience by using a levitating steel beam that would lift visitors up and rotate 180 degrees allowing them to take more believable selfies from the 69th floor. Presumably, they would be safely harnessed in to avoid common selfie mishaps.

There’s no word yet on when this unique experience will be given the go-ahead, until then we will have to stick with Photoshop to put ourselves in the famous image.

The story behind the photo – Lunch atop a Skyscraper

Flying with gear? You may soon be able to keep it in the carry-on luggage thanks to new scanners