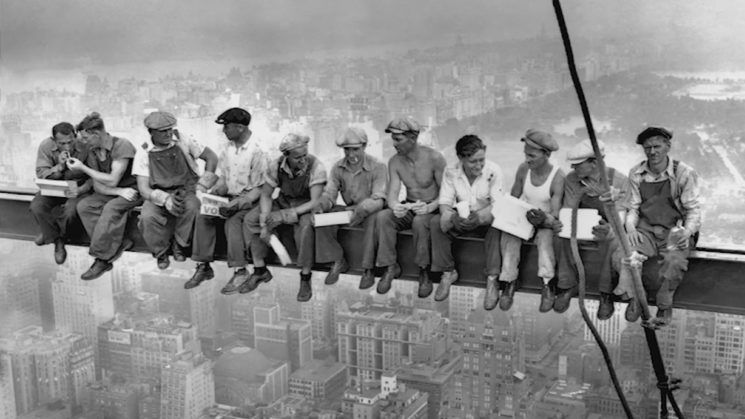 Shot in New York in 1932, it’s an image that could never be photographed today. Even if you wanted to, various health and safety regulations simply wouldn’t allow it. Made during construction of the 69th floor of the RCA building, Lunch atop a Skyscraper has become one of those iconic masterpieces of photographic history.

Much is known of the building itself. It was completed in 1933, has had several names in its lifetime, and it has almost 2.1 million square feet (195,000 m2) of floor space. It hosts the Rainbow Room, the first restaurant to ever be located in a high rise building, and has an observation deck that offers stunning views of New York City. But what of the men in this photograph? And the photograph itself?

This video tells the story of these fearless workers, from all over the world, who came to New York to work on this building.

First published in the New York Herald Tribune on October 2nd, 1932, it simply shows daily life for these construction workers of the time. But being printed in such a major publication brought a lot of attention to what was going on. Of course, with such a big and expensive building, the owners needed all the advertising and exposure they could get to fill up that office space with renters. 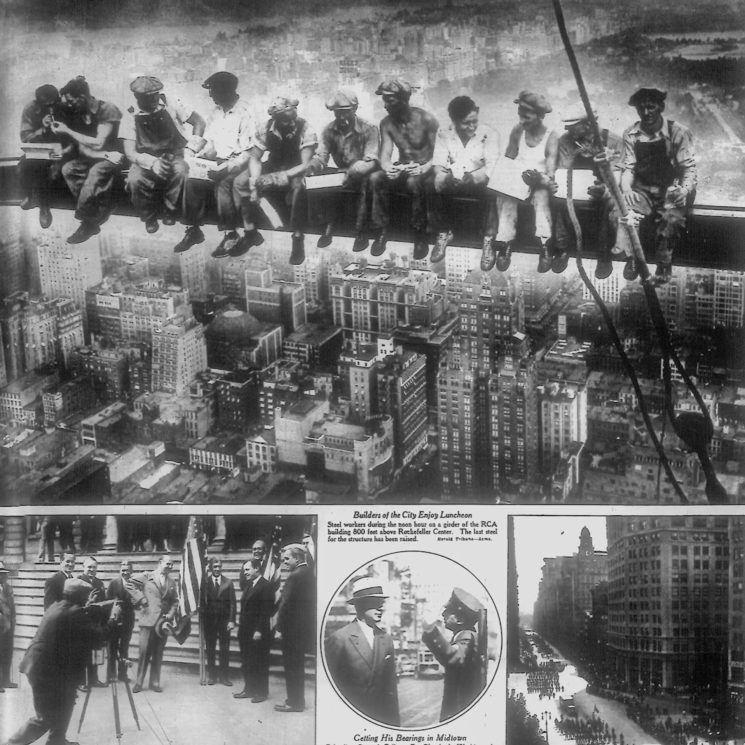 The chance of possibly being mentioned in the newspaper themselves attracted a lot of businesses to move into the building. Having you name out there in print media was one of the biggest ways to let people know you existed back then.

Built in the middle of the Great Depression, the building’s construction put a quarter of a million people to work. It brought in a much needed boost and income to the area. It created a very positive atmosphere for the future, for America and for business.

The photographs during construction were made for promotional purposes. They were to celebrate landmark steps toward the building’s completion. I don’t think they imagined at the time just how iconic some of these images, and “Lunch” in particular, would become. 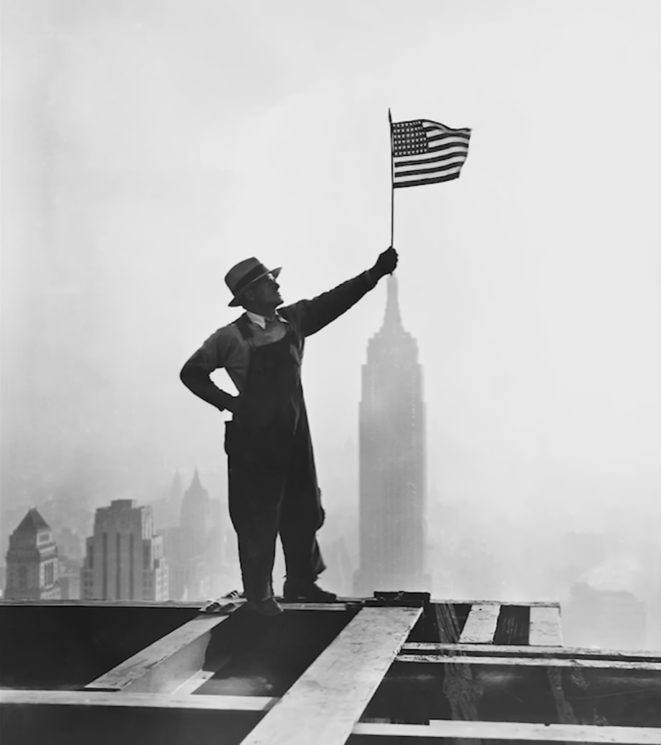 Another image of the men on the beam photographed the same day, shows an extremely jovial and proud crew, despite being in such a terrifying position. 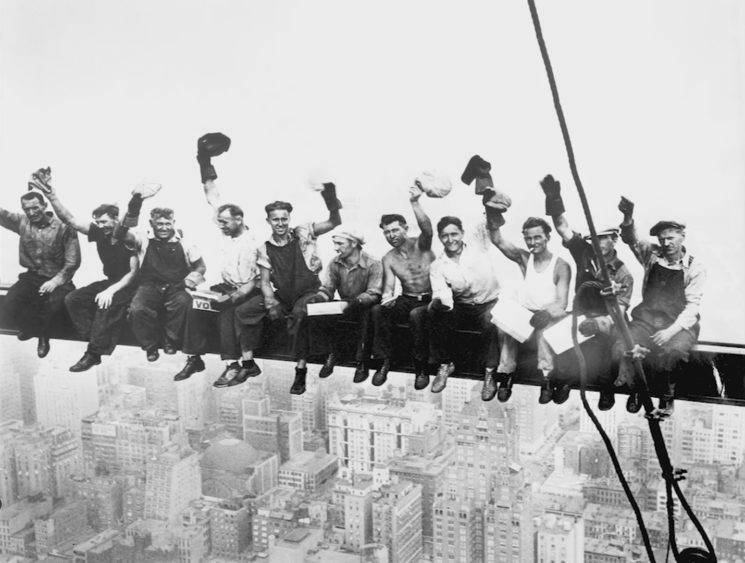 It’s an incredible story of the building’s history, the subjects of the photographs, and the photographers who created them. I couldn’t even imagine doing something like this today with a small mirrorless, let alone a large format camera with glass plates.

The whole video shows some amazing and powerful photography. I think that they would be impossible to create today just makes them even more special. 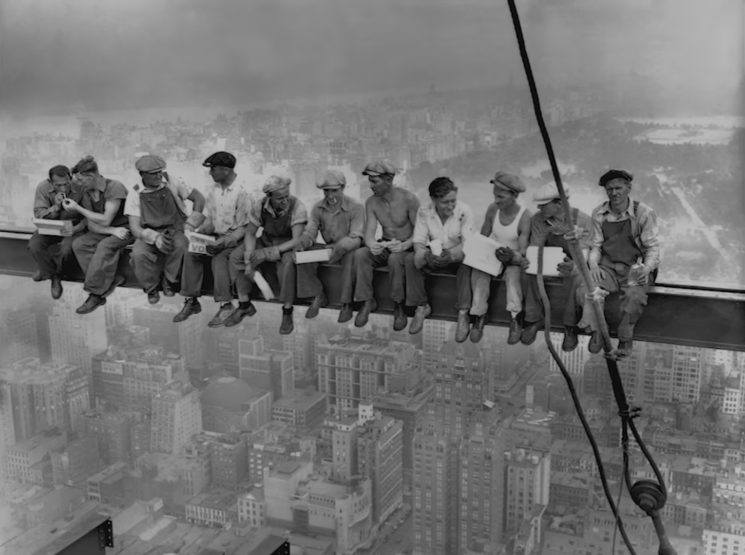 The photograph had been attributed to “Unkonwn” since it was created, until 2003. At this point it was credited to Charles C. Ebbets. The Corbis corporation has since officially returned its status to unknown , although sources continue to credit Ebbets.

Do you have a print of Lunch atop a Skyscraper on the walls of your home? What are some of your favourite iconic photographs from history? Let us know in the comments.

The story behind TIME’s cover photo of Greta Thunberg

« Track photographer barely escapes with his life on the drag strip
Photography, one of the most expensive and addictive drugs there is »