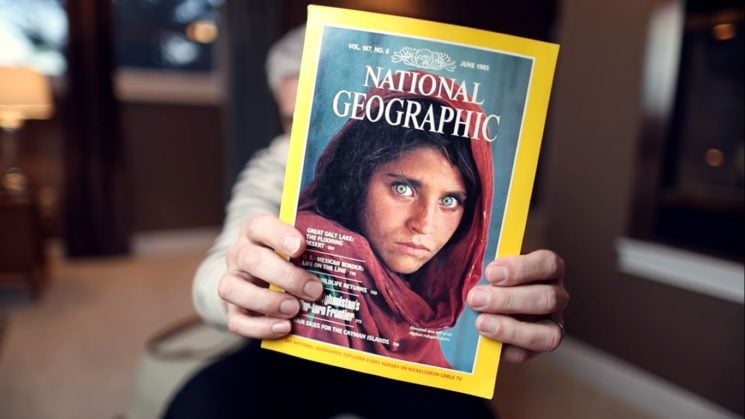 Although it sparked some controversy, Steve McCurry’s “Afghan Girl” is an iconic image that has influenced and inspired many people. Tony Northup wanted to talk about how this image inspired him, but then he learned the story behind it – and it wasn’t pretty. The truth behind how this legendary photo was taken is sad and disturbing, and Tony shares it in this video.

McCurry photographed the “Afghan Girl” (who was later identified as Sharbat Gula) in 1984, in a refugee camp near Peshawar, Pakistan. Gula was ten years old at the time, studying in a tent school. McCurry said that he had been drawn to her by her piercing green eyes and he’d wanted to take a photo of her. However, the girl was wearing a burka covering the rest of her face. With the help from his translator, McCurry reportedly asked Gula’s teacher to tell the girl to remove the cover and show her face. And this was in severe breach of the girl’s personal boundaries.

Gula is a Pashtun, and she wasn’t supposed to show her face and make eye contact. She also wasn’t allowed to be in the same room with a man who was outside her family, to have her photo taken, and especially have her photo published. As you can see, the iconic photo depicts Gula with her face uncovered and her stunning eyes looking straight at the camera. And she was photographed by a male photographer, who captured her in a way which was unnatural for her.

Some sources (including NatGeo) claim that Gula was an orphan when she fled Afghanistan during the Soviet invasion in 1979. But according to the BBC, Gula’s mother died in their village in Afghanistan when she was eight. Gula migrated to Pakistan with her father, four sisters and one brother, and started living in a refugee camp Kacha Garahi near Peshawar. If this were the case, McCurry was probably supposed to ask her father for permission before photographing the girl.

The photo was published on the cover of National Geographic in June 1985, and the magazine stated that the girl’s eyes were “reflecting the fear of war.” However, in some later interviews, Gula said that she was scared while having her photo taken, and she ran away immediately after it. So, her eyes did reflect fear, but it wasn’t necessarily the fear of war.

McCurry’s photo became internationally recognized and he was widely celebrated. However, it wasn’t until 2002 that he went back to Pakistan and managed to track down Gula and find out who she was. This was the first time she found out that her face had been famous all over the globe – 17 years after the photo was taken. As she said in an interview, this got her and her husband “nervous and very sad” at first, but after a while, they were happy about it.

Gula has led a life of hardship, fear, and suffering. She sought refuge in Pakistan and lived there for 35 years. She got married at 13 and had five children. One of them died at an early age, and her husband died in 2012 from hepatitis C. According to the BBC, another of her daughters died from the same cause, leaving a two-month-old daughter. Gula’s eldest daughter and husband were buried in Peshawar, where she lived for 35 years. In 2016, Gula she was imprisoned for illegally obtaining Pakistani ID. She was then deported to Afghanistan where she and her family were warmly welcomed, but she still saw Pakistan as her home, considering all the years she had spent there.

Both the story behind this iconic image and Gula’s life story are pretty disturbing and sad. But there is still some good that came from this photo, as Tony concludes. It led to NatGeo setting up a charity for Afghan girls, which reportedly raised over one million dollars. The photo inspired millions of people, and it contributed to spreading the word about Afghan people and their troubles. Things aren’t always black and white, and it’s apparently the case with this image too.

And what do you think? Would it be better for Sharbat Gula if this photo were never taken?

[Update 5 March 2019: the video has been removed from Tony Northrup’s YouTube channel]