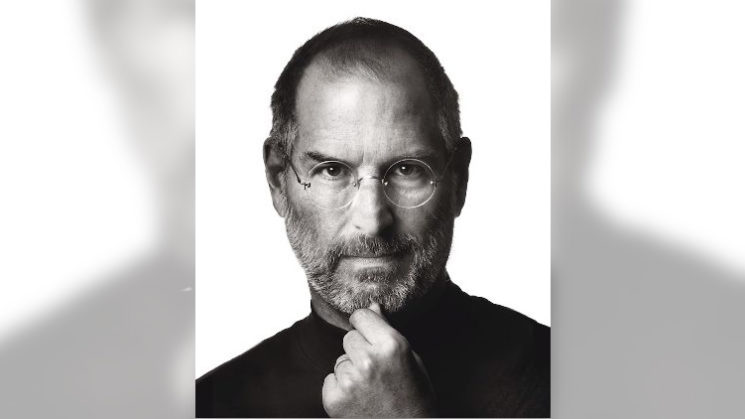 When you think of a portrait of Steve Jobs, I bet this is the image you have in mind. Photographer Albert Watson took the famous portrait in 2006, and it has become a signature photo of the famous visionary and entrepreneur. In this video from Profoto, Watson himself shares the interesting story behind this recognizable portrait.

Shooting this photo was a part of a project that required Watson to photograph the most powerful people in the USA. Steve Jobs was due to show up at 9 a.m. for the 1-hour shoot. As Watson recalls, a person from PR told him Jobs hates photographers minutes before he came. So, he came up with a great, but risky way to approach the task.

One minute before 9 o’clock, Steve Jobs arrived to the set. Watson told him they have one hour to shoot, but he has some good news: “I think I can get this done in half an hour.” This made Jobs happy, as he had lots of work to do, and I guess it instantly made him more relaxed and cooperative.

With only 30 minutes to take the shot, Watson though: “Why don’t I approach this as a passport photo?” So, he kept the setup simple, and it was his approach to the subject that made the photo.

He asked Jobs to lean slightly forward and imagine being across the table with four or five people who didn’t agree with him, but he knew he was right. Jobs thought it was easy – he did that every day. And in only 20 minutes, they had the shot. Even Jobs himself said it was the best photo anyone had ever taken of him.

At the time, Watson recalls, he thought Jobs was just being polite. However, years later, Apple asked for the photo after Jobs passed away. It was published on their website, and the rest is history.

I found Watson’s story very interesting, not just because it tells more about one of the most recognizable portraits of the 21st century (so far). It also shows how important it is for photographers to have strong interpersonal skills, know what to say and how to approach each of their clients. I believe those are some of the traits that make a professional, and this story is a great example.