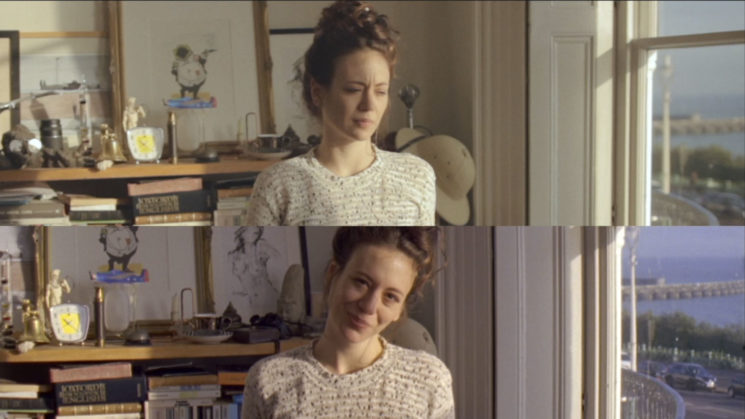 Shooting with real film is the dream of many filmmakers. Often, they actually get their chance, and fall in love with it. But these days, even more so than in the past, film is very expensive. Unless one is independently wealthy or wins the lottery, it’s just not viable for every project.

Simon Cade at DSLRguide has discovered this, too. Having recently started to try out Super 16 film, he knows he can’t justify the expense to use it for all his projects and ideas. So, he set out to recreate the look in post using DSLR footage. In this video, he talks about analysing the Super 16 format, and how to reproduce it digitally.

The first step in getting that Super 16 look with a DSLR or mirrorless is shooting it properly. Super 16 film footage has some interesting characteristics which make it quite different from the near-perfect footage we can get from DSLRs and mirrorless cameras. 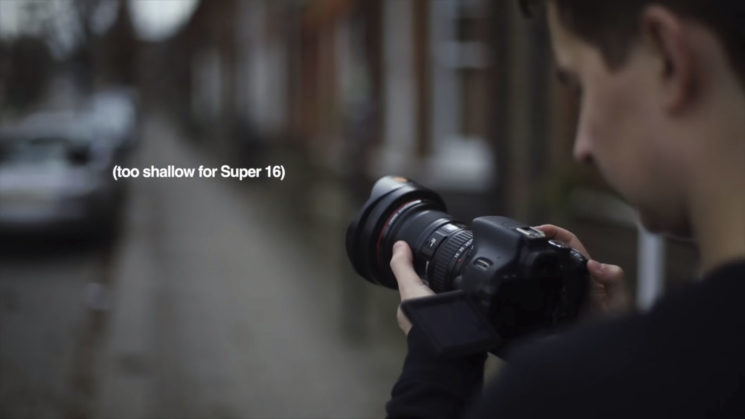 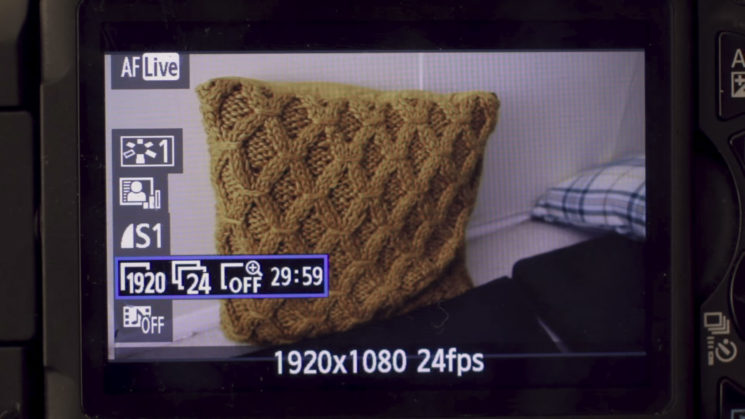 Super 16 is also quite soft, by comparison to today’s high resolution cameras. In-camera sharpening also makes this difference even more obvious. So, make sure to turn sharpening as low as the camera will go.

Shooting it, however, is only half the battle. You also have to make your digital footage match the colour, tone and contrast of Super 16. This is a pretty subjective thing, though, as there isn’t a “Super 16” look when it comes to this.

Over the years, many different companies have made Super 16 film. Kodak, Fuji, and several others have made Super 16 in multiple varieties, and each has their own different look. Simon walks us through his process to get digital footage to more closely resemble the film stock he used – Kodak Vision 3. 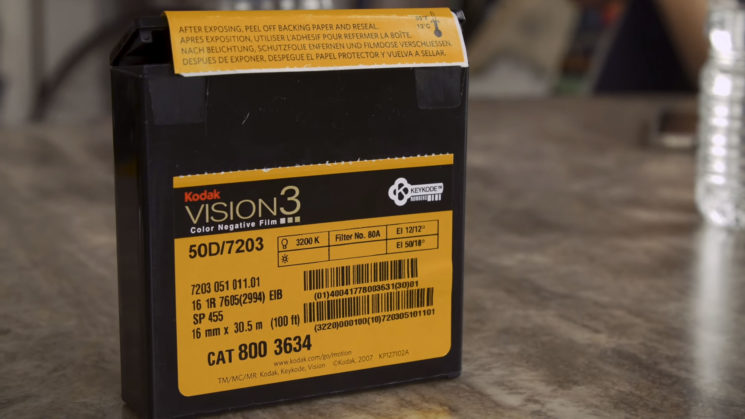 Simon starts by adding a tiny amount of grain to the shot to try to match the Kodak film. He advises not adding too much grain if you plan to upload to YouTube, as it can often just look like really bad compression once uploaded.

To match the colour, simon then uses the waveform to match the brightness of the highlights, shadows and midtones to get them matching closely. Then he moved the colour sliders for each of these areas. Highlights went more toward red/blue, midtones toward green/yellow, and some magenta on the shadows. I still think it could use a little more tweaking, but he got it pretty close. 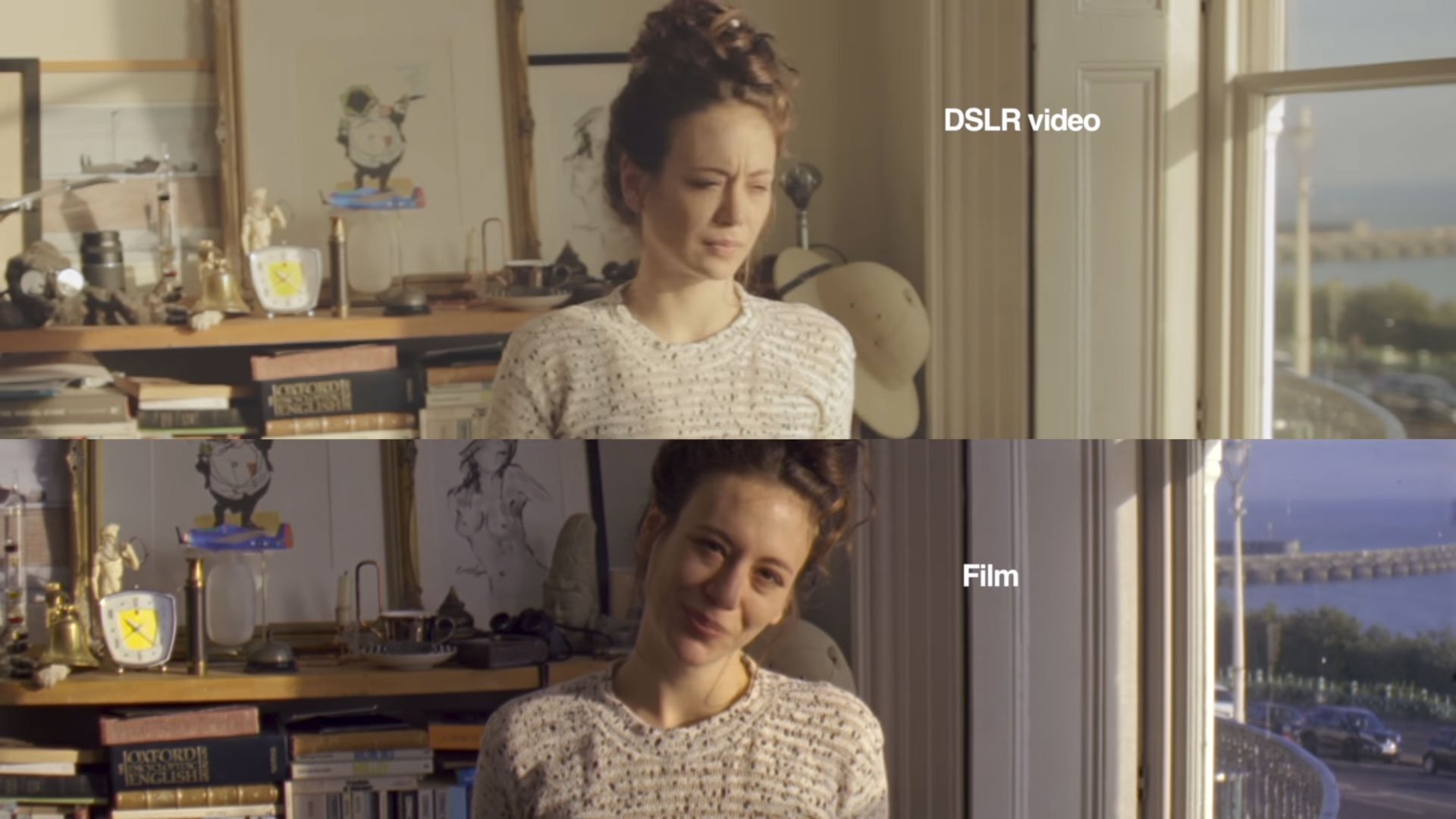 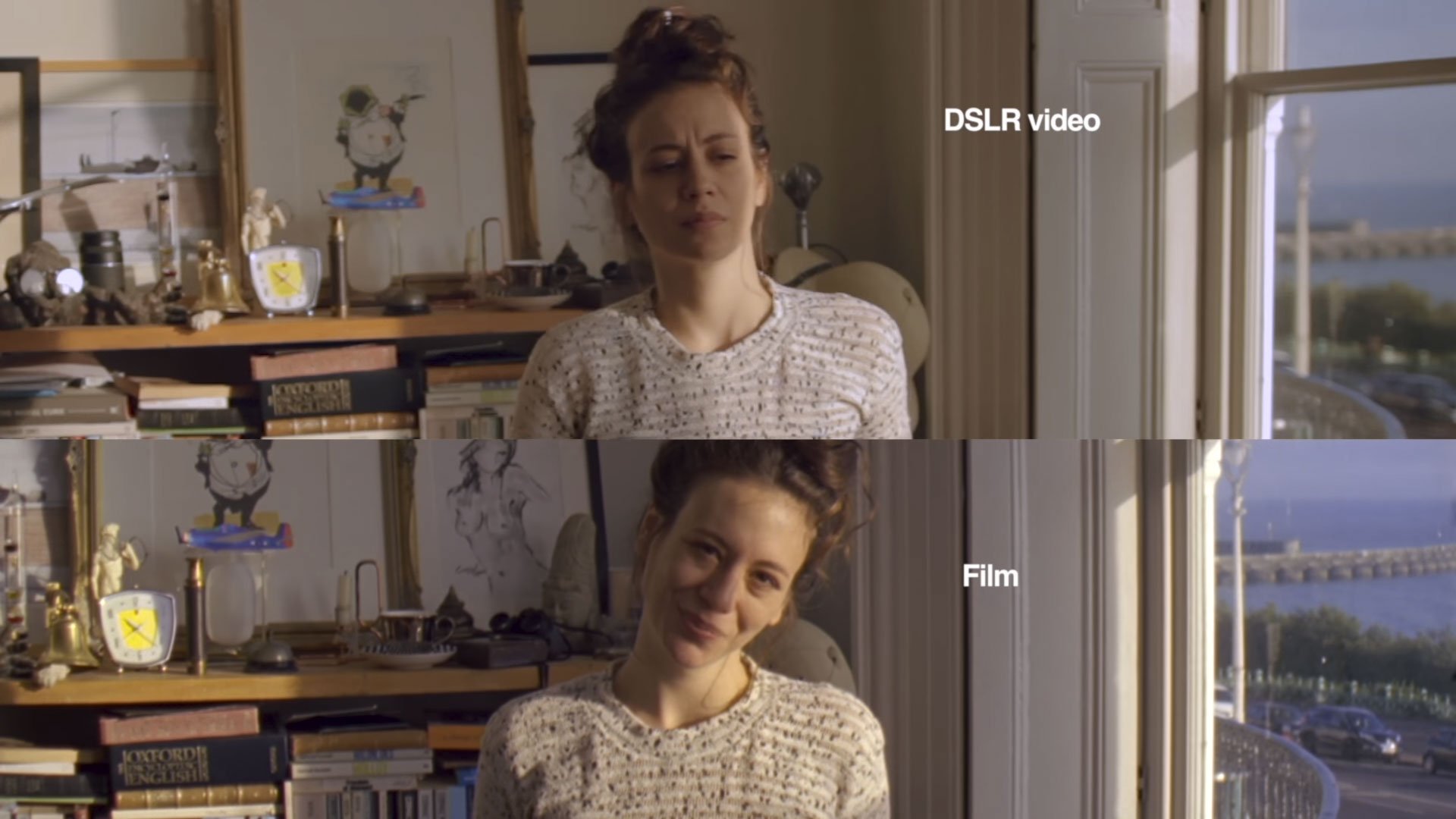 There’s still one big giveaway that it’s been shot digitally, though. Looking at the vectorscope for the original Super 16 shot, we can see that the exposure bounces slightly from frame to frame. Digital footage is consistent between frames, never wavering (if you’re on manual exposure, anyway).

Simon uses an overlay video clip to add this jitter to the digital footage to simulate the slight variance in exposure that film gives from shot to shot.

The overlay file has been made available for download on Dropbox, so that everybody can use it in their own footage. It also adds a slight vignette to the footage, which is common to Super 16 film. I think this flicker, for me, is one of the things that makes or breaks “the film look” when I see people trying to emulate it with digital. It’s often very subtle, but with film it’s always there, and we pick up on that.

I’m not particularly interested in shooting movies on actual film. Sure, it sounds like a whole lot of fun, but it’s just too much expense, time and hassle. Film does offer an aesthetic that I like, though. I love the organic and imperfect nature of it, that’s lost with digital where we strive for perfection.

Simon’s conversion doesn’t replicate Super 16 exactly, but it gets pretty close. How much more you want to refine it, or adapt it to emulate different film stocks is up to you.