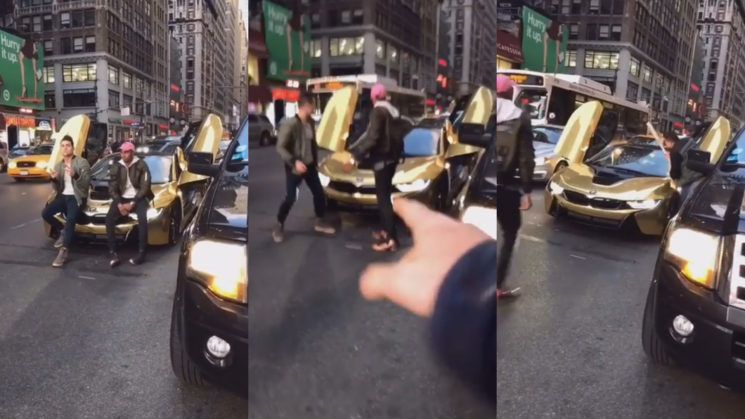 YouTuber Coby Persin has over 2.7 million subscribers. He’s a serial prankster who performs “social experiments” on unsuspecting members of the general public. This time around, his latest video is going viral for a very different reason. During a “quick photoshoot” in NYC, he decided to block a lane of traffic on one of New York’s busiest roads.

Throughout the video, cars are honking their horns, and having to squeeze into traffic on other lanes in order to get past. One driver, however, thought he’d take a slightly more proactive approach. The unknown driver pulled up behind him, took a bat from the back of his car, and then proceeded to smash the windshield of Coby’s gold BMW i8.

This is the same car Coby used in his recent “Most Epic Gold Digger” prank. This incident, however, has not received quite the praise that many of his previous videos have.

He’s now seeking the public’s help in identifying the unknown assailant. I have a feeling, however, that anybody who can identify this person will be have a similar response to this gentleman.

The video posted to Facebook less than 48 hours ago has already received over 15,000 comments. Pretty much all of them are extremely negative towards Coby’s actions.

A few people have suggested this is all just another prank to drive traffic to his YouTube channel. Most of his previous videos have received many millions of views, and some of them do actually have a very important message. The recent “gold digger” prank mentioned above, however, has only received a mere 800,000 views since it was uploaded about a month ago.

Whether it was staged or genuine, he pissed off a lot of other drivers. Even if it was just a promotional stunt, they can’t all have been in on it. This is why getting permits, especially for shooting on the street, is so important. 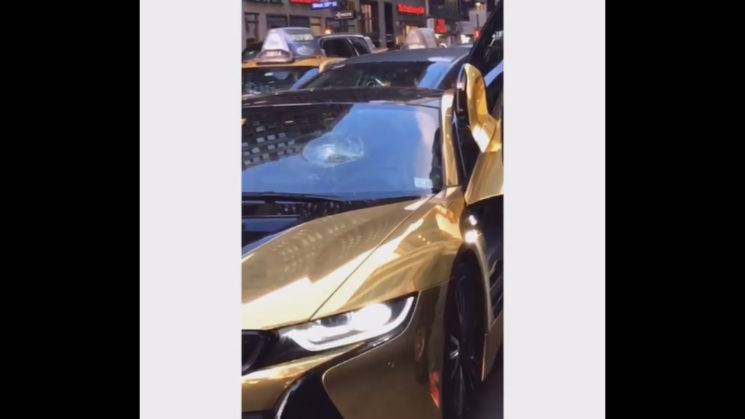 What do you think? Was it a promotional prank? Or was it for real? If real, did he get what he deserved? Or was there no excuse for this person’s actions? If you know the man who did it, how many beers will you buy him? Let us know in the comments.