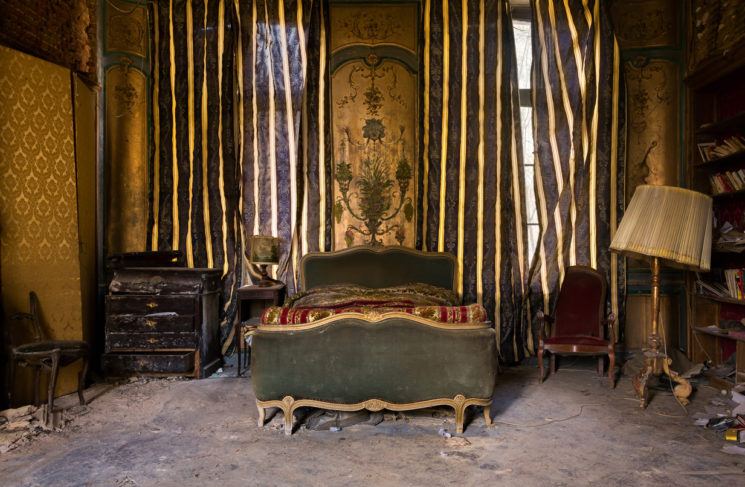 The bedroom is one of the most personal spaces in a house, hotel or any other kind of building. It’s a place where my imagination can go wild. When I stand in an abandoned bedroom I’d like to think ‘what happened here?’. People used to sleep here, been intimate with each other, had discussions and laughter etc.

Sometimes even personal belongings have been left behind as you can see in the pictures, for whatever reason. Since the bedroom is such a personal space and the memories / history of that space is being consumed by nature, I decided to create a set of a couple I ran into while exploring. 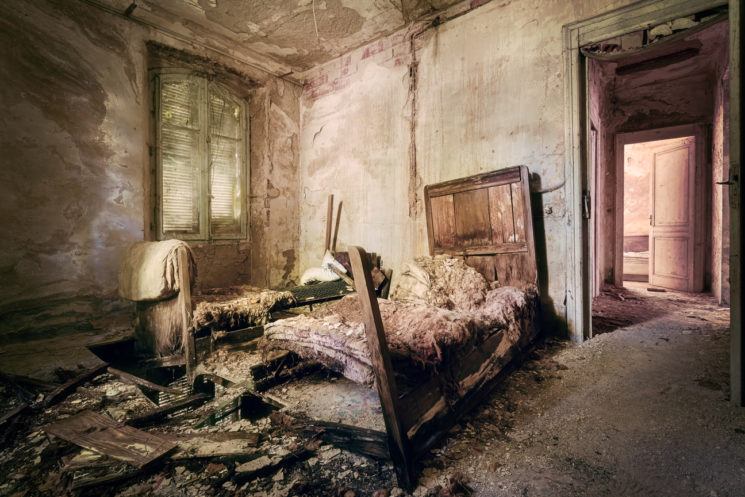 Falling through the floor. 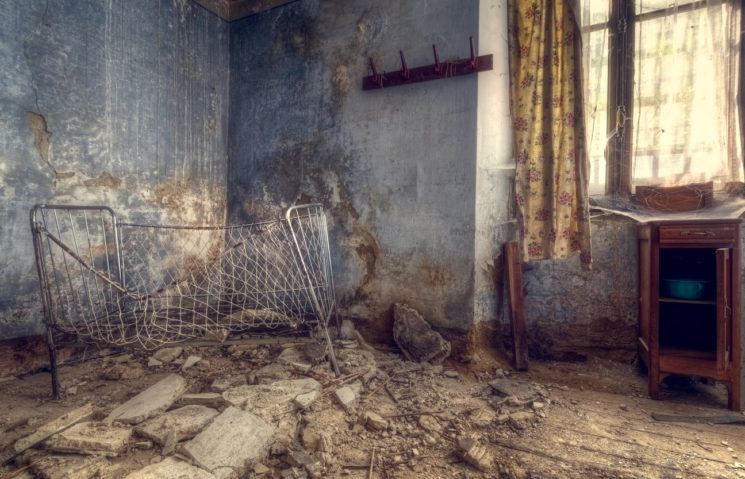 Bed for a child in a former hotel.

The most intriguing bedroom I ran into is the one in the former child hospital. It’s been closed about 30 years ago and considering that still in a pretty good condition, besides the natural decay. Wind and rain made this a very creepy explore since I kept on hearing the weirdest noises. The building had classrooms, a chapel and several bedrooms. Imagining how kids used to stay here and seeing the beds it intrigued me. 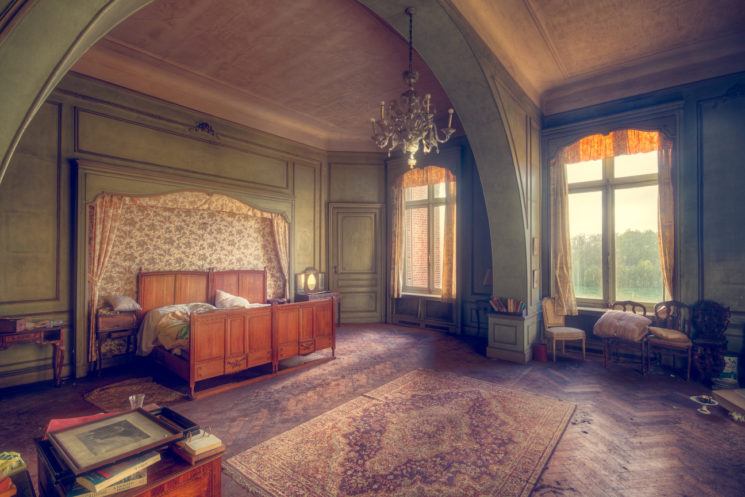 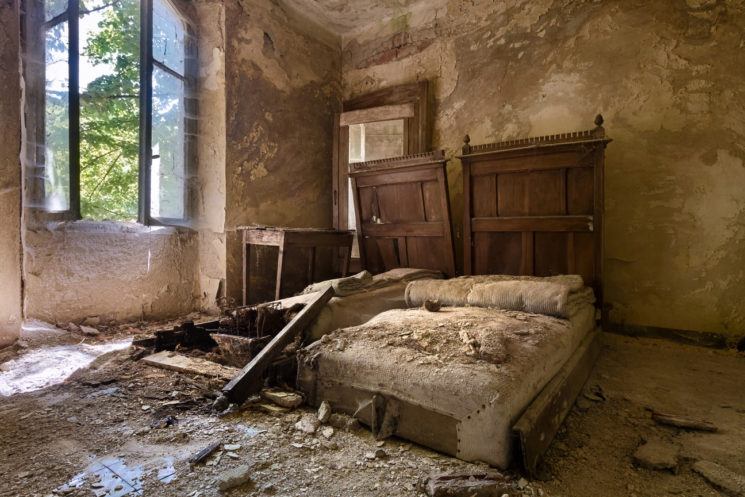 Room in a decaying hotel.

The strangest thing that happened to me was when I was exploring an abandoned house. After checking every room on the ground floor I went up to check the other rooms. Opened the door to one of the bedrooms and there was a body in the bed! It scared me a lot and at first I ran off. Checked again a few minutes later and saw that the body was breathing. Must have been a ‘homeless’ guy. I decided to leave right after that.

The photos below show the rest of the bedrooms for this series: 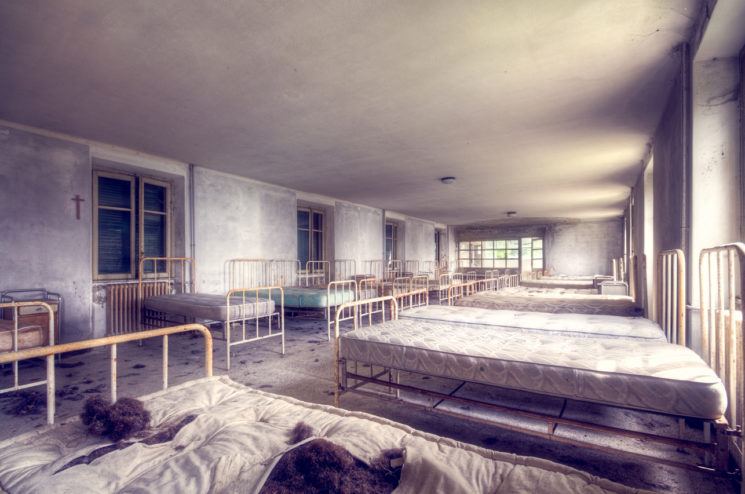 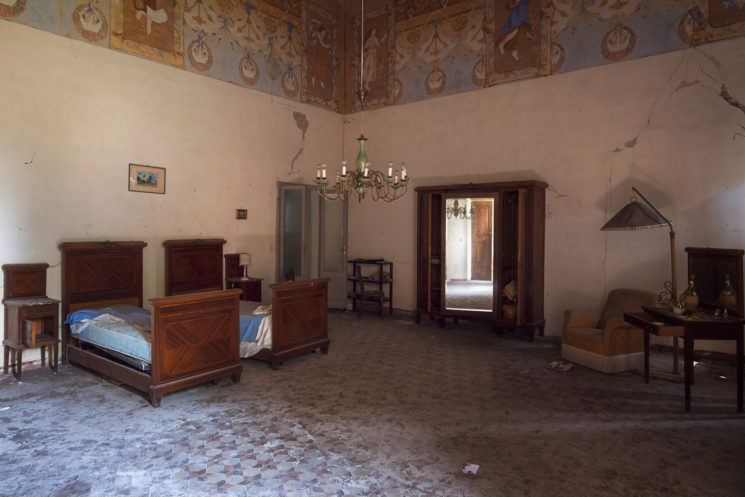 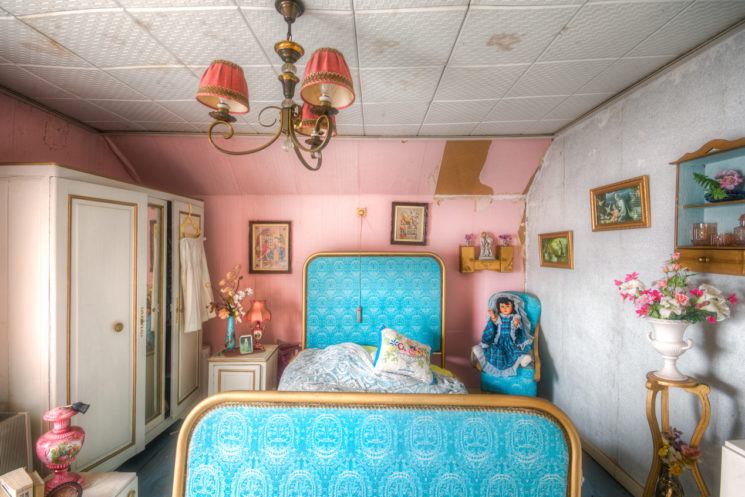 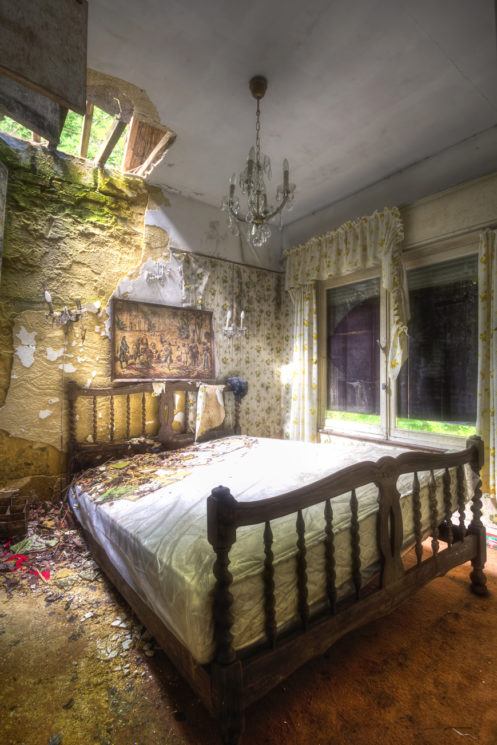 Hole in the roof. 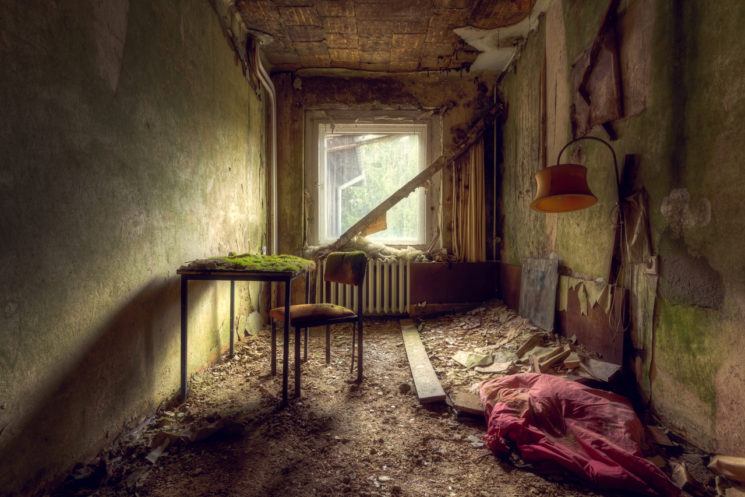 Mold on the wall. 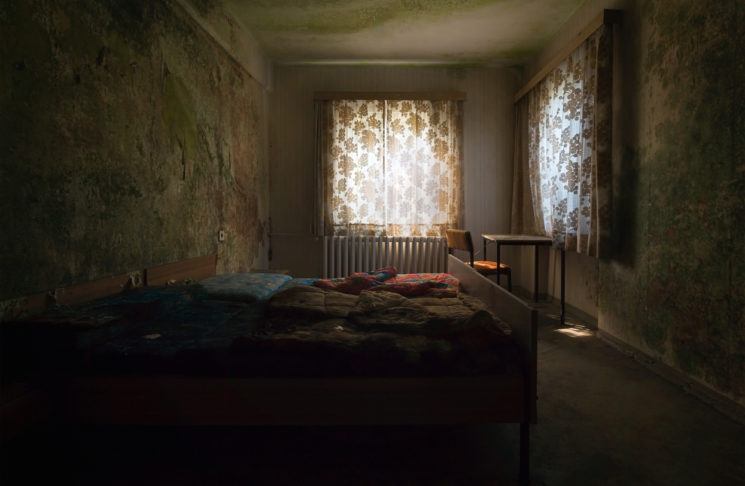 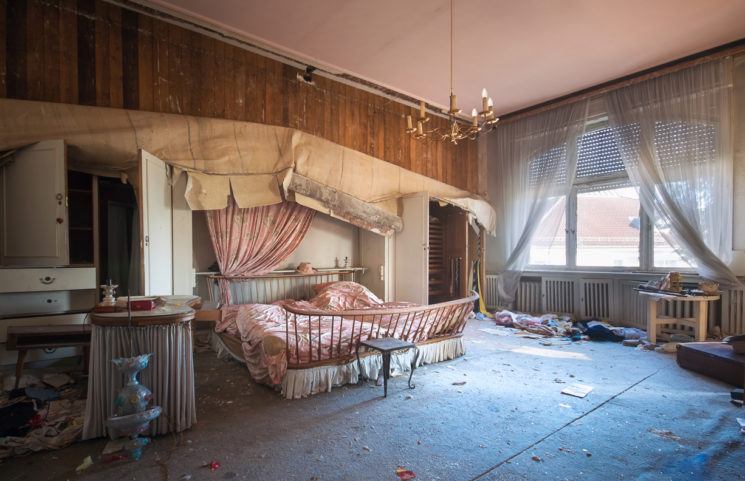 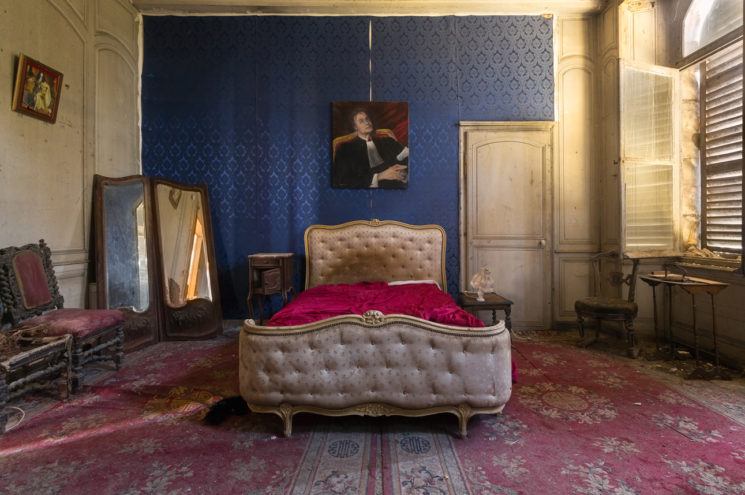 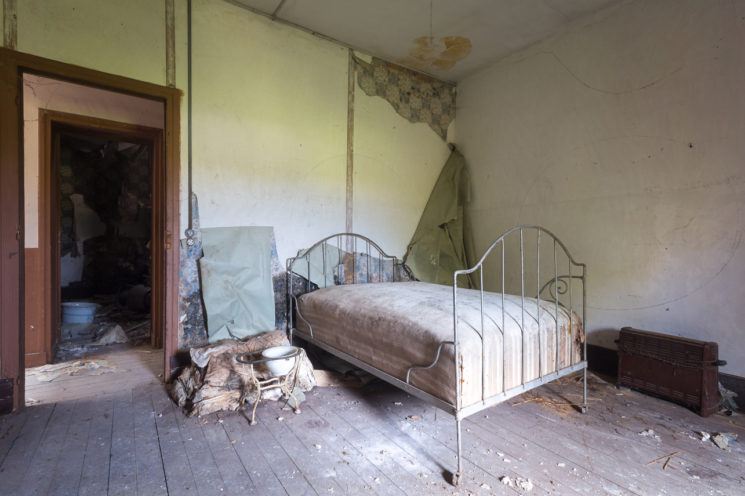 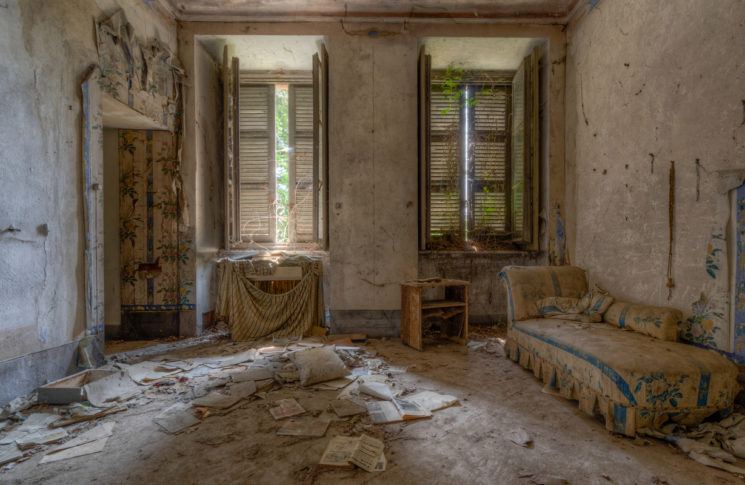 Bedroom in a palace.

Roman Robroek is an urban-obsessed photographer, born and raised in the enchanting South of hte Netherlands. He shoots unique photos of undisclosed abandoned places. You can find out more about Roman on his website, follow his work on Instagram, or reach out to him through Facebook. This article was also published here and shared with permission.