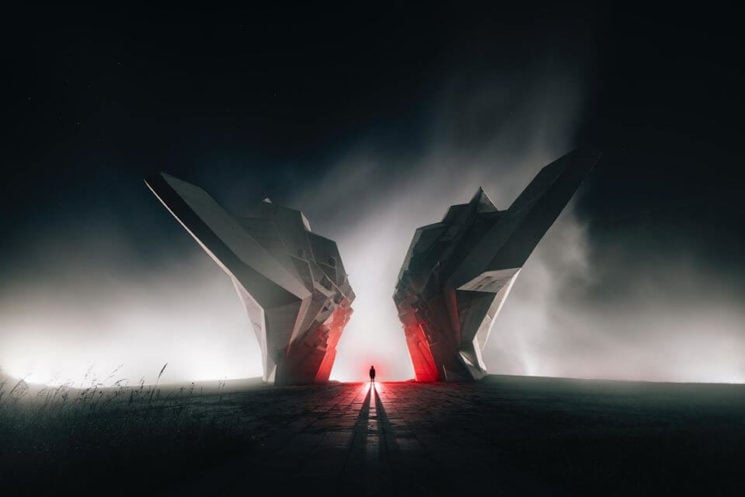 I’ve never been a fan of brutalism, probably because I’ve grown up in a country that has lots of buildings from this era. I’ve never found brutalist architecture particularly photogenic either. But then, I saw photos taken by Xiao Yang and they changed my mind.

This Chinese photographer has traveled the world searching for abandoned places to photograph. Her journeys have brought her to the Balkans, where you’ll find lots of massive concrete monuments, mostly built in the 1960s and 1970s. Using long exposures and light painting, Xiao has managed to turn these abandoned monuments into magnificent giants you’ll want to visit right now. 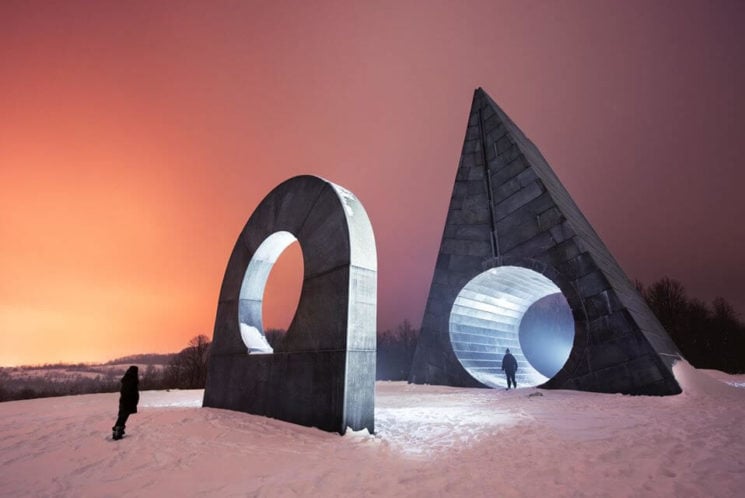 For Xiao, traveling and photography have always been connected. She caught the “light painting bug” back in 2012 when she visited a monument called Buzludzha, in Bulgaria. She visited this place with British photographer Mark O’Neill and they have traveled and shot together many more times after that.

Both her work and her passion have sent Xiao to different countries all over the world. In her travels, she has visited all the countries that were once a part of Yugoslavia and depicted their architecture and monuments. There are many of these “concrete giants” around Serbia, Bosnia and Herzegovina, Croatia, and other countries that made up what used to be Yugoslavia. Most of the monuments are forgotten today, often also “decorated” by graffiti. But they’re still standing as a reminder of past times. 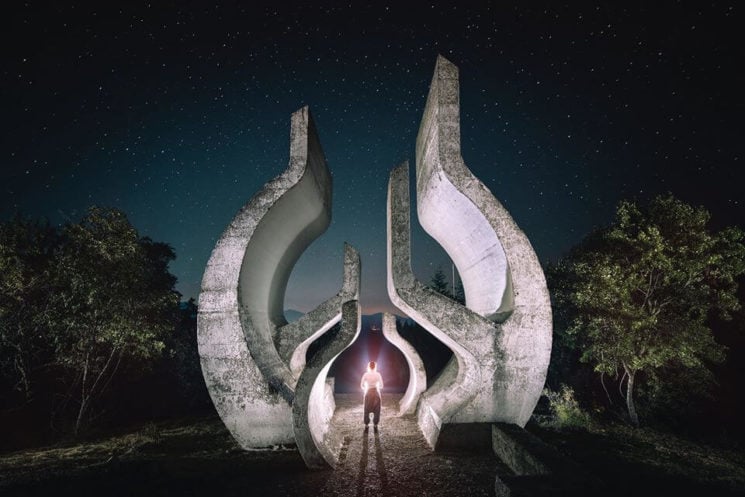 In her images, it looks like Xiao has given new life to these forgotten concrete giants. She travels to these places and photographs them. Sometimes she takes photos during the day, but most of them are long exposure photos, often combined with light painting. Since it’s not always safe or pleasant to be alone in the dark, she usually takes along her friends, husband, or other photographers. Not only do they keep her company, but they also often pose in her photos or help her with the light painting.

Even though there’s often a political or historic message behind these monuments, Xiao sees them in a different way. “They are all man-made in the past but have been neglected by people today,” Xiao told Nova Makedonija in an interview. “I do view those architectures in this way: once they have been built up, they’ve already stopped belonging to humans, they have their own lives.” And in her photos, it looks like these concrete structures get a new life, new strength and definitely new beauty that many people fail to see at first sight. 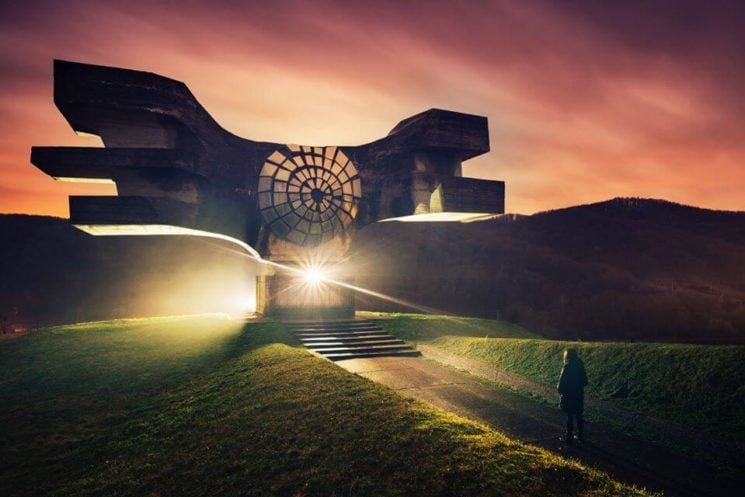 There are many more magnificent monuments and places depicted in Xiao’s images. You can see more photos from ex-Yugoslavia below, and follow Xiao on Instagram, Facebook, and Flickr for more of her fantastic work. 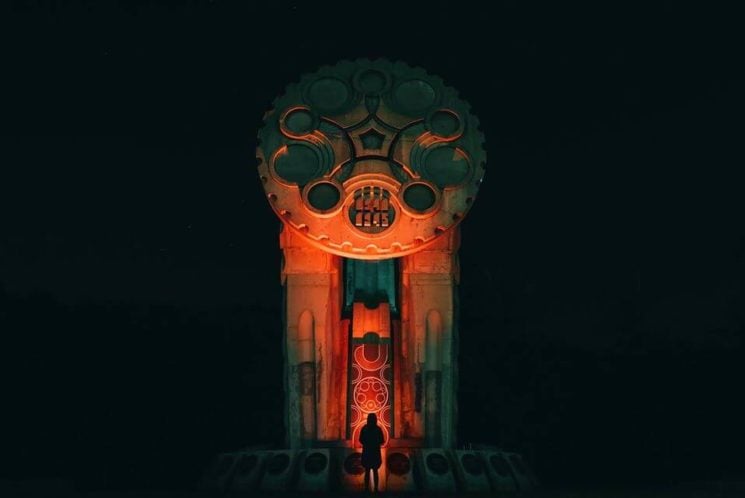 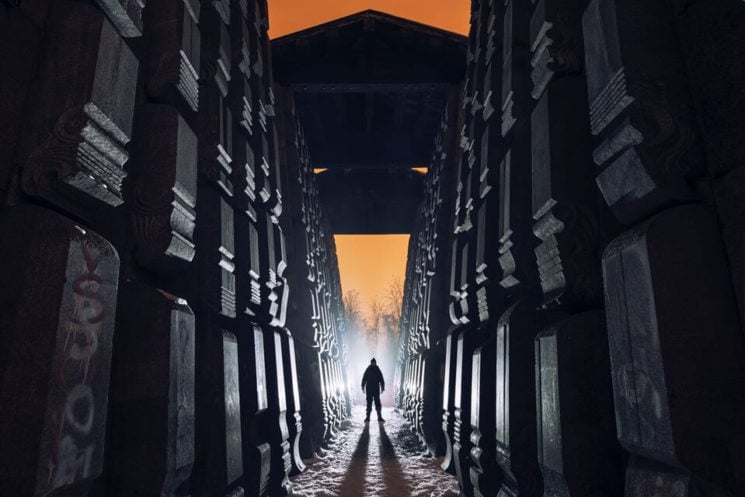 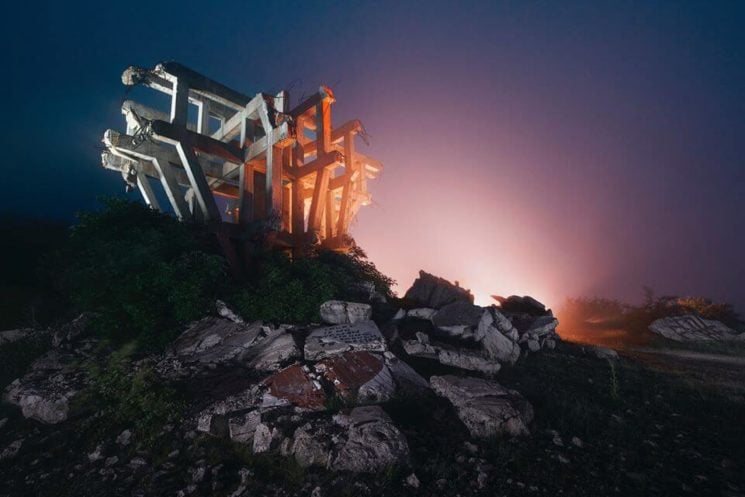 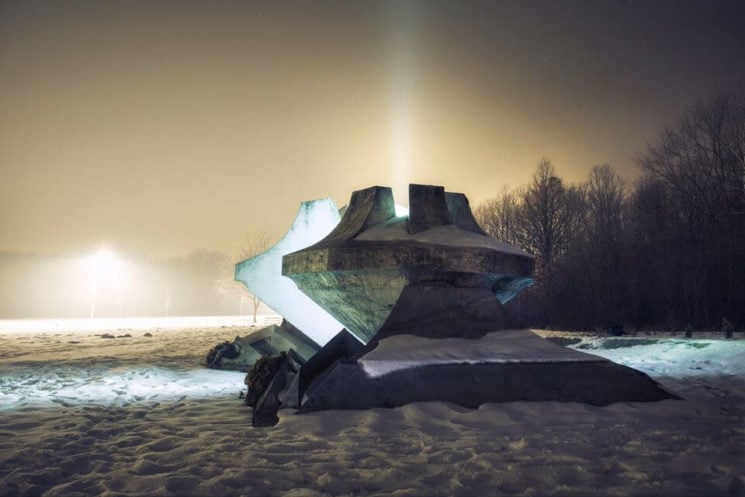 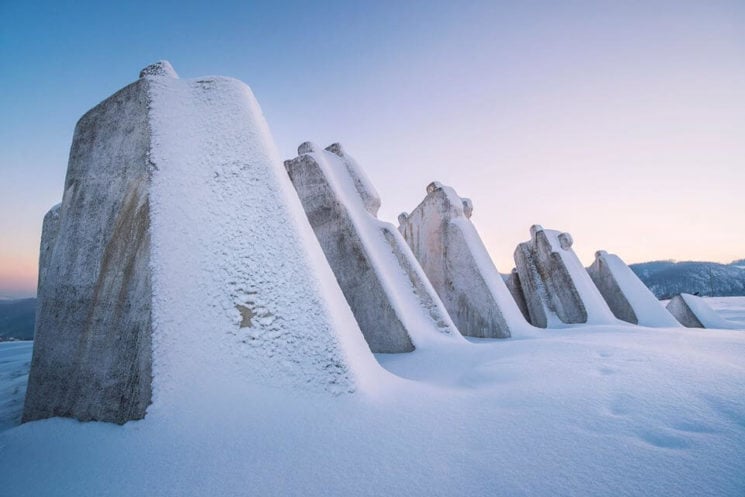 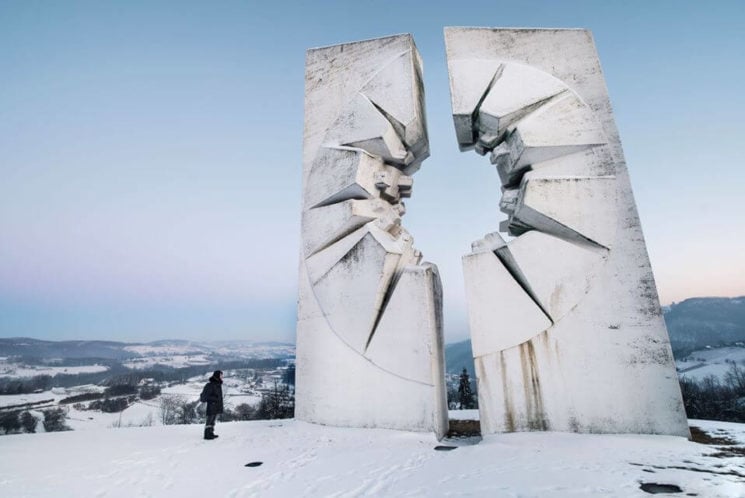 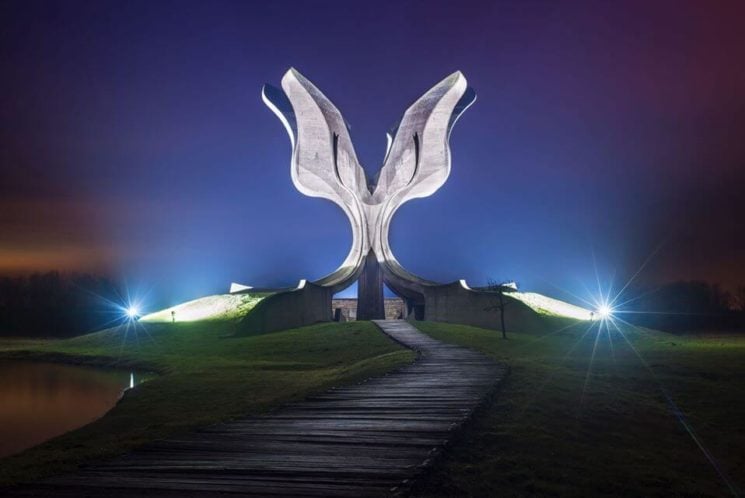 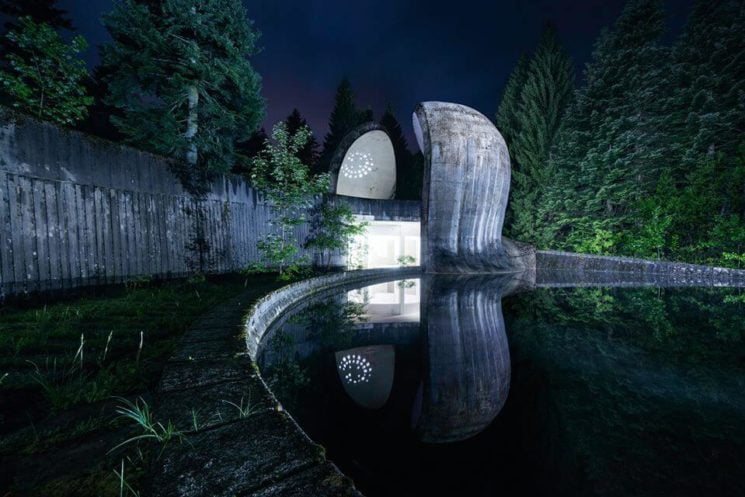 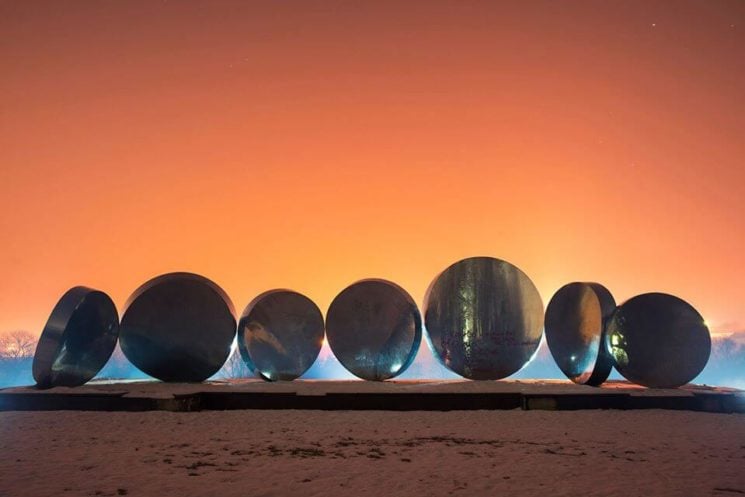 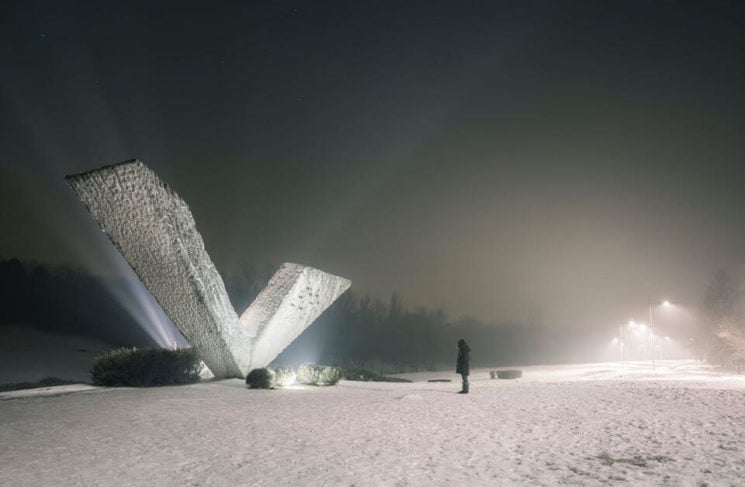 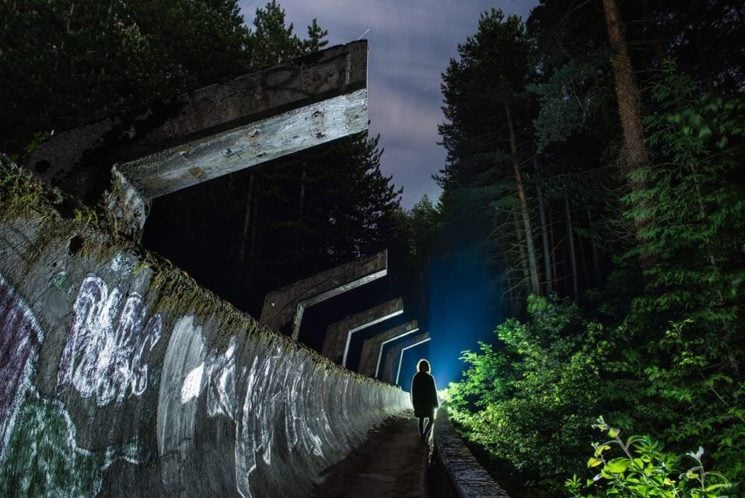 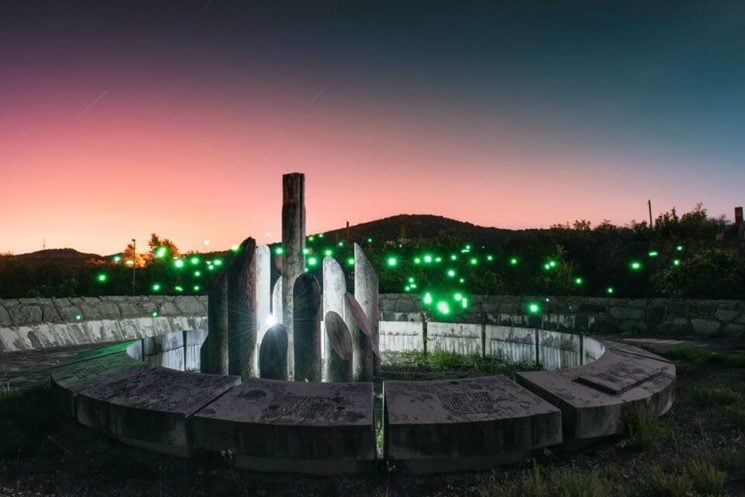 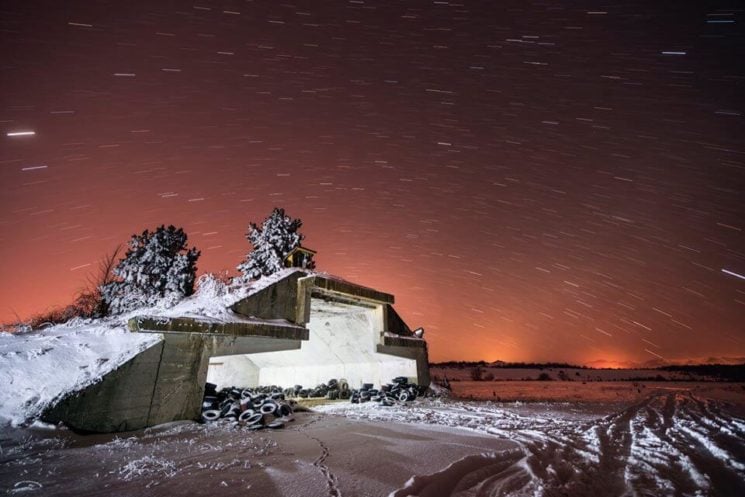 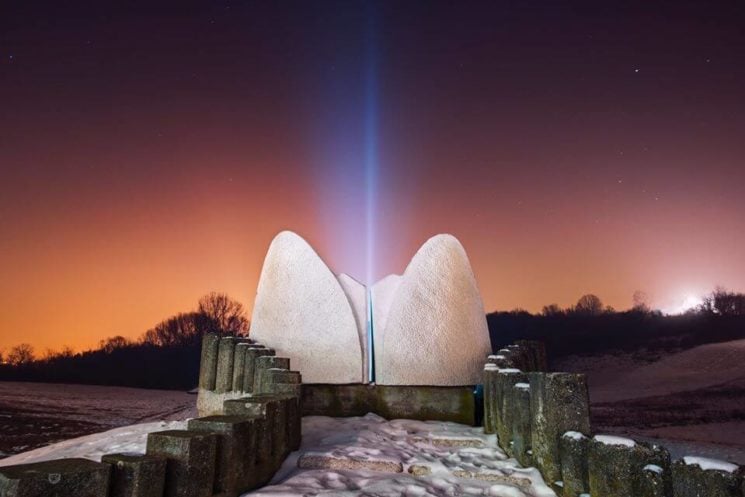 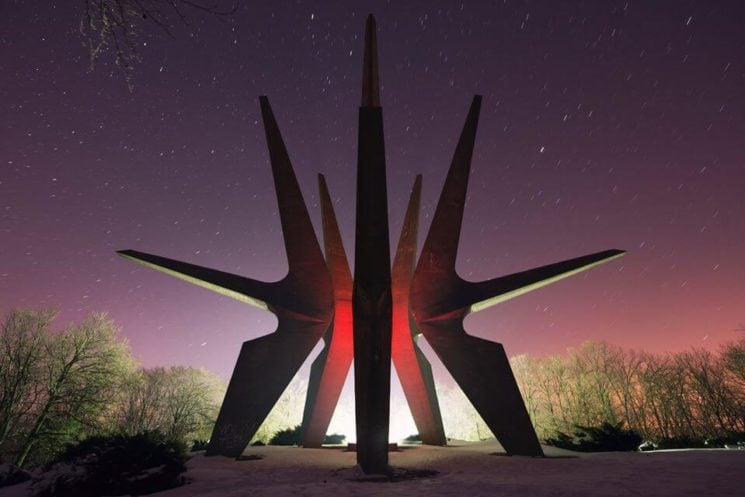