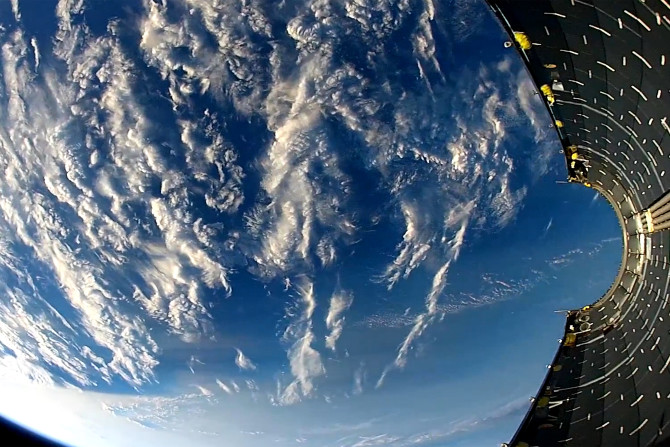 SpaceX is a privately owned company that aims to revolutionize space technology with its advanced rockets and spacecrafts.

Hoping to carry its first human astronauts in 2017 and eventually colonize Mars someday, the company is obviously performing a bunch of rocket and spacecraft launches and – and many of these activities are documented and shared on SpaceX’s YouTube channel.

This time, however, instead of sharing more footage of a rocket launch recorded from the ground, the company strapped a GoPro camera to one of its two-stage Falcon 9 rockets and uploaded out-of-this-world (literally) footage of Earth as the rocket falls back down.

In a most welcome contrast to the thousands of pointless and boring action cam videos uploaded daily, SpaceX has shared this stunning footage from space played in real-time.

Now’s the time to change the video settings to HD and full screen, kick back and watch what might just be the best video ever of an object falling:

For those who are wondering, the music is Blue Danube by Johann Strauss II which was also used in “2001: A Space Odyssey”.

Should SpaceX founder and CEO Elon Musk fulfill his dream one day of colonizing Mars, humans will be able to capture their own Martian sunsets without having to use robots to do so.

GoPro Strapped To Angry Ram Captures A Duel With A Motorcyclist