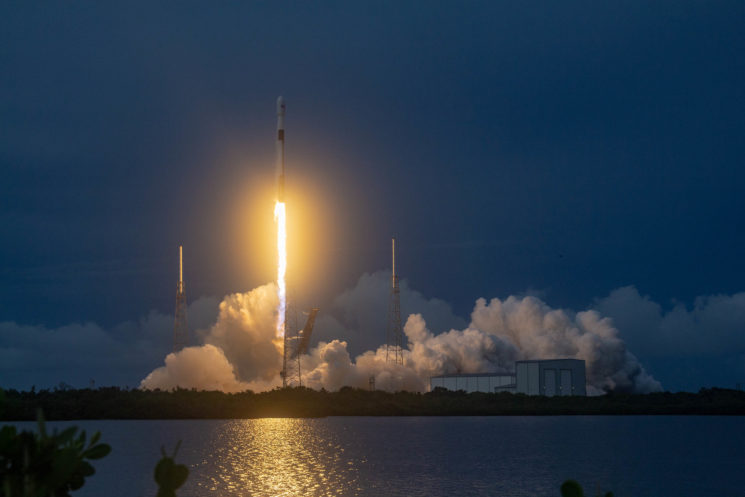 On Tuesday, 6 August, SpaceX launched a Falcon 9 rocket from Cape Canaveral. After the successful launch, Elon Musk tweeted a video that got even more social media attention than the launch itself. The video shows a SpaceX ship catching the rocket’s fairing as it falls from space, and it’s a perfect catch!

In the short video above, you can see SpaceX’s Ms Tree boat (Mystery boat?) catching the rocket’s fairing into a net. Musk later shared the same video but in higher resolution.

TechCrunch explains that the fairing is used to shield the rocket during takeoff. But when it leaves the atmosphere, it splits in half and falls back to Earth. The pieces of the fairing are meant to fall over the Atlantic, and SpaceX performed trial runs of catching them before the actual launch. For this purpose, SpaceX dropped the fairing from a helicopter, but not every attempt of catching it was successful.

As TechCrunch writes, the company plans to reuse these fairings for future launches. According to the same source, Musk previously said SpaceX essentially “throws away $6 million every time a fairing crashes into the ocean.” So, I guess this isn’t just impressive to watch, it will also save some money for the company.