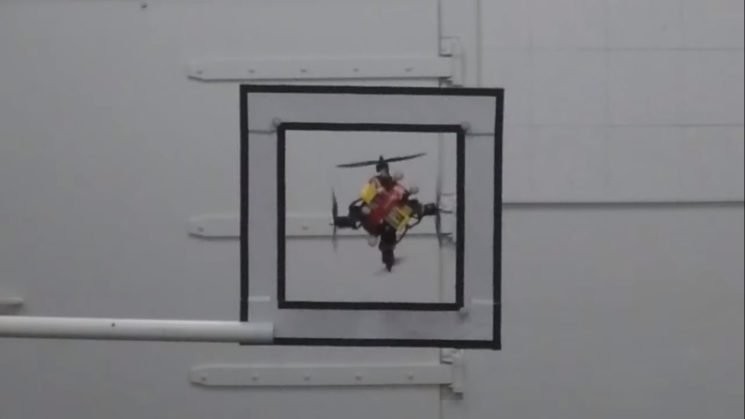 Drones have become widespread in photography and filmmaking, and their applications keep growing. Researchers at UC Berkeley’s High Performance Robotics Laboratory (HiPeRLab) have created a drone that shrinks mid-flight so it can squeeze through small spaces.

The drone is, for now, only a prototype. Instead of rigid connections between its arms and the central body, there are sprung hinges. These hinges allow for the arms of the drone to fold down when low thrusts are produced by the propellers. By doing so, the drone’s largest dimension shrinks by approximately 50%. What’s more, this drone doesn’t use any additional accelerators while the arms are folded, so it provides a longer battery life.

As the drone approaches the gap, the propeller thrust gets reduced and the arms fold. When it passes through the gap, the arms are unfolded and the propellers spin at full power again. As DPReview notes, there are still some improvements that can be added to this concept. For example, it could be made to work when there’s no wide-open area right on the other side of the small space. In the meantime, filmmakers can rely on tiny DIY drones, like those made by Robert McIntosh. With some DIY magic and mad piloting skill, you can also fit them through small spaces and shoot awesome videos like this one, or this one.