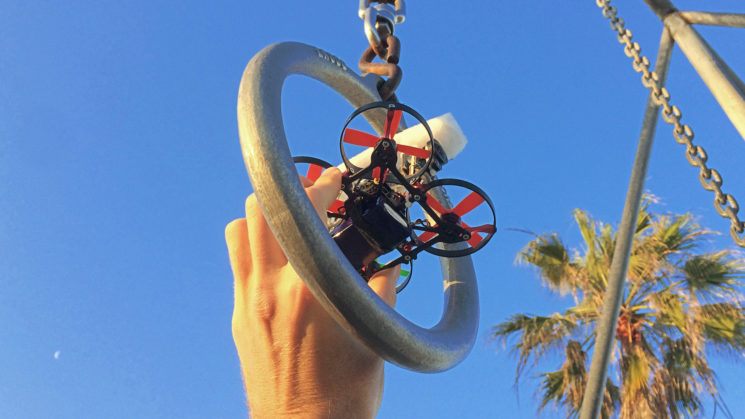 Sometimes, the best option is still to just build it yourself. A few months ago, we introduced you to filmmaker Robert McIntosh. He told us how he hacked up a GoPro to cut the fat and minimise its space & weight. Now, he’s had a little while to refine his design, and taken things even smaller. And it produces fantastic results.

It’s only 5″ wide, and 3″ tall with 2″ propellers. The GoPro Hero 4 looks like it’s been stripped back even more and completely reconfigured in form to fit. And the whole thing can fly through some extremely tiny holes. Robert’s new film Muscle-Up takes us on a flight through California’s Muscle Beach, with a few sound bytes to highlight the area’s real and cinematic history.

Robert describes the drone as “Smaller, lighter, better”. The smaller size and lighter weight means it’s more robust. It weighs a mere 94.7g, or 120g with the battery & foam roll cage installed. As a reference, a standard GoPro Hero 5 Black weighs in at a relatively hefty 118g. 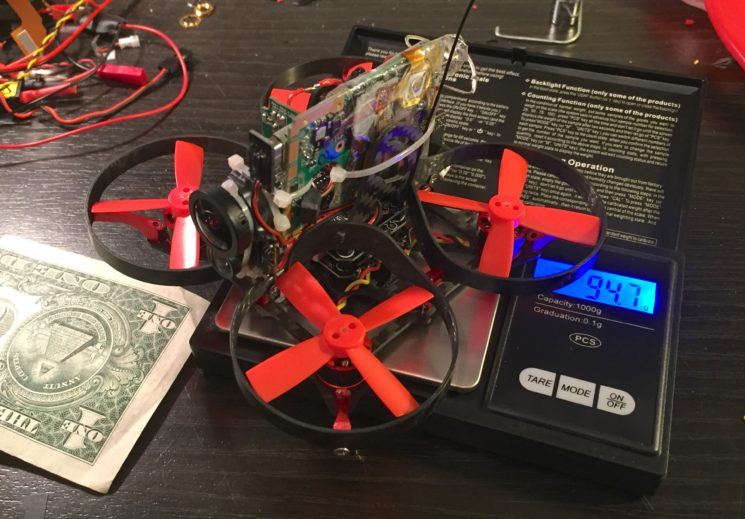 Going even smaller and lighter means it’s more resilient to bumps, and it can fly through even smaller, tighter openings. Such as the rings suspended on the beach. 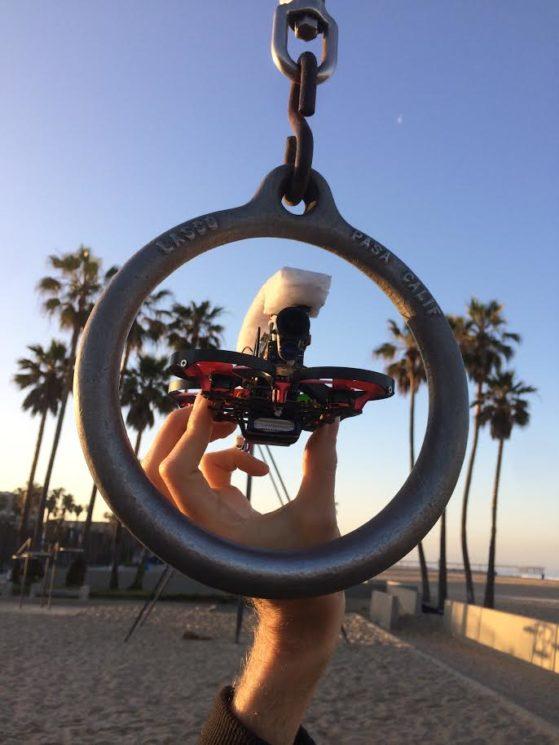 As with his previous video, the sequence is played back in reverse, and stabilised using ReelSteady. This makes the entire single long shot one great big reveal shot. Robert also sent along a behind the scenes video showing the original raw unstabilised footage, along with some outtakes.

This is quite probably the world’s smallest and lightest drone capable of shooting HD footage at this quality. It might not have some of the advanced tracking features of the DJI Spark, but it certainly seems a lot more nimble.

The skill and practise required to do this flight, even with FPV, is pretty amazing. Robert didn’t tell us, but I do wonder how many times he had to try and do the flight before he got it perfect.