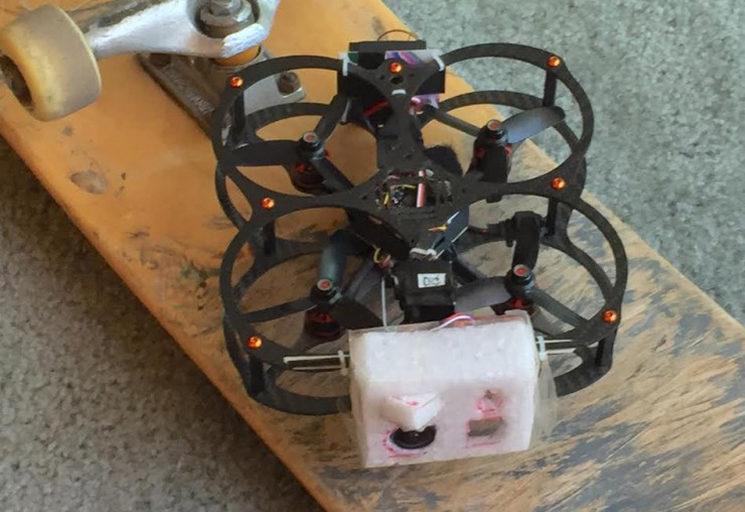 Here’s the thing with micro quads, they’re small. Real small. The clue’s in the name, really. And when they’re carrying a load, every single gram of weight saved counts. This was the issue faced by filmmaker Robert McIntosh when he wanted to attach an already rather small GoPro Hero 4 to his micro quad. Why? To fly it through very tight spaces, of course.

When I first came across Robert’s film Fresh Squeeze, I’ll admit I was a little confused. The quality is that which we’ve come to know and love from GoPro cameras. But drones capable of lifting a GoPro are generally too large to fit through such small holes. So, I got in touch with Robert to find out a little more about how the film was made.

While cameras on micro drones are pretty common, they’re often very low quality FPV cameras. They’re simply an aid to let the pilot see where they’re going while they fly. They’re usually not all that great for recording usable film footage. Mounting a GoPro onto a micro quad, though, took a little creative engineering.

To give you an idea of how small this drone actually is, Robert sent over a comparison photo. Of the four drones shown, the one that shot Fresh Squeeze was the tiny one on the left. The largest of the three quads is about the size of a DJI Phantom. 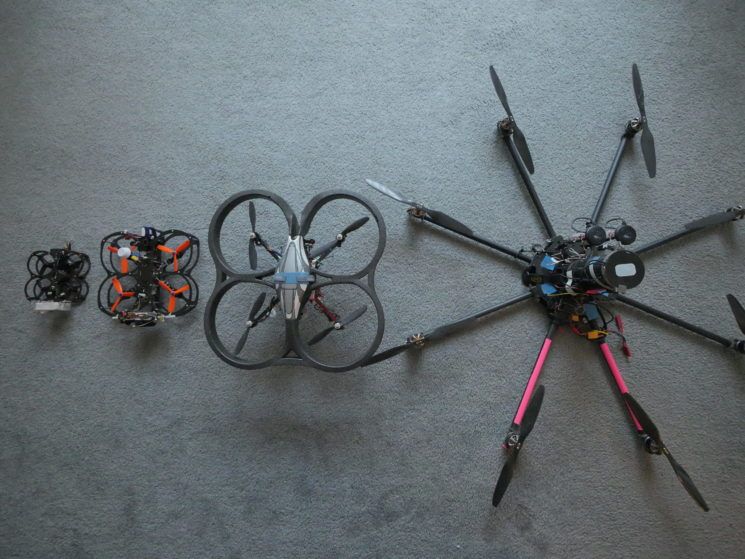 In order to have the small quadcopter be able to lift the GoPro Hero 4, Robert had to get the camera down to its lowest weight possible. Essentially, removing anything that wasn’t absolutely essential. This meant the entire outer shell, including the front faschia and power button cover. Removing as many screws and other non-essential items as possible was vital.

The stock GoPro Hero4 Black weighs only 88g to begin with. So, it’s not exactly heavy. But it’s still too much weight for the little micro quad. By removing the above parts, Robert managed to save a very impressive 24g. This brought the camera down to a slender 62g, knocking a little under a third of its weight. 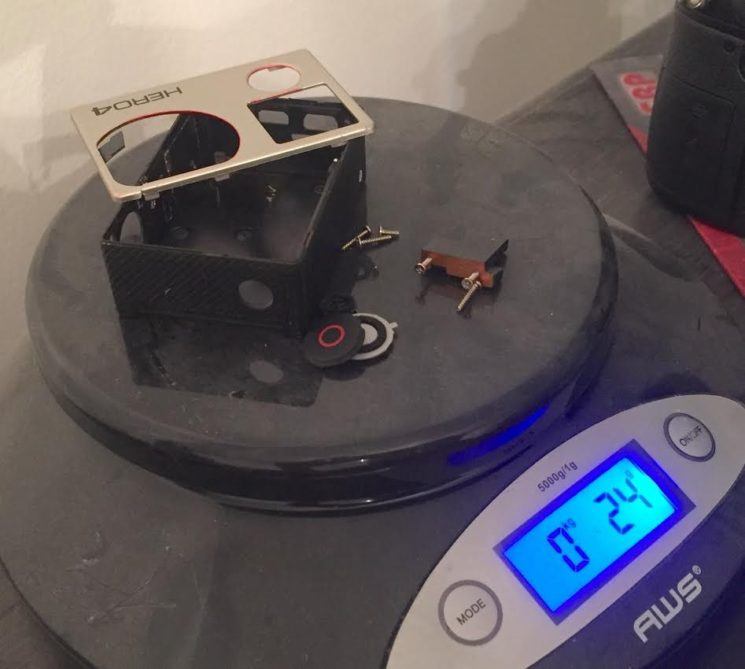 The camera’s guys were then mounted inside a super lightweight polystyrene “case”. Robert’s second problem, of course, was balance. Even weighing as little as it now did, the quad would become extremely front heavy. It’s a lot for those little 3″ props to try and counter. Robert’s solution was to simply extend the camera’s battery connector to the back of the drone which would balance things out nicely. 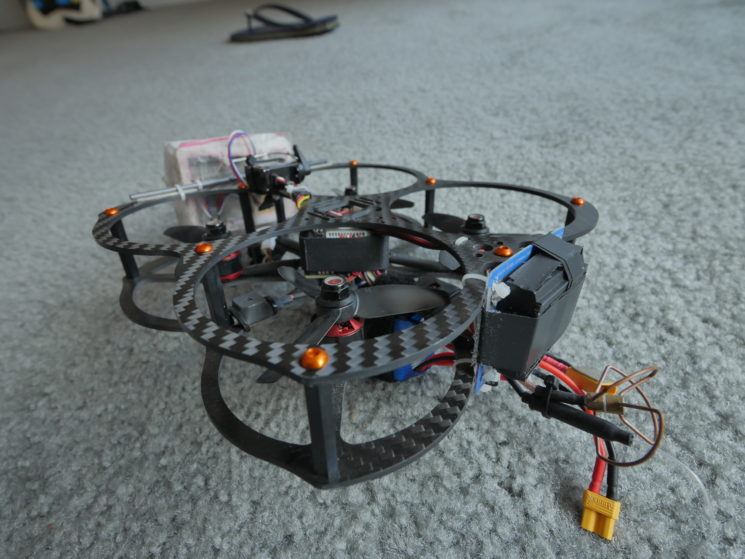 On a quad this small, there’s obviously no way to mount a gimbal. Even the lightweight 2 axis motorised gimbals come in at around 160g. So, Robert created an ingenious tilting mechanism using a simple tiny servo motor. With this, he could easily adjust the pitch of the camera to point it up or down as he saw fit. 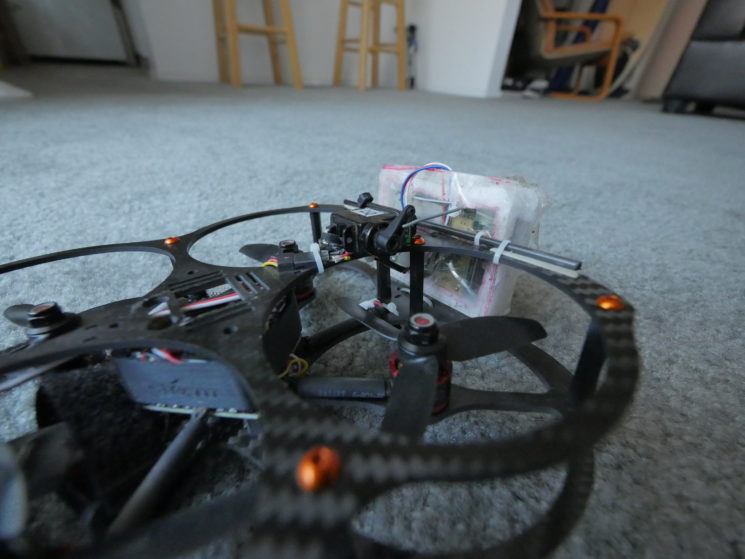 I mentioned FPV cameras earlier, and here you can see it mounted below the GoPro, along with the battery which powers the quad itself. This transmits a video feed back to the pilot so that they can see exactly where they’re going as they fly. FPV is a wonderful way to fly, and takes a lot of the guesswork out of whether or not you’re actually getting the shots you want. 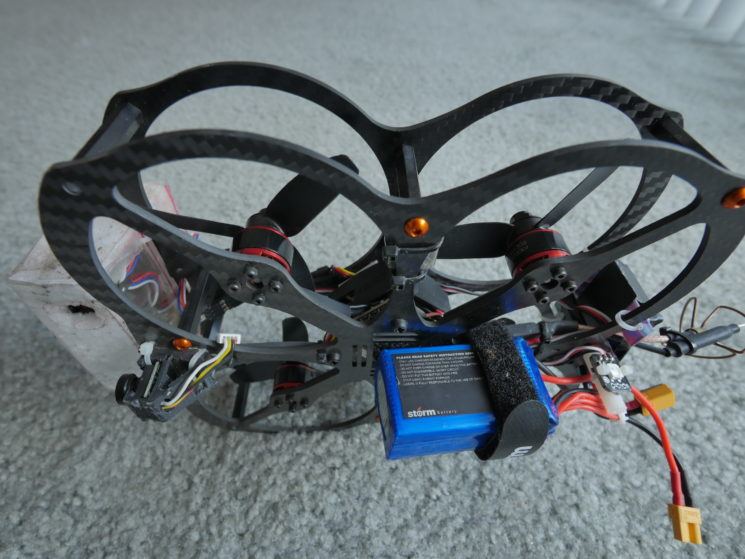 So, without a gimbal, how did Robert get the footage so stable? While there are various software options out there, Robert used an Adobe After Effects plugin called ReelSteady.

To further enhance the feeling, the footage was also played back in reverse. This allows for some fantastic reveals that simply wouldn’t have the same impact if played forwards. The footage also had some subtle retiming to help these reveals match up with the music. Robert says that the timing was pretty close to begin with, and actually gave him the initial idea to tweak things and make them match perfectly.

One of the benefits of working with such a small and lightweight setup, Robert told me, is the ability to practise indoors very easily.

You certainly couldn’t practise with a Phantom that easily indoors!

Robert also posted the unmodified footage so we could see exactly what the GoPro mounted to the micro quad originally captured.

It’s an impressive final result, and well worth the effort, although it came at no small cost. Robert also sent me a photo of his “GoPro Graveyard”, filled with failed GoPro science experiments. 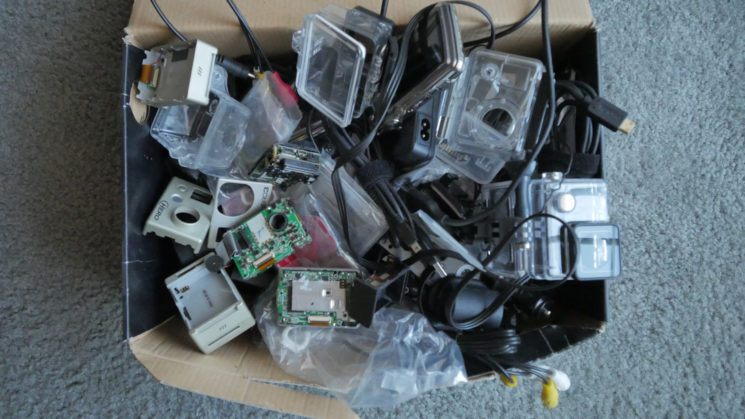 The things we do and sacrifice for our passions.

What do you think? Are you ready to start hacking up your GoPros? Or will you stick with slightly larger drones for your filming? Have you made similar modifications to shoot footage you couldn’t otherwise get? Let us know in the comments.

Photographer Melts The Face Off His GoPro In A Volcano; Luckily The Drone Survives