The military of defence in Ukraine has recently released a video that shows a Ukrainian soldier dismantling a Russian military surveillance drone. Standard stuff perhaps, but what is interesting is that the camera that is being used inside is a good old low-end Canon DSLR.

The video shows a soldier sitting next to what it says is a Russian Orlan-10 unmanned aerial vehicle (UAV) that had crashed in Ukraine, and comments on how surprisingly low-tech the whole device is.

The heart of the surveillance device is a Canon EOS Rebel T6i (AKA 750D), a DSLR that came out in 2015 and you can now pick up the body only for a few hundred dollars. The camera is held in place by nothing more than a bit of velcro. The mode dial has been glued into a fixed position, presumably to avoid accidental changes. 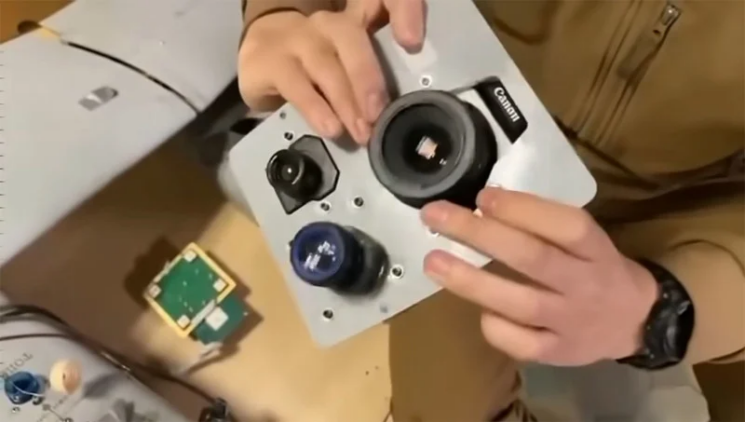 There are two other cameras visible. There isn’t any info on those but we can surmise that in the image above the one on the bottom left is probably an FPV camera transmitting to a monitor or goggles on the ground, whilst the other is most likely to be some kind of infrared camera.

For a piece of equipment reportedly costing a total of $87,000 and $120,000 a unit, why on earth would they be using something as heavy and clunky as a cheap Canon DSLR? 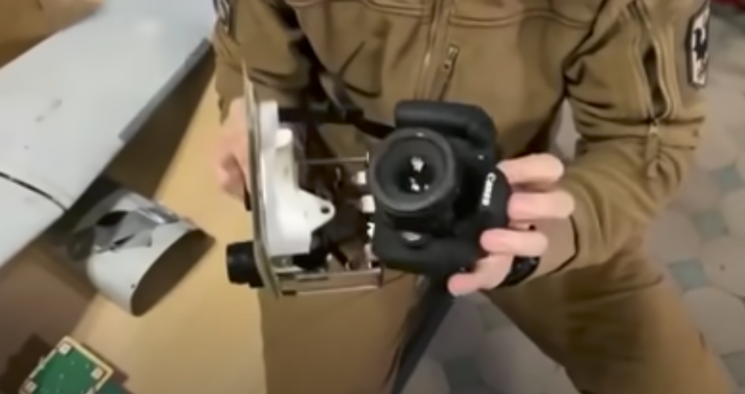 Well, we have a few guesses here at DIYP. Russia doesn’t make their own digital cameras so is stuck with using what is on the market. It’s entirely irrelevant which brand they are using, it could just as easily be a Nikon Z6. Furthermore, these digital rebels are 24.2 MP, easily available and cheap. Plus it’s easy to control them remotely and wouldn’t take a lot to hack the system to suit their needs. The drone itself is fairly large so weight probably isn’t such a concern.

Canon Europe announced in March that they have suspended shipments of new products into Russia.