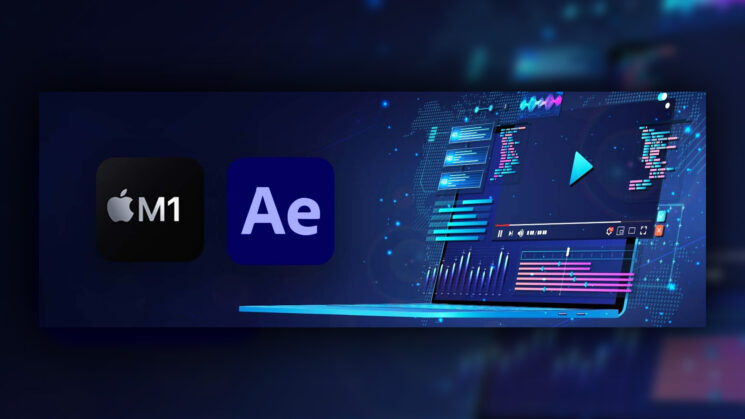 If you’re an Apple Silicon user that uses Adobe After Effects, you’ve probably Googled “when the hell will After Effects get M1 support?” at least a handful of times over the last couple of years. Even before writing this post, I did a quick search and found a bunch of Reddit and social media posts complaining about its absence. A beta version was released last October, but as with all betas, you can’t rely on it for actual production work for paying clients.

Well, today, you can finally relax and celebrate as Adobe has announced that Adobe After Effects for Apple M1 is now out of beta and has been officially released. It boasts up to 2x faster performance on M1 and 3x M1 Ultra systems compared to previous generation macs. Sensei machine learning features like Roto Brush 2 are also much faster as is ProRes decoding and rendering. 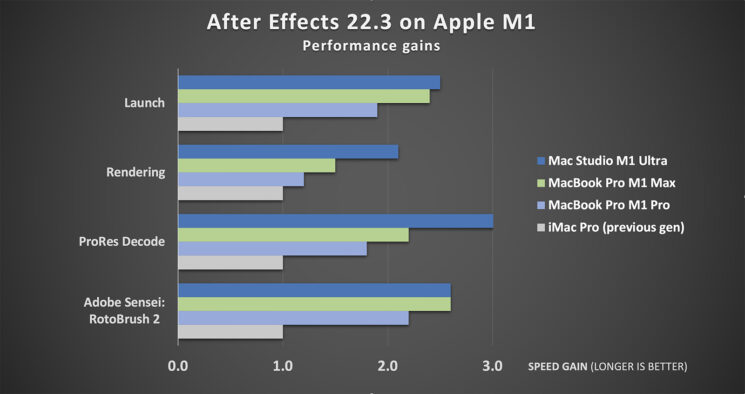 But M1 support isn’t the only new addition to Adobe After Effects today. Adobe After Effects for all platforms also includes a new Scene Edit Detection feature, powered by Adobe Sensei, which identifies cut points in rendered sequences. This feature’s been in Premiere Pro for a while now (and other editing suites, such as DaVinci Resolve), but its addition to After Effects is going to make the lives of motion graphics designers much easier. 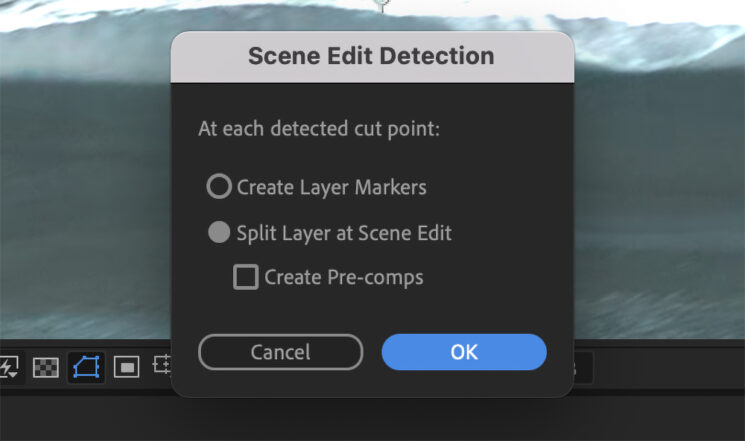 When using the Scene Edit Detection feature, you can choose to either simply create layer markers along your timeline or you can actually split the video up until multiple layers on each edit, allowing you to quickly and easily access each of them individually. 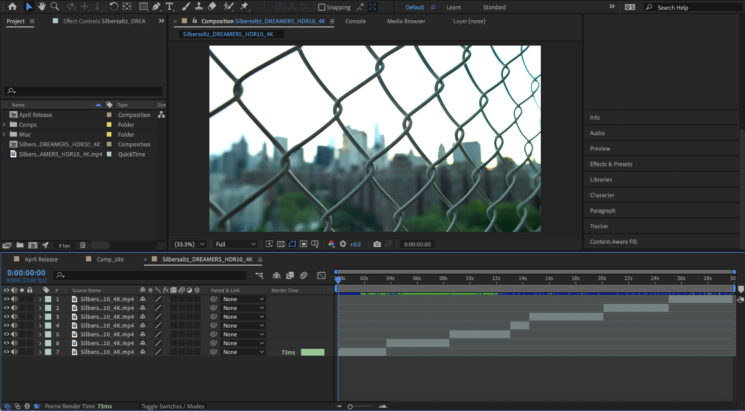 And for those who often work in 3D, you now finally have the ability to extend the view of your scene beyond the viewport, similar to how most regular 3D applications work. 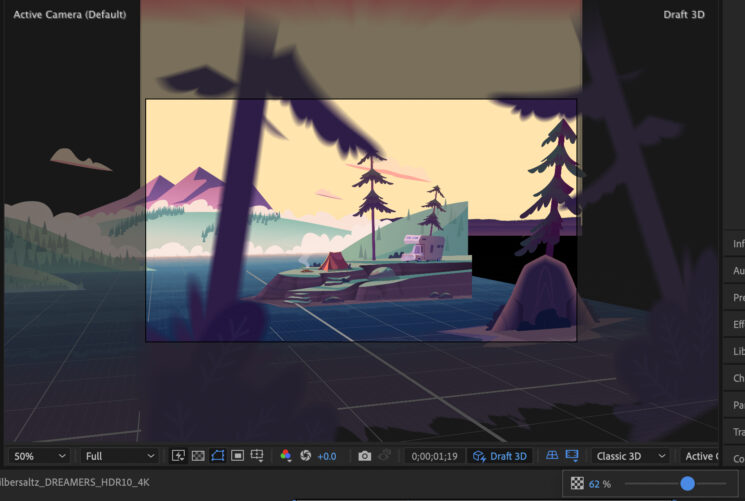 Adobe Premiere Pro also sees some new updates, with a new Pro Import mode, a new header bar for easier navigation (especially for newer users), a new export mode that lets you optimise and post directly to platforms like YouTube, Twitter and Facebook. 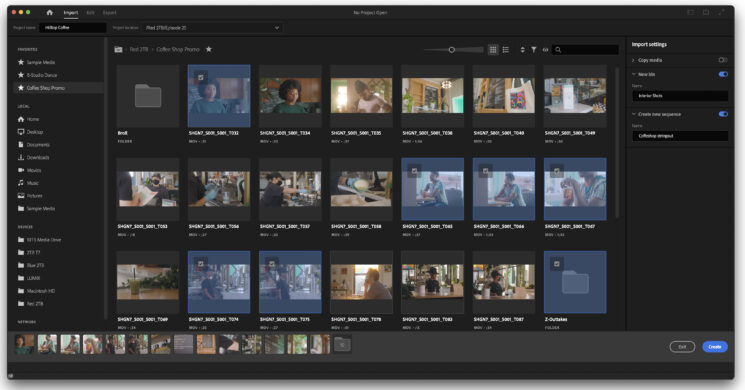 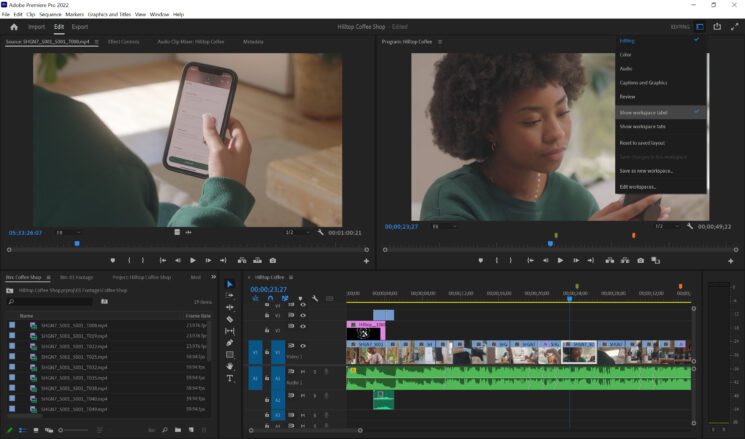 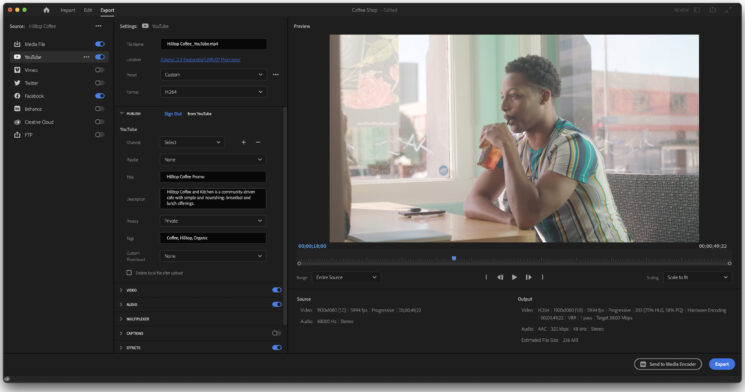 Premiere Pro also sees a new Adobe Sensei-powered Auto Color feature to help you speed up your first-pass colour correction. Auto Color applies “intelligent” adjustments to your scene in order to help you create a more accurate starting point for your secondary colour correction. It uses the standard Lumetri panel and the settings it applies are reflected in the sliders. And this isnt’ like “Auto Color” in Photoshop where it just changes everything but doesn’t tell you what it’s done. You have access to all of the changes the feature has applied in the Lumetri panel and you’re still able to manually tweak and override them after it’s done its thing. 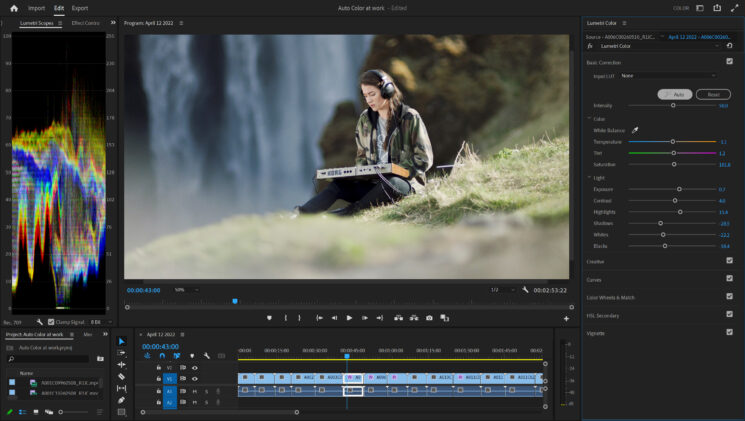 You can also apply this to an entire file. So, if you end up cutting a single recording up into 20 different clips dispersed throughout your timeline, you only need to run it once and they’ll all update together. I don’t expect that Auto Color will be perfect for every situation, even as a starting point, but when you just need to edit something together quickly that’s “good enough” for social media or something, then it could potentially be a big time saver.

And finally, Adobe Camera Raw finally gets Panasonic GH6 support today. I’ve seen a lot of very vocal people complaining that they can’t do anything with their Panasonic GH6 raw files yet, so this will make some people very happy. The latest update also brings support for the Canon EOS R5c, which is going to make fewer people happy, because who really buys an EOS R5c to shoot stills? Either way, support for them both has now been added and you should be able to access and edit them in Photoshop, Lightroom or Lightroom Classic. 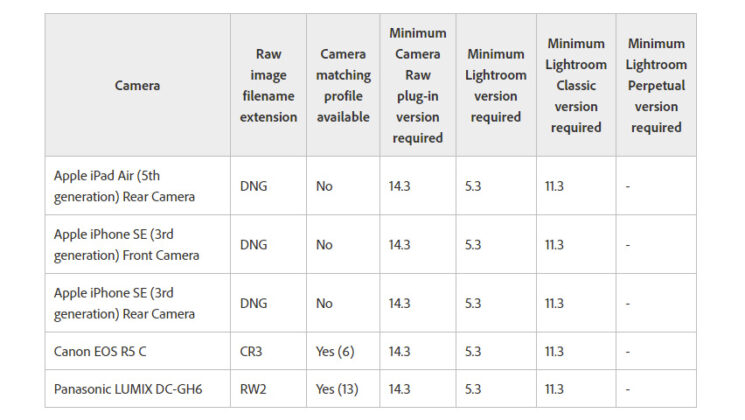 The new versions of both After Effects and Premiere Pro are coming in a “phased release” beginning today, April 12th. They say that over the next few days, the new versions will be rolled out to all users via the Creative Cloud desktop app. So, if it doesn’t appear for you today, just keep checking back. The newest versions of Photoshop and Adobe Camera Raw should be available to download through the Creative Cloud desktop app now.