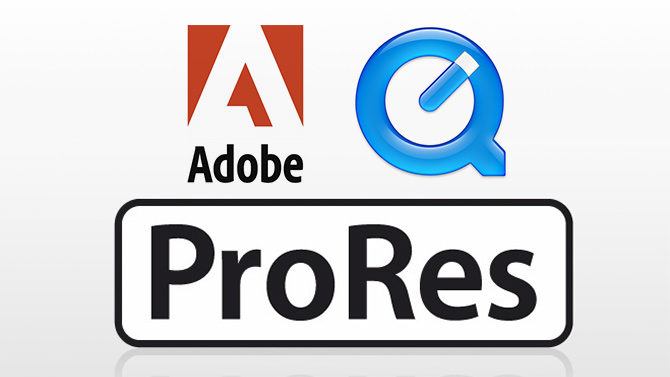 Many Windows based video users have been concerned lately regarding security flaws which led Apple to pull all support for Quicktime for Windows, with the Federal Government going so far as recommending that Windows users completely remove it from their system.

Adobe have today announced a response to this issue, declaring that they are adding native support for ProRes into their products.

We’re pleased to announce that Adobe has been able to accelerate work that was already in progress to support native reading of ProRes. This new capability is fully licensed and certified by Apple

That Adobe have responded so quickly tells me that they’ve probably had this in the works for a while.  At least now Windows users can rest easy knowing that they’re not forced to use software with known vulnerabilities in order to go about their daily work.

(Yes, I realise that a few of you will immediately see some irony in that last statement).

The support being introduced for ProRes is read-only, but this was the limit of support Windows users were receiving from Apple already.  The lack of ProRes export is probably the single biggest reason why DNxHD and DNxHR have become so popular amongst Windows users.

Speaking of which, Adobe are also planning to extend their DNxHD/DNxHR support to include native export of .mov wrapped files using these codecs.  Also planned are support for reading AAC Audio, PNG Compressed frames and reading/writing of Animation frames.

With virtually all of the popular codecs, including QuickTime, becoming natively supported in Adobe software, this will definitely go a long way towards removing the dependence upon third party codecs in order to read and write files, improving workflow and hopefully performance.

Adobe thanks Apple for their support and timely certification of our new native technology for our Creative Cloud applications. We’d also like to thank our users for their support in helping us test our work as we have accelerated release of our native media support plans.

Adobe are looking to support as many legacy formats as possible, but admit that some less commonly used, older and obscure formats may never be natively included.  Users will need to find a way to transcode such footage into something more standard if they want to use them in Adobe’s products.

So, good news for users of Adobe’s video products for Windows, and Adobe are expected to roll out the update “shortly”.

Is this the response you’ve been hoping for?  Or will you still keep the Apple codecs installed anyway?  Let us know in the comments.

Apple is killing QuickTime for Windows, how will this impact your workflow