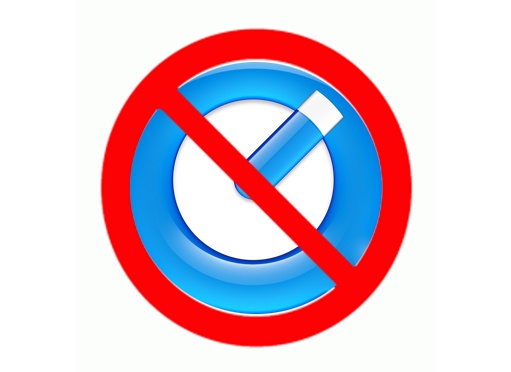 Apple is now doing to Quicktime what Adobe did to Flash a few years ago. Not for the same reasons, but the impact is similar.

Apple has stopped updating its Quicktime software for Windows and now the United States Computer Emergency Readiness Team issued an Alert (TA16105-A), which recommends Windows users uninstall Apple QuickTime from their computers. While I’d guess Quicktime was not the favorite player for many, there are several dependencies within Premiere that will make this move very unpopular with video editors.

So, what’s the deal?

The alert states that “According to Trend Micro, Apple will no longer be providing security updates for QuickTime for Windows, leaving this software vulnerable to exploitation“. And this is unfortunate, especially since there are at least two known vulnerabilities that Apple are aware of and will not be fixing.

So what, you ask. Just remove Quicktime from your windows box, right? Apple even provides an easy link explaining how to do that, and it should not take more than 2 minutes.

But Adobe released this statement, which notes that ProRes and DNxHD/HR are still dependent on Quicktime to work. Now, by a show of hands, who is using ProRes or DNxHD/HR. Everyone!

Unfortunately, there are some codecs which remain dependent on QuickTime being installed on Windows, most notably Apple ProRes. We know how common this format is in many worfklows, and we continue to work hard to improve this situation, but have no estimated timeframe for native decode currently.
Other commonly used QuickTime formats which would be affected by the uninstallation of QuickTime include Animation (import and export), DNxHD/HR (export) as would workflows where growing QuickTime files are being used (although we strongly advise using MXF for this wherever possible).

And this is bad. I mean, it is not necessarily the best codec around, but it’s the codec that everybody’s transcoded their footage to ever since we started shooting HD. ProRes is basically the gold standard editing codec. It has (almost) no quality loss, it supports alpha  channel,  and well… it is like .doc is for documents :) or at least how it was in the 90’s.

If you are a video editor, you know what I am talking about.

So, if you take out Quicktime, you are basically left without the ability to use two of the world most common editing codecs: ProRes or DNxHD/HR.

What can you do?

Well, if your editing computer is solely used for editing, you can cut it off the web until Adobe finds a fix for that. Not fun, but not that bad.

If you are using your computer for editing, as well as everything else, you won’t like it. It’s either or, either you keep access to all your ProRes and DNxHD/HR footage and put your computer at risk, OR you fortify your computer by uninstalling Quicktime and lose access. Not the best of options.

If you own an external recorder like the Atomos Ninja or BlackMagic Video Assist I am not even sure what the right recommendation for you be, this thing records in ProRes or DNxHD, and even if you want to switch codecs, you would need something to read off from the Ninja to transcode.

Did we mention the heaps of files that are ProRes / DNxHD/HR encoded and need to be transcoded now? Here, we are mentioning it now.

Or, you could, you know, get a mac, but I am not sure you would want to limit yourself to a single machine to read your files. Remember Betamax, that did not go well, did it.

I guess we will see a huge shift to CinemaDNG made by Adobe. The other two popular options have just been made Apple only (at least for a while), but CinemaDNG is an open file format. This means more security in its continuation and availability.

I am also guessing that Adobe’s software engineers will spend the weekend at the lab trying to crack this down. Adobe can not allow themselves to leave its users with the be-vulnerable or lose-access-to-your-files dilemma. Even if it is not their fault.

Lastly, I would be very curious to see what will happen to Atomos Ninja, (and others). My guess is that we are either going to see a huge price drop or (preferably) a firmware upgrade. If you are in the market for a recorder, you may want to wait a bit for the fog to clear. (we asked Atomos, lets see what they answer).

What about you? what are you going to do?