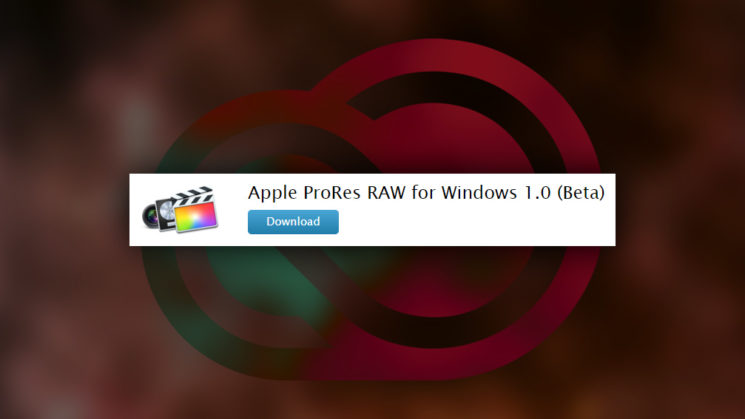 ProRes RAW was lauded as a high-end raw video codec for high-end video shooters and editors. But it had one fatal flaw; You could only edit it with a Mac. Well, now that appears to be changing as Apple has released a beta of Apple ProRes RAW for Windows which adds ProRes RAW support to some of the applications in the Adobe CC suite including Premiere Pro, After Effects, Rush and Media Encoder.

There isn’t much information yet, and this is a beta, so Apple might just be testing the waters and then turn around and cancel it. But, with the beta now available, they’ve kind of let the cat out of the bag.

The only System Requirements are that you’re running Windows 10 64-Bit. So, if you’re still clinging onto Windows 7, you’re probably out of luck. But if you try it and it works, let us know.

Hopefully, they’ll decide to pursue it, and widen the support for the operating system as a whole. After all, a lot of folks have switched from Premiere Pro to DaVinci Resolve lately, and even if not for editing, Resolve is still the best out there for colour grading. And non-raw ProRes has been a staple in video editing for years now – Windows editors included (even if they can’t export it, just read it).

But, this is Apple we’re talking about. So, who knows what they might be planning for the future?