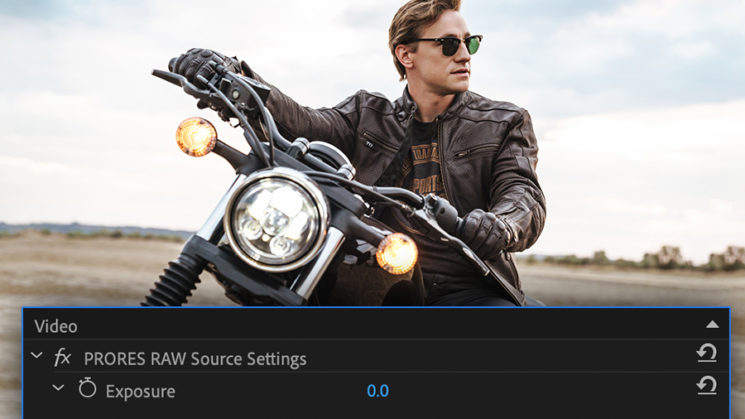 It was only six weeks ago that Apple released a beta plugin to allow Adobe Premiere Pro, After Effects, Rush and Media Encoder to read video files recorded in ProRes RAW. Now, it seems that plugin is no longer necessary as Adobe has just announced native ProRes RAW support for both Premiere Pro and After Effects in the latest update.

As well as ProRes RAW support, Premiere Pro also gets an improved pen tool and finally sees GPU acceleration on Windows for h.264 and h.265 (HEVC) files with both Nvidia and AMD GPUs – which should massively speed up those renders. After Effects gets a new “tapered shape stroke” feature, as well as concentric shape repeaters.

Although the ProRes RAW support is big news that’s going to be welcome to a lot of video shooters, particularly those that own the Atomos Ninja V, probably the most celebrated addition will be that it’s finally getting GPU acceleration for h.264 and h.265 codecs. Filmmaker Armando Ferreira got his hands on a copy early and posted a video showing the difference it makes to his render times.

GPU acceleration was one of the major reasons I switched to DaVinci Resolve earlier in the year, and the time savings are amazing, especially if you have to render out a lot of stuff regularly. My 1080p and 4K renders now go out in about a third the time that they did using my CPU through Premiere Pro or Adobe Media Encoder.

The exact performance gains you will see will depend on the CPU and GPU contained within your system. But unless you’re running a really old GPU with a bleeding-edge CPU, you’re more than likely going to see at least some level of improvement. Now that Premiere Pro should see similar render performance to DaVinci Resolve, it’s going to make life a lot easier for those Premiere Pro users.

To help optimise the workflow speed, Premiere Pro also now lets you filter the effects you’ve placed on your clips to only show you those properties that have had keyframes applied to them. This means you won’t have to go digging through countless effects to try and find that one thing you set but can’t find. Now, all your keyframes are easy to find. Support for audio files in the Creative Cloud Libraries has also been added, along with an improved Pen tool with better bezier curves.

When it comes to After Effects, that’s also received ProRes RAW support, but also sees a couple of changes to shapes. Tapered Shape Strokes lets you make all kinds of different stylistic strokes on your shapes, including tapers, waves, points or rounded. Jason Boone posted a video going through the feature and how it works.

The other major feature coming to After Effects is the Concentric Shape Repeater, with new parameters to help you more accurately create copies of your path that radiate outward or inward, but in a much more useful and accurate way than simply scaling. Adobe posted a quick (non-narrated-but-subtitled) video on this feature.,

You can read more about the updates to Premiere Pro and After Effects in the latest update on the Adobe blog here and here. And you can download the updates using the Creative Cloud desktop app.