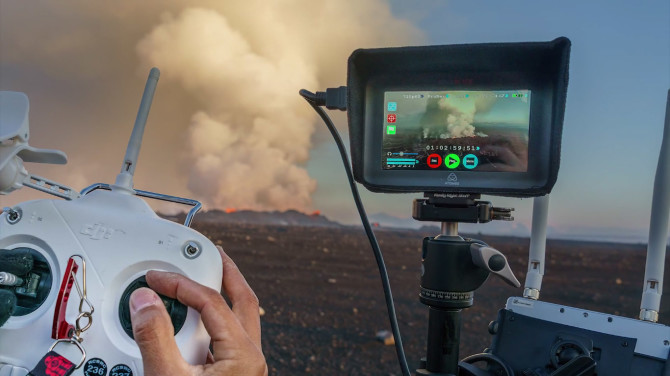 Most of us would consider it a bad day at the office if we accidentally destroyed one of our cameras. That is, unless the camera went out in a blaze of glory similar to what happened to Eric Cheng and Ragnar Th Sigurdsson’s GoPro when they flew it over an erupting volcano in Iceland, as documented in the wicked video clip from DJI Phantom, below.

At first, the team had proximity concerns after learning of park regulations that restrict vehicles access to certain areas of the lava field. The photographers wouldn’t be able to drive close enough to the volcano to fly the drone over the eruption without the drone going out of range. The team then asked park rangers if there were any other possible way to get closer. Though the rangers didn’t exactly recommend the team physically walk to the site, they did offer up exercise as a potential solution.

Naturally, they suited up in gas masks and heavy duty boots, tossed their DJI Phantom II / LightBridge / GoPro 3 combo in a backpack and started walking in to have a closer look. Listen to Cheng’s account of the experience, here: (Spolier Alert: The GoPro doesn’t survive.) 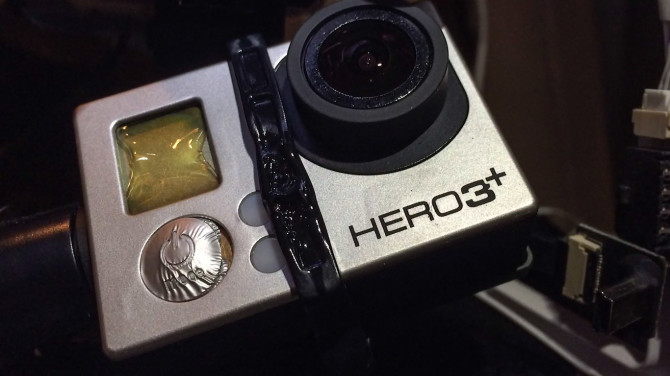 At least the memory card was salvageable!