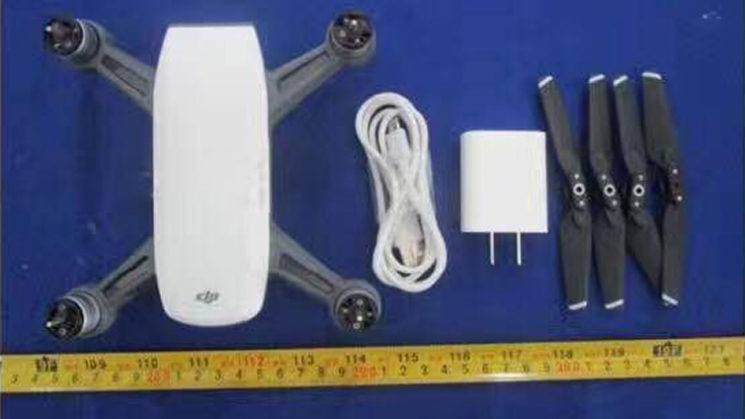 I’ve seen a lot of talk on Facebook lately about a new Mavic potentially on the horizon recently. Either a much more advanced version with better video, or a cut down, less expensive alternative. In a similar fashion to their Phantom lines which have typically had 2 or 3 different models for each major version.

It seems, though, that both of these lines of thought might be wrong. Earlier this month, DJI filed a trademark application for the “Spark”. Now, photos have been leaked for what appears to be a new DJI drone. Could this be the DJI Spark?

Looking at the images, it seems much smaller than even the Mavic, although the legs do not appear to fold. Looking at it side-by-side compared to the USB charger and the tape measure, it appears to be about 6″ (15cm) long. 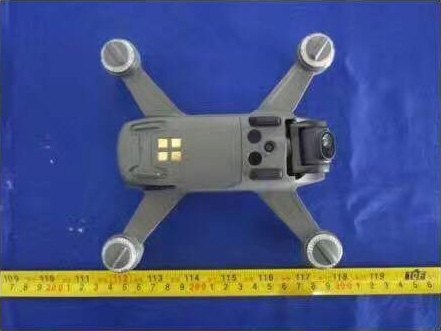 From the image, it appears to contain some form of ground sensor system. Presumably this is to help aid with automated take-off and landing, as well as for position tracking. The camera on the front looks to possibly be a 2 axis gimbal.

Despite already being quite small, the legs don’t fold. It’s only about 6″ long, but it’s also about 5″ wide. This means it’s probably not going to be able to slip into your pocket as easily as the Mavic. It’s small enough, though, that it should take up little room in even a small backpack. 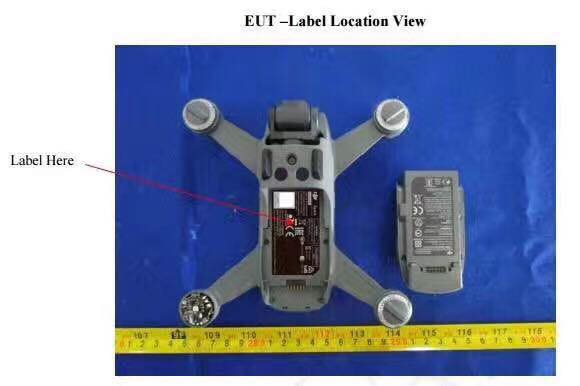 The bottom cover is removable, and exposes the battery. The battery looks to charge while inside the device. Presumably, however, you’ll be able to buy spares, and an external charger, too.

I’m guessing it’s DJI’s answer to the “Selfie Drone” thing that seems to be happening lately. Low budget short range drones, designed to just throw in the air, grab a quick photo or video clip and then return. Most of them, though, don’t seem to be very good from what I’ve seen. If it is indeed a selfie drone, it is likely controlled via smartphone app over WiFi rather than a dedicated controller. Not seeing a controller in any of the photos also suggests this may be the case.

Perhaps with a little DJI magic, we might finally get one that’s worth buying.

Ok, that last statement might be a little unfair. The Yuneec Breeze 4K is rather good, certainly better than most of the alternatives. However, its camera contains no gimbal. Which, if these images are the Spark, would certainly give DJI the edge.

« What can stock photo searches tell us about perception of women in advertising?
Should only your logo represent your photography business? »