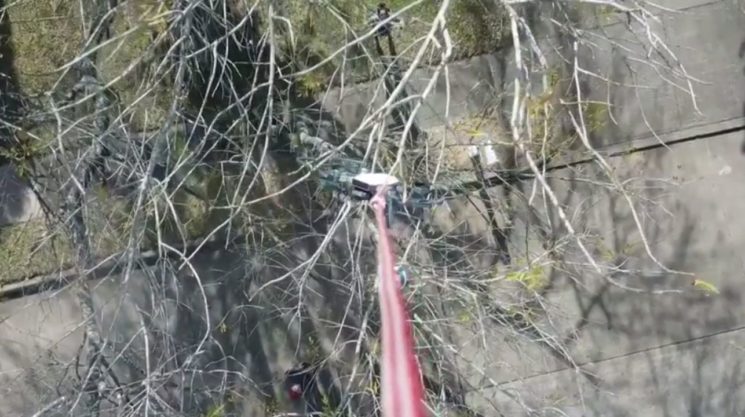 We’ve seen drones being used to knock down other drones. But have you seen a drone being used to save another drone? Redditor DubitON did it and he filmed the action of saving his neighbor’s drone when it got stuck in a tree.

Saved the neighbor’s new DJI Spark from the tree.

DubitON told DIYP that his neighbor got a new DJI Spark and managed to land it in a tree on his very first flight. Well, that would probably happen to me as well, I can’t blame him. When the drone got stuck among the branches, the neighbors tried knocking it down with a ball. But, ironically, even the ball got stuck up there.

But, DubiotON saved the day. He grabbed his DJI Mavic, tied a rope and a coat hanger to it and “went fishing,” as he tells me. He turned the video to shoot the entire rescue operation. And at his very first attempt, all went smoothly and he managed to return the Spark to its owner.

I have to say this is a pretty clever idea, and I’m surprised at how smoothly it went after only one attempt. So, if your drone ever gets stuck in a tree, I hope that you have a good neighbor who also happens to be a drone enthusiast, so they can help you out.

« 3D printing lenses is now a thing and you can make them yourself
These portraits are entirely AI-generated, these people are not real »