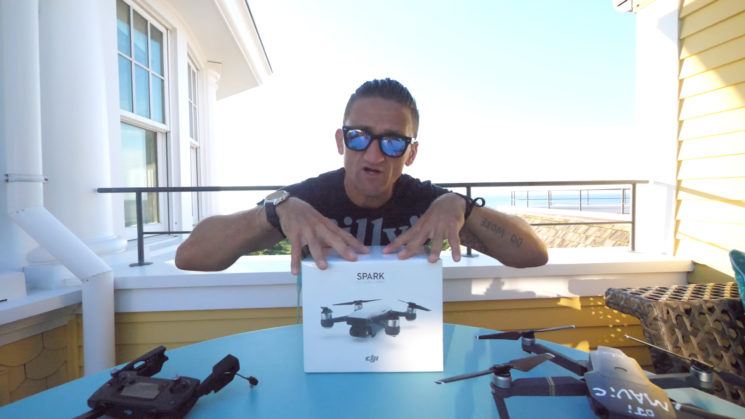 We’ve seen a couple of videos now comparing the DJI Spark, but only using a phone as the controller. This means it has pretty limited range, and the handling isn’t that great. Of course, there is a separate controller available for the Spark, but it’s been “coming soon” since release. So, nobody’s tried it. Until now.

Not surprisingly, Casey Neistat is one of the first to get his hands on the Spark controller. In this video he puts it head to head with his Mavic Pro. This is something he’s done before with a prototype unit. But now he has the retail release and it comes with the controller. Is it worth the extra cost? Or should you just save for a Mavic? Casey’s video should help to answer that question.

First, though, let’s look at the basic cost of each unit.

The first thing Casey notes is the size of the case each drone travels in. Although the Spark is much ligher and smaller (with the legs out) than the Mavic, the bags are pretty similar in size. You still need all the associated bits to go with it, so there’s not really any space saved by going with the smaller Spark.

Taking things out of the bag, it’s time to look at the Spark controller. It appears to be about the same size and shape as the Mavic controller, but without the LCD. Let’s face it, though, who uses that LCD? You can’t read it in bright conditions anyway, and all the same info is on your phone or tablet. He does mention that the Spark controller feels a little lighter and “cheaper”, though. 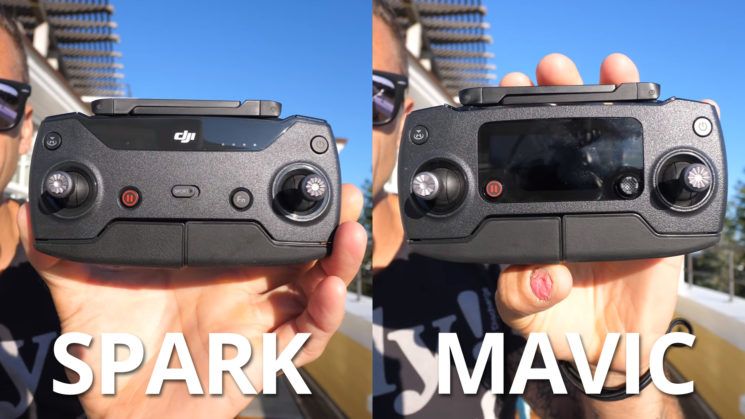 Casey then talks about the differences between using a controller and a phone. The two biggest points being the tactile feeling of using actual joysticks and the mobile WiFi signal. Mobile WiFi just doesn’t have the power to give you any kind of real reach. He says with a phone, he could never get the Spark more than 70-80ft (21-24m) away from him.

Although the controller doesn’t affect the quality of the footage, I have to say this is probably the cleanest Spark footage I’ve seen to date. The colours look great (I’m watching on a calibrated wide gamut IPS display) and there’s quite a lot of detail. As tiny 1080p cameras go, it seems to be a winner. 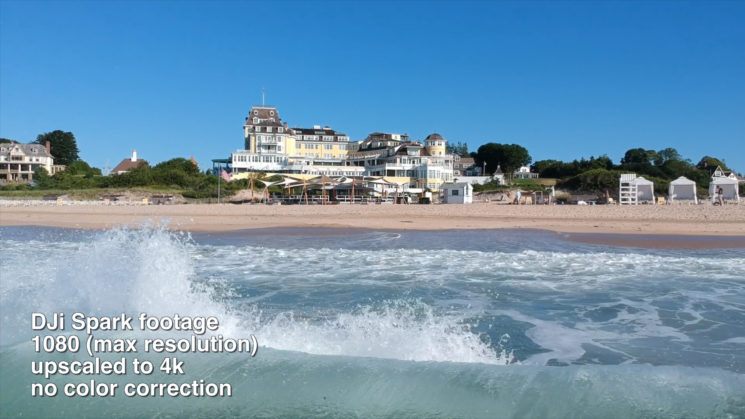 When you compare the two side-by-side, though, even on a 1080p display, there’s a rather noticeable difference in quality and sharpness between the two. 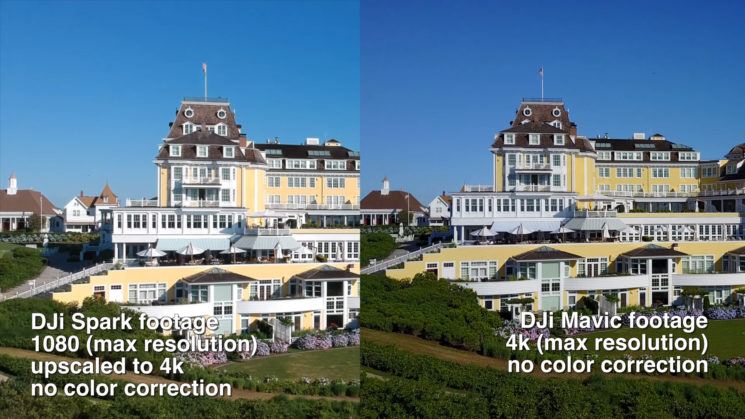 That being said, on its own the Spark’s footage is still quite impressive for what it is. A tiny 1080p flying camera. I was also quite impressed by the stability of the footage. Especially given that the gimbal is only a 2 axis vs the Mavic’s 3 axis gimbal. Presumably the sticks make it a lot easier to keep it going straight vs the touchscreen UI of a mobile phone.

The range, too, with the controller is much greater than that of mobile WiFi, as one would expect. It’s unlikely you’d be able to get this kind of height on the default Spark without losing signal on your phone. 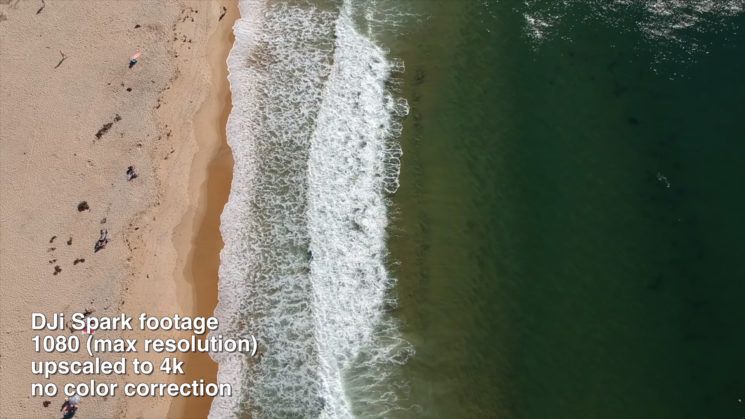 Overall, it’s a very favourable review. Of course, Casey is a bit of a DJI fanboy, so that’s not too surprising. But even he looked rather impressed at some points during the video. You can’t really hide those expressions, and let’s face it, he’s not much of an actor (sorry, Casey).

Casey’s advice is that if you’re a novice, you’re new to drones, and you’re looking to pick up your first, then it’s probably a better investment. But, if you have any experience at all with a drone and have any type of aspirations of shooting quality footage, get the Mavic.

Ok, sure, so one is a “fly more” package and the other is the base model without the extras. But, the base model Mavic doesn’t need the extras. It already comes with the controller. And you don’t really need the extra battery, either, for the purposes of this comparison. The larger Mavic Pro battery lasts almost as long as two tiny Spark batteries (27 vs 32 minutes). So, it’s a fairly like-for-like comparison.

I’d pretty much made up my mind that my next drone will be the Mavic the instant the Spark announcement came. But, this does reinforce the decision I’d already made.