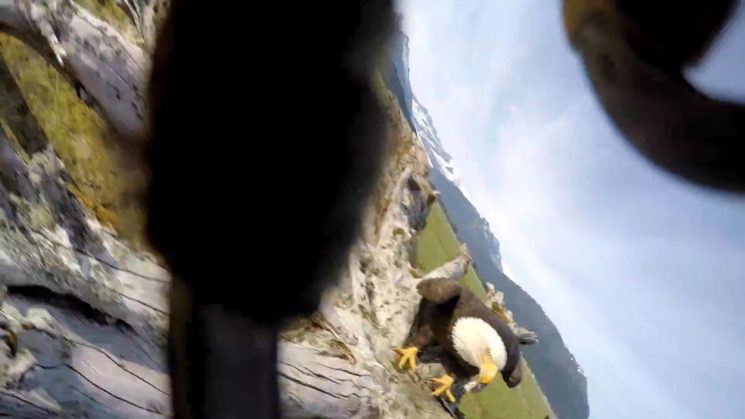 Animals stealing cameras is quite entertaining. They don’t really do it on purpose. They often just mistake it for something else. Food, usually, or… a mate. Sometimes they are just curious. This particular footage, though, shows an animal one doesn’t often interact with. Bald eagles.

On this particular occasion, glacial researcher Matt Beedle was in Juneau, Alaska. Photographing the eagles from afar, he attempted to coax them in to land with some scraps of left over salmon. To get a closer view of the situation, he left his GoPro Hero4 Silver nearby. Just as one eagle landed on a piece of salmon, another grabbed the GoPro and flew off to land in a tree.

The footage was originally shot in May, 2015. Beedle posted a slightly longer video to his Vimeo account that October. But it remained largely unnoticed until GoPro themselves saw it. And, as expected, there’s an amusing story to go with it, which Beedle documents in his original upload.

It certainly presented Beedle with a unique set of images. Here you can see the first eagle from another perspective with the GoPro clearly in the shot. 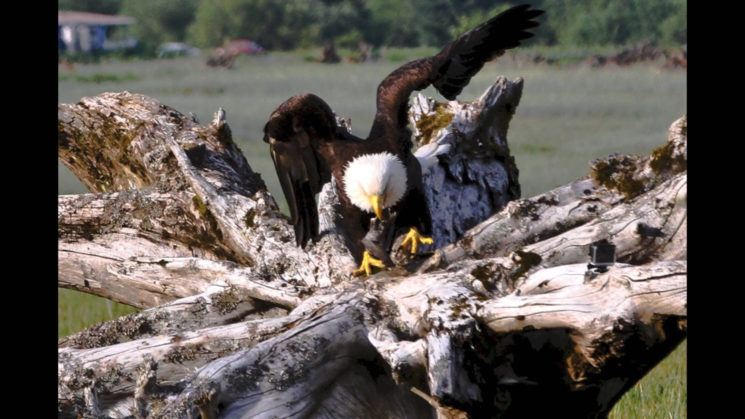 Anotehr shot shows it swiped and taken away by a second eagle. 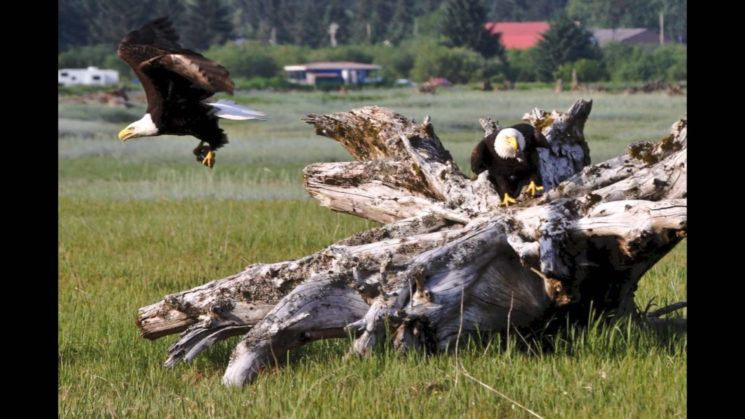 Beedle says that they searched beneath the tree for about two hours before it got dark looking for the camera. The following morning, he got permission from the owners of the land in which the tree stands to climb it. 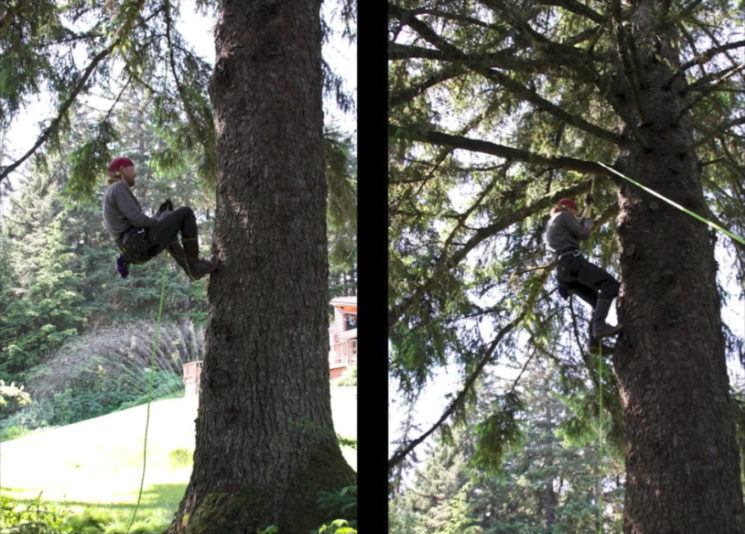 After spending an hour and a half in the tree, unable to locate his camera, Beedle accidentally shook it loose while climbing back down. Now reunited with his camera we can only begin to imagine his excitement at what it may have captured.

It was fortunate for him, though, that he managed to find the camera again. And for us, too, so that he could post the footage online.