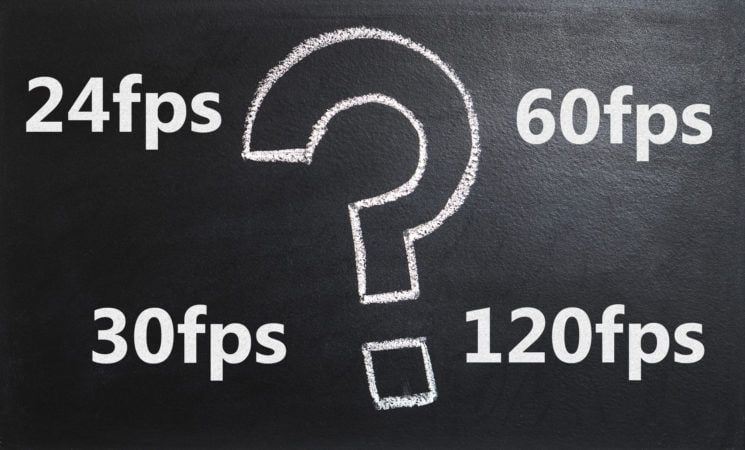 When you start shooting video, there are plenty of things to learn, and one of the first things to master is definitely the frame rate. If you’re just starting out, filmmaker Brandon Li has made one of the best video tutorials for all the newbies in video shooting.

He explains how and why to choose a certain frame rate, but also – how to determine frame rates for different subjects. So, if you’re new to filming, this video contains a lot of useful knowledge and practical examples that will boost your knowledge in only a couple of minutes.

What is a frame rate?

A frame rate is a number of pictures your camera takes per second, which then get animated into a motion picture.

What is a base (project) frame rate?

Base or project frame rate is the frame rate your camera records to produce 100% realistic speed. The standard is 24fps for movies, 30fps for TV/broadcast, and for PAL broadcast it’s 25fps.

Basically, creative frame rates are those that slow down or speed up the regular time. You manipulate them in post to stretch them out or compress them in order to fit your project frame rate. For example, if you shoot at 60fps and set the footage to fit the 24fps timeline, you’ll create a slow-motion effect. If you shoot at a lower frame rate (such as 12fps), you can make the footage speed up.

Another problem is that different cameras record different quality with different frame rates. The basic rule is that the base frame rate produces the highest quality image, and it’s generally 24, 25 or 30 fps.

Choosing a frame rate based on the subject

Sometimes, you’ll need to compromise the quality for the faster frame rate, so you can get the result you want. And Brandon gives some great advice how to choose the frame rate based on your subject and your desired final look of the video.

0fps (still images) – you can use still images in your videos to create animated sequences.

1-15fps – use this when you want to speed up the video in post and create a fast-motion effect. It’s good for creating motion blur.

24 or 25p – it’s considered a standard frame rate and used on many occasions. It’s ideal for dialogs that will be played in real speed. It also works for landscapes, when you want to preserve as many details as possible and there are no moving subjects.

30fps – while it can be a project frame rate, it can also serve to give you a bit of a slow-motion effect when you stretch it onto a 24fps timeline. It can also give a bit of smoothness to the shot when you conform it to 24fps.

48-60fps – it’s, so to say, “normal slow motion,” the one we see all the time in movies, music videos, and TV shows. You can use it to add a bit more grace to the subject, or for the people who are laughing, clapping or walking.

There’s another quite useful application of this frame rate. If you’re filming people talking or singing and you don’t want to use the audio, you can also shoot at 60fps and slow the footage down in post. This way the subjects are “taken out of the reality” and the viewers’ brains find it easier to accept that they can’t hear the audio.

Another application is for the music videos. You speed up the song and the performer sings along, while you record at the higher frame rate. Then, when you slow the footage down, the song sounds as it should, and the video is in slow motion.

90-120fps – you can use these frame rates when you want to dramatically slow the footage down and almost “stop time.” Use a speed ramp to switch from normal speed to slow motion and draw the viewers’ attention to the crucial moment.

You can also use 90-120fps to stabilize the shots if you shoot handheld or with a telephoto lens. Slow the footage down, and you’ll get at least a few snippets that are acceptably stable.

180+ fps – these are specialty frame rates for super slow motion, and not all cameras can capture it.

If you want to use slow motion in your videos, it’s good to have in mind why you should (or shouldn’t) do it. Shifting the speed of the video in crucial moments can keep the audience engaged and interested. Contrary to that, if the footage is in slow motion for too long, no matter how gorgeous it looks – it can appear dull.

So, to conclude –don’t overdo slow motion just because you can. Use the frame rates creatively and appropriately, and you’ll certainly end up with creative and engaging videos.

[Video Frame Rates: What You Need to Know via FStoppers]

« This high school kid bought a $20,000 RED camera
Bald eagle flies off with a GoPro thinking it’s a piece of salmon »