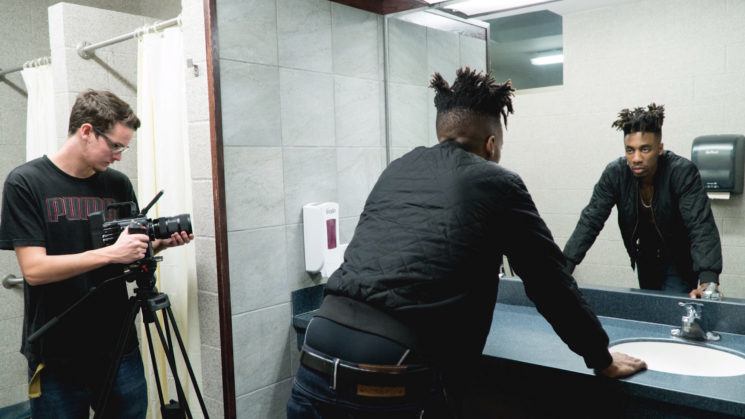 And, no, it wasn’t bought for him, nor did he get any no loans. He earned the money to pay for it himself, doing what he loves, over the course of about 9 months or so. Making films. It just goes to show what you can do when you set yourself a goal and dedicate yourself to it.

It all started as a joke, with friends. Getting a RED before he graduated high school. But then he thought more seriously about it. After calling RED to find out some information, he was told that there was an 8-10 month waiting list for the camera. But it would be a significant upgrade from the Sony A6300 he was using at the time as his main camera.

It was August 2016 when Thad first started to think about it, which meant he would make his way to the top of the list between March & May, 2017. But this date kept getting pushed back, and he initially placed a deposit on the RED Raven.

Being a high school student, he obviously has the workload one has while a high school student. On top of this he was shooting and editing every spare minute for clients to bring in an income and raise funds. He felt that he was barely able to handle it, but he stuck with it. 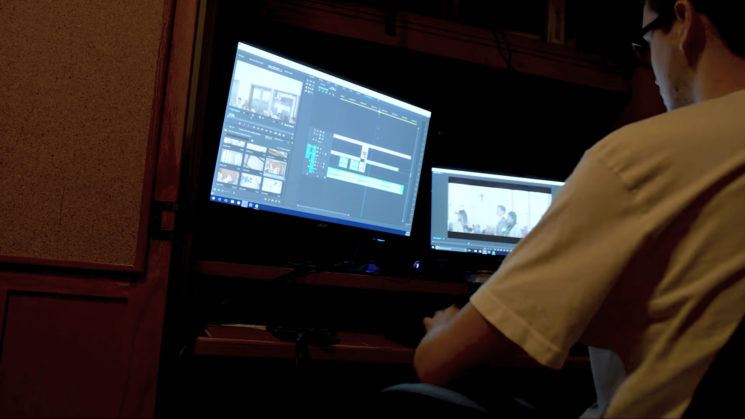 Three months after paying his deposit, Thad switched out his order to the RED Scarlet. This would add an extra $5K to the total price, but Thad feels the extra benefit the camera offers would be worth it.

On March 13th, Thad received a call from RED to inform him he’d made it to the top of the list and his camera is ready. All it needed was for him to pay the balance. He paid that day. $12K for the body only. On march 24th, it arrived. It’s fairly common knowledge that RED don’t actually include a whole lot with the camera itself. So, he still had about another $8K in accessories to add. These would bring the total up to $20K.

They came in over the next couple of weeks, and Thad created an unboxing video to show it all off. He also includes some obligatory test footage.

What’s most amazing to me about all this, is that 2 years earlier, he’d never even shot for a paying client. But equally as impressive is that he managed to get the funds together for this in around 8 or 9 months while dealing with his final year of high school.

Some might say this setup is overkill at such an age, but who cares what they think? It’s his money, he can spend it how he likes. And it’ll certainly put him ahead of much of the competition when it comes to capability.

Whenever people ask me for camera recommendations, I always tell them to get the most expensive one they can afford. As long as it offers all they need now, it works. If it offers a bunch of stuff they don’t need yet, they’ll grow into it. That’s all Thad’s done.

It really is incredible what you can do when you put your mind to it.

On the Sidelines with High School Junior at LSU Football

« Are photography schools officially dead?
Learn how to choose the best frame rate for your videos in just 10 minutes »