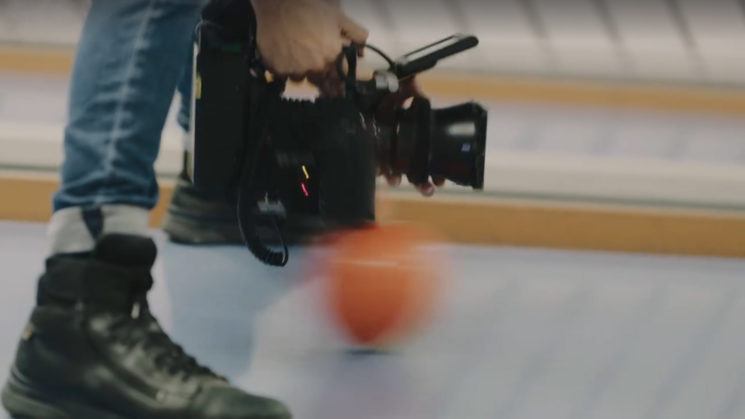 If one were to pay attention to Internet commentators, the big winner here is MXR Productions. They seem to have gotten quite a bit of traffic to their Facebook page since posting this video. While shooting a commercial for a bowling alley, they decided to get a shot of a ball approaching the camera. Unfortunately, the operator didn’t quite pull up early enough, and the ball clipped the bottom of the camera.

Shortly after the bump, we see the lens fall off the RED Epic camera, and a couple of chips from the bowling ball go flying into the air. Some have doubted its authenticity, but MXR Productions insist that the incident genuine, and not faked. Many Internet sceptics, however, disagree. Take a look for yourself.

It really does, at first, appear that the lens is simply being held on, with the camera carefully positioned to only clip the ball. However, you’d be holding the lens in exactly the same manner if you were, for example, focus pulling on a moving subject heading towards the camera.

Which is exactly what the camera operator says he was doing at the moment of impact.

They say that the hit from the bowling ball broke the lens adapter that was being used to mount a Nikon lens onto EF mount RED camera. They did point out later in the comments that this was not an official RED lens adapter, but a “cheap third party” one.

Adding a little more fuel to the fake fire is the fact that the incident has been recorded form a second camera, specifically focused on the “action”. Why would anybody do that unless they knew something was going to happen? right?

Personally, I’d say it’s fairly common practise to shoot behind the scenes footage on shoots for your own showreels, promos, etc. I do it all the time. Sometimes it’s an assistant holding a camera, sometimes it’s locked off on a tripod, and sometimes it’s an automated slider bouncing back and forth. Occasionally, it catches the odd mistake here and there.

I’m inclined to believe it was a genuine incident. I’ve bought a bunch of those cheap eBay lens adapters myself, and I know just how flimsy they can be, and how easily lenses can slide out of them if you’re not careful.

But what do you think? Genuine accident? Or a hoax? Does it even matter? Let us know your thoughts in the comments.