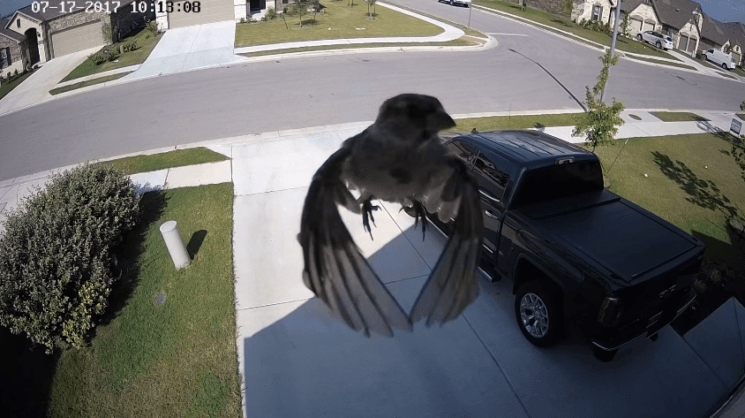 When the camera’s frame rate matches the fast moving objects (such as helicopter rotors), a weird effect can occur and make the subject look like it’s levitating. Al Brooks noticed this when he was reviewing the security footage from his surveillance camera. And this time, it’s not a floating helicopter – it’s a floating bird. And while it’s amusing to see, it’s also a great illustration of the “wagon-wheel effect.”

You can see more examples and a demonstration of this effect in the video below. It’s illustrated through the helicopter’s propellers, although, I must say – I find the bird much more amusing.